ELISA, armed with bachelor’s degrees in psychology and English, is getting her master’s in communication from Georgetown and is fascinated by the fact that Stephen Colbert’s instructions directly affect Wikipedia pages.  She lives in Washington, DC and it makes her happy to see all the beautiful domed buildings; the political significance is admittedly lost upon her most of the time. She did not know that Hannah Montana and Miley Cyrus were the same person until 2011, and she has spent more time reading interviews with Lady Gaga than listening to her music. She reads Penny Arcade but has never owned a video game console, she doesn’t get cable and her list of favorite famous people include Stephen Fry, Ellen Degeneres, Stephen Colbert, and John McCain.  She thinks that Jon Stewart’s interview on Crossfire was just the best thing ever and that you should look it up if you have time, which you do because you’re currently reading this.  She is woefully uninformed about politics. She wonders what’s going on over in Europe and stuff.  She is 75% or 400% less Asian than Evan, depending on how you measure it (and either 25% or infinity% more Japanese).  She reads lots of books but not as many as she would like and often finds that narrative is her only source of philosophical hope. She believes that fiction can be truer than factual accuracy. She is in love with the Pew Research Center.

She suspects that the human race is at a point unique to all of its history because of the near-universality of communication across industrialized nations. She doesn’t think that this will necessarily improve or bring the best out of human nature, but that it is a completely new field for the human psyche to operate; the nature of the mind, the collective unconscious, memory, art, and information are all developing in new ways in an environment that’s different from anything encountered by the human race ever before.  And that’s cool.

EVAN’S NOTE: Elisa and I began this blog back in the summer of 2011, and it was with great sorrow that we parted ways [as co-writers, not friends]. Her posts remain on this blog, and you can read her first post ever here, and her last one here. You can also check out her links under the blogroll on the right.

STEWART was born in the 1000 Islands Region of New York (basically Canada), and has spent the last couple decades floating around the Empire State. From a young age, he was destined for a career in biology, whether by nature or nurture (his father made him learn the Latin name for striped skunks at the age of, like, two. It’s Mephitis mephitis, in case you were wondering). Some of his earliest heroes were Bill Nye, Steve Irwin, Sir David Attenborough, and Han Solo.

In high school (literally his living room), he became torn between a desire to pursue science and music, so he hopped aboard the liberal arts train and attended Houghton College along with Evan and Gordon.  In the end he hated the idea of practicing scales every day for the rest of his life, and reptiles and amphibians were just way too cool.  Science won, but he also came away with a much broader perspective on a variety of disciplines.

Stewart is currently finishing a Masters degree in Wildlife Management and Conservation and starting a PhD so that he can eventually teach at the university level. He’s very passionate about preserving this little rock we call home, and all the incredible things that live on it.

Stewart is concerned with Anti-intellectualism in Western culture, climate change, sustainability, racial and gender inequality, alternative music, and how dumb the new Pokémon got after the first few generations.

Click here for context. It’s worth it, trust me.

EVAN’S NOTE: It was much to Stew’s chagrin and my disappointment that his tenure on this blog began and ended in roughly the first half of 2015. That being said he filled the science-shaped gap on the site with a handful of posts, the first and last of which you can find here and here, respectively.

KATHERINE was born in British Columbia, Canada. She is the youngest in a blended family of seven and, as such, is now the proud auntie of 14 nieces and nephews. As a kid she imagined she would end up living in some remote jungle in Africa when she grew up, but after working for a year in Niamey, Niger in 2010/2011 she realized how difficult it would be living apart from her amazing (and ever-growing) family long-term.

Unsure about her future in international work, she decided to return home to go back to school. In her first year back at university she met pretty much the coolest guy ever, so she decided she better marry him. Lucky for her he decided the same and as of August 2013 they will be stuck together forever.

Katherine is currently pursuing an English honours at the University of Victoria. Her biggest passion in life is social justice, though she is constantly learning how every issue is more complex than it seems at first glance.

Some of the issues Katherine is concerned about include, North American consumerism, the misrepresentation of women in media, Canadian prostitution laws, and systemic racism towards Canada’s First Nations peoples. She and John do a lot of dumpster diving and she’s been to a couple protests so she would like to think she is a social activist, but lots of her friends just call her Britta. 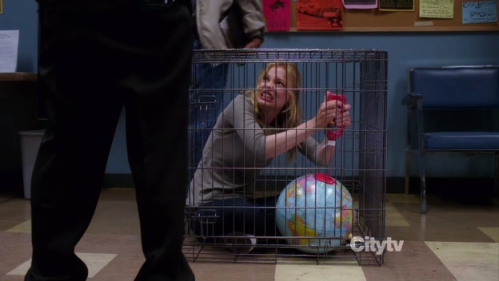 EVAN’S NOTE: After Elisa stepped down Kat provided the much-needed female voice on this blog for three long years, from 2013 to 2016. She gives her well-thought out reasons for departing here, and you can read her first-ever contribution to Culture War Reporters here.

2 responses to “Past Culture War Reporters”