“Sorry” Means Nothing Unless It Comes With Real Change: On Truth and Reconciliation in Canada and Beyond

Last semester, I took a course called “the Dark Side of Sorry”, which examined the Sorry Movement in Australia and the Truth and Reconciliation Commissions in South Africa and Canada. Since it was a literature course we spent part of the semester reading books that dealt with the effects of colonization in those three countries. 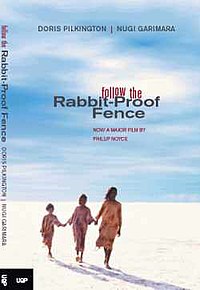 The novels we read explored the effects of apartheid in South Africa, the Stolen Generation in Australia, and residential schools in Canada on the lives of specific characters. In contrast, our critical readings examined the way each of those countries dealt with those events after they were nationally, and internationally, condemned. I want to touch on a few of the criticisms that were raised through our critical readings and discuss why those arguments are particularly relevant today.

“Suffice it to say that none of these unconventional projects was intended to lead to any gross violation of human rights […] It can, however, be argued that they did create an atmosphere conducive to abuses.”

– from the apology that F.W. de Klerk, the last South African leader of the apartheid era, gave to the Truth and Reconciliation Commission.While de Klerk apologized for apartheid before the Truth and Reconciliation Commission, he later “withdrew from the commission, saying he had no need to apply for amnesty as he hadn’t committed any crime.” In an interview in 2012, Klerk pointed out that he had not apologized for “the original concept of seeking to bring justice to all South Africans through the concept of nation states”. He also stated that, not all aspects of apartheid were “morally repugnant”.

After apartheid was finally overthrown South Africa attempted to bring healing to a divided nation through their Truth and Reconciliation Commission. This commission, led by Archbishop Desmond Tutu, was meant to be an act of restorative justice, rather than retribution.

In many ways the TRC was a success. For example, it unearthed the truth about many missing persons, allowing families to finally discover what happened to their loved ones. However, there were also many criticisms against the South African TRC, some of which I’ve outlined below.

1) The TRC didn’t differentiate between violence committed by “an illegal state” and “the combatants of a just war”.

“… from the moment the Commission chose to define violation of human rights in terms of individual acts, it ceased – politically and historically – to be viable: ‘There is,’ write Kader and Louise Asmal and Ronald Suresh Roberts… ‘simply no proportionality between the two sides of the struggle, a fact that is lost on the commission’s decision to individualize it’s definition of a gross human rights abuse'” (171).

– from”Apathy and Accountability” by Jacqueline Rose

2) Racial wealth equality was never really on the table.

“Let one’s fantasy roam a little – what really would be preposterous or ethically inadmissible in imposing a general levy on South Africa’s white population? … such an offer could originate from the beneficiaries of Apartheid themselves, in a voluntary gesture of atonement – it need not be a project of the state. Is such a genesis – from within the indicted group itself – really beyond conception?”

– from “Reparations, Truth and Reconciliation” by Wole Soyinka

3) The TRC remained so focused on the horrific crimes that were being confessed during the hearings that it overlooked the general state of apathy that allowed apartheid to exist for so long. The crimes presented at the TRC trials stood out as “outrageous” acts, and they drew “the nation’s attention away from the more commonplace violations” (162).

“Spread accountability too wide by flattening out the differences between the state and its opponents, then oddly, symmetrically, it will also start to shrink, as the crimes of apartheid becomes more and more the acts of individuals, [and] less and less the machinery of the unjust, and illegal apartheid state” (168).

– from”Apathy and Accountability” by Jacqueline Rose

“We reflect in particular on the mistreatment of those who were Stolen Generations – this blemished chapter in our nation’s history.”

– from the official apology given by Australian Prime Minister Kevin Rudd in February 2008.

I knew the least about Australia’s history, out of the three countries we studied. From what I understand, race relations in Australia were fairly similar to here in Canada, where indigenous peoples were restricted from public areas, treated like scientific specimens, and removed from their families “for their own benefit”.

In May 1997, the Bringing Them Home investigation shocked the Australian settler community by publicizing these historical injustices. It also prompted the Sorry Movement and Sorry Day, which has been held on May 26th since 1998. Below are a few observations critics have made about settler Australians’ “Sorry” response.

1) The Sorry movement is entirely settler-centred.

“These revelations brought about a form of ‘bad conscience’ in the settler Australians… [and] present[ed] them with a vision of a nation improperly formed. They experience the unsettledness of losing their sense of innocent national selfhood. For settlers so afflicted, the postcolonial apology becomes a lifeline to the restitution of a legitimate sense of belonging” (243)

– from “Apology in Postcolonizing Australia” by Haydie Gooder and Jane M. Jacobs.

“The era of reconciliation has coincided with a post-native title backlash in which many sectors of Australian society, not least the powerful mining lobby, have responded negatively and often hysterically to the overturning of the doctrine terra nullis (land belonging to no one) and the common law recognition of native title… Federal Government policy, attentive to the electoral and economic implications of such a backlash, has responded by cutting funds to key indigenous organizations and eroding the gains secured through the Native Title Act and subsequent native title adjudications.”  (234)

– from “Apology in Postcolonizing Australia” by Haydie Gooder and Jane M. Jacobs.

“The treatment of children in Indian Residential Schools is a sad chapter in our history.”

– from the official apology given by Canadian Prime Minister Stephen Harper in June 2008.

I don’t think I’ve ever met a Canadian who isn’t familiar with the trauma residential schools inflicted on Indigenous communities across the country, but for those of you who are not Canadian I’ve included a short video below that sums up some of that history.

In 2008, Canada instituted our own Truth and Reconciliation Commission, which allowed survivors of the residential school experience to speak out publicly. Unfortunately, there were several elements of the TRC that many indigenous spokespersons found problematic.

1) The term “reconciliation” misrepresents our history.

“Re-conciliation refers to the repair of a previously harmonious relationship. The word choice imposes a fiction that equanimity is the states quo between Aboriginal people and Canada.” (35)

2) The majority of the damage had been done by Christian organizations, yet the reconciliation movement rests upon Christian theology and terminology.

“Whether the choice of this world [reconciliation] … is an accidental inheritance, it is ironic, if not sinister, that survivors of religious residential schools … are asked to participate in a ritual that so closely resembles that which abused them” (35)

3) The Western understanding of apology allows us to move on, without necessarily doing anything to rectify our mistakes.

“Cree artist, poet and oral historian and theorist, Neal McLeod explains that there is no equivalent in the Cree language for the Western notion of an apology. The closest equivalent to ‘I am sorry’ is nimihta tân, which means ‘I regret something’.  McLeod explains that the word used in reference to the residential school experience is ê-kiskakwêyehk, which means ‘we wear it.’ This is a profound difference. It is visual and visceral rather than abstract. It describes a recognition and acceptance that cannot be washed or wished away.” (36)

4) The government continues to protect perpetrators.

“While many truth commissions are granted judicial powers to subpoena witnesses and the ability to ‘name names’ of perpetrators, the Canadian TRC has neither of these powers.”

– from “Truth, Reconciliation and “Success” in the International Context” by Dr. Rosemary Nagy

5) Activists are worried that nothing will actually be done about the commissions recommendations.

The Canadian Truth and Reconciliation Commission came to a close in June of this year, making many of the critiques we explored in this class particularly relevant. The TRC commission concluded that residential schools were an act of “cultural genocide” and put forward 94 recommendations for the Canadian government. Several weeks have passed and Canadians are now asking, is our government going to act on any of them?

It’s hardly surprising that the one thing in common with the national apologies offered by political leaders in each of these countries is their attempt to distance themselves from the atrocities that took place. The Canadian and Australian prime ministers attempted to do so metaphorically, by referring to the events as a chapter which could be left in the past. In contrast, de Klerk’s non-apology seems to reflect a more blatant refusal to fully accept responsibility.

However, these apologies are certainly better than nothing at all. In fact, many indigenous peoples in South Africa, Australia and Canada have celebrated their country’s national apology as a hard-won victory. But shouldn’t we strive for something more than “better than nothing”? Especially when a a public apology eases settlers’ consciouses and allows us to overlook the systemic problems that led to these injustices in the first place?

“How can we overlook the fact that those admitting to guilt and professing regret continue to occupy, and to speak from, a position of dominance, so that to read abjection or loss of power in their situation would be to misread not merely power relations but the nature of the political apology itself?”

– from “Righting Wrongs and Rewriting History” by Rajeswaru Sunder Rajan

One response to ““Sorry” Means Nothing Unless It Comes With Real Change: On Truth and Reconciliation in Canada and Beyond”