I had so much hope for his solo career. And that childhood crush sort of lingered through until adulthood. I was SO excited when I heard that he (he!) would be speaking at my university (mine!!!). I was going to get to be in the same room as Justin Trudeau! I couldn’t wait to hear what political wisdoms he would impart and what solutions he would offer to the Conservative infestation we seemed to be having in the cabinet. I arrived two hours early and helped set up chairs. Then he started to speak. At first I was confused. Then I got sad. Then his stupid face started to piss me off.

How dare he show up only to say nothing! Oh, he spouted bullshit about the middle class and offered platitudes about broad goals. To be fair, my standards were probably too high; but I was still mad! Throughout the entire three hour talk he said something with substance twice: once when asked about Canada’s international reputation and once about electoral reform.

The most standout moment of the evening, for me, was when an intelligent and well-spoken working class woman got up to the mic, her clothes covered in plaster from drywalling all day and she said “I am not middle class, I am working class. As you can see I just came from work…” And gestured at her attire. He snorted in disbelief. That quick blast of air through his nose was accompanied by “what kind of job lets you dress…” and we all knew how he intended to finish that sentence. That moment told me that he had no concept of how his walls went up. He just knew he had a house.

So if I don’t want the Conservatives to win, and I have no major problem with the Liberals, what’s the big deal with strategic voting?

Well my problem is this: I love democracy and I LOVE voting. I feel buoyed up  by the fact that my country asked my opinion and I told them what I wanted. But this year I had to lie. Today I told my country that I wanted the Liberal candidate to represent Vancouver south and Justin Trudeau to lead this country’s government. That wasn’t true.

By voting strategically I told Harjit Sajjan and Justin Trudeau that I think that they have what it takes to restore this country. I told my fellow citizens that I have no problem with a spoiled and naive (but kindhearted) man-child representing me on the world stage. 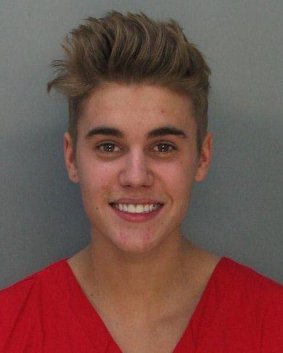 I have no intention of starting a political debate around whether or not Stephen Harper is right for this country. If we disagree so fundamentally then there will be no conclusion reached. I feel that he has run his government like a campaign and his campaign like a horror film-

His fear mongering tactics are nothing short of laughable. I have no intention of backing those statements up. If you want a political fight just have a little dig through your newsfeed. I’m sure you have friends who agree with me. At this point, all Canadians do. It’s sufficient to say I think Stephen Harper is wrong for this country. I think he is so wrong for this country that I voted for someone who I believe to be unprepared but kind because I know in my heart that he is better for this country than Stephen Harper’s government.

With his fear tactics, and C-51, and his abandonment of the environment, children, women, and aboriginal people, Stephen Harper abandoned my country. He has stolen so much from so many people that I feel petty whining about my freedom to choose who I vote for and silly for feeling so bad about my vote that it brought me to tears. But by preventing me from voting for my candidate, I feel that he has stolen a piece of my citizenship. Harjit Sajjan owes Stephen Harper a letter of thanks because Stephen gave him my vote.

I’m not trying to say that I regret my vote. In fact, I feel quite the opposite. But given the chance I would sit there again and stare at that ballot for another full minute. Yes, I am naive. And yes, I am idealistic. But there are so many things in this world that beat the idealism out of me

Why does the world also need to take away the sweet, idealistic bliss I get from voting?

JESSE is a born and bred BC-er and a full time Nursing student. Her rare spare time is spent with her beautiful, boisterous family. She likes the idea that your attitude shapes your reality. She looks forward to a life of freedom to travel and see the world because it looks real fun in the movies.