Not so Nice After All: 4 Examples of Racist Canadian History That You May Never Have Heard Of

Canadians like to think that we’re a pretty nice bunch.

Especially now, as Drumpf’s presidential candidacy reveals the racist underbelly of our neighbours to the South, we Canadians pride ourselves on being nothing like the States. We happily disassociate ourselves from the violence and xenophobia that seems to crop up at every Drumpf rally.

It’s just so incredibly convenient to revel in our not-Americanness, as though that in itself makes us not racist. We try to pretend that same kind of racism doesn’t exist here, even though the same fear-baiting tactic was used in our recent election. We try to ignore the recent hateful attack on Syrian refugees, newly arrived in Canada. We try to forget that our country was built upon the exploitation of people of colour.

In case you aren’t sure what I’m referring to, I’ve included a couple examples below.

In elementary school the only time I learned about slavery and Canada was when we studied the Underground Railway. Through these stories of escape and hope I, like many Canadians, was led to believe that Canada had offered an escape for Black men and women who were trapped as slaves in the United States.

What I never knew (until recently) was that Canada was not always the beacon of hope that it appeared. As historian Natasha Henry highlights in her article about Slavery in Canada,

“African slavery existed in the colonies of New France and British North America for over 200 years, yet there remains a profound silence in classrooms and teaching resources about Canada’s involvement in the African slave trade. According to available historical documents, least 4,000 Africans were held in bondage for two centuries in the early colonial settlements of New France (Quebec), New Brunswick, Prince Edward Island, Nova Scotia, and Upper Canada (Ontario).”

Luckily, novelists have begun to draw attention to the stories that our history books have overlooked. Afua Cooper’s The Hanging of Angélique, for example, tells the true story of Canadian slave Marie-Joseph Angélique. Meanwhile, Lawrence Hill’s Book of Negros, reminds us that many escaped slaves were actually shipped back to the States by Canadian authorities. He also explores the extreme racism that drove some black Canadians to move to Sierra Leone. END_OF_DOCUMENT_TOKEN_TO_BE_REPLACED

We’re Fighting For Our Rights, Not Yours: Suffragette and the Persistence of White Feminism

This month I got to go out and cast my vote in the Canadian federal election. I owe this privilege to women who came before me. Women who sacrificed their time, energy, and sometimes their lives because they believed that we deserved the same privileges as men. Because I’m thankful for the sacrifices those women made, I’m ecstatic to see a film coming out this month that celebrates those women and explores what they went through in order to win us the freedoms we have today.

However, if you have been paying attention to the way the film has been publicized, you may have heard about the controversy surrounding one of its marketing campaigns:

so many words, such little patience pic.twitter.com/xU8e4DARYp

By wearing this particular quote on their shirts, these successful white actresses have demonstrated another instance of what many activists and bloggers have begun to call “white feminism”.  In her article, “This is What I Mean When I Say ‘White Feminism'”, Cate Young explains that

“White feminism is a set of beliefs that allows for the exclusion of issues that specifically affect women of colour. It is “one size-fits all” feminism, where middle class white women are the mould that others must fit.  It is a method of practicing feminism, not an indictment of every individual white feminist, everywhere, always.”

We have seen several recent examples of white feminism play out in our pop culture, like the recent “feud” between Taylor Swift and Nicky Minaj or Patricia Arquette’s Oscar acceptance speech. However, white feminism has negatively affected the lives of women of colour in more than just the pop culture arena. Consider our right to vote, for example. END_OF_DOCUMENT_TOKEN_TO_BE_REPLACED

I had so much hope for his solo career. And that childhood crush sort of lingered through until adulthood. I was SO excited when I heard that he (he!) would be speaking at my university (mine!!!). I was going to get to be in the same room as Justin Trudeau! I couldn’t wait to hear what political wisdoms he would impart and what solutions he would offer to the Conservative infestation we seemed to be having in the cabinet. I arrived two hours early and helped set up chairs. Then he started to speak. At first I was confused. Then I got sad. Then his stupid face started to piss me off. END_OF_DOCUMENT_TOKEN_TO_BE_REPLACED 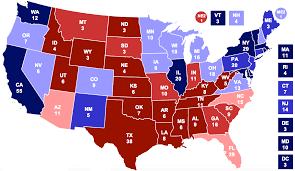 In spite of being viciously despised by folks on both sides of the political spectrum, there’s really very little hope for any reform on this point. While part of that can be blamed on tradition, plenty of it also boils down to a little thing called- END_OF_DOCUMENT_TOKEN_TO_BE_REPLACED In spite of the worldwide campaign on his behalf, Davis was executed on a late September night in 2011- the one man in the world who could’ve saved him not even lifting a finger. In spite of the rumors (swiftly discredited) that Obama had reached out to the state of Georgia, the president, by all accounts, sat idly by during what many labelled a modern-day lynching, the White House only confirming that the president would not involve himself. END_OF_DOCUMENT_TOKEN_TO_BE_REPLACED

Did you know that in a few days, Scotland will vote on becoming an independent nation?

On the 18th of this month, Scots will be flocking to polling stations to vote either “yes” or “no” on becoming a self-governed country, joining in the movement with many areas of Europe, currently campaigning for self-determination (though barring the Catalonians, Scotland’s probably the closest any have yet gotten).

And may that day yet come…

So is this a good thing? We here at CWR say yes. END_OF_DOCUMENT_TOKEN_TO_BE_REPLACED