Two days ago Gordon and I talked about “hipster racism,” a topic he heard about via an eye-opening lecture by novelist China Miéville. The talk was titled Guilty Pleasures: Art and Politics, and discussed far more than what we were able to given our time.

A number of things: Firstly, I am not going to discuss or summarize his lecture in its entirety; it was forty-some minutes long and that would be ridiculous, just listen to it for yourself. Secondly, I am not a socialist, and much of what he was saying was through that filter. He did, after all, speak at a little something called “Socialism 2012.” I am not someone who has very strong political leanings, but I am someone who truly loves art in its many forms. The following are the three ideas he spoke about that stuck me the most.

The Artist and Their Art

Miéville, about a minute in, states that the socialist position on art and politics is this: “[socialists] do not judge art by the politics of the creator of that art.” He then quickly adds that they do so all the time anyway. I briefly wrote about this in a post about Jewish children’s author Rich Michelson. Michelson hosted a session that was largely about race and background, and how they impact audiences’ opinions of a work. Is a Jewish author allowed to write about the struggle of the civil right’s movement? And if not, then why?

The relationship between creator and his or her art is heavily debated, but its extremes are very easy to criticize. Miéville said that they’d all sat through “egregious folk music” simply because of the grounds of its sentiments expressed. Simply having a good message does not make art good. A Christian movie about the horrors of porn is not in and of itself a bad thing; having it feature ghosts [and be a clear knock-off of Paranormal Activity] is. To put it in the form of a proverb, “the road to hell is paved with good intentions.” Feel free to replace “hell” with “bad art” or “disappointed audiences.”

The title of his talk and what I’m the most interested in, Miéville listed different axes of socialist guilt. The third of which [17:56] he says is:

The question of quality: “I know it’s not very good but I like it anyway.” A declaration of kind of defensive guilt.

The thing is, he realizes that the statement is inherently flawed. By saying something is not very good we declare that we can make qualitative judgements about art, and this leads to questions like: “What is art? What makes it good, bad, better? What kind of social phenomenon is it?”

When it comes to television shows I have a standard rule, and that is to watch it ’till its dying days. I have watched all of The Office to date, and that is the same as 30 Rock, How I Met Your Mother, and a slew of other shows. Sooner or later they begin to break down [see my first example], but I stick to them. The reason I’m bringing this up is The Big Bang Theory.

Gordon hates TBBT. He hates it because, honestly, it’s not a very good show. He often says that “nerdface” is an excellent way to describe their treatment of the characters. That being said, I have, and do [sometimes still] enjoy it. Do I feel guilty? As an English and Writing major, yes. I studied for four years to differentiate between good and bad writing. As a general media consumer and television enthusiast, yes, I still feel guilty. And, as Miéville said, I somehow defend myself by admitting to others that I realize it is not very good.

Does this justify me? I don’t think so. But beyond what it means to be good or bad, what does it mean to like?

None of these statements tells him anything about his relationship with each piece of art, because they’re all so distinct. What further complicates the verb is the discussion of “the art piece one enjoys disliking” [20:32]. We can like to dislike things; Justin Bieber basically encapsulates this idea by himself. While he never ends up truly defining the word, he seeks closure in the writing of another.

What follows is a piece of writing by Lady Mary Wortley Montagu, an 18th century writer, and Miéville’s response to it [34:45]:

“The pretty fellows you speak of I own entertain me 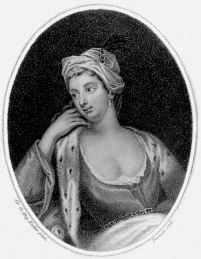 sometimes, but is it impossible to be diverted with what one despises? I can laugh at a puppet show and at the same time know there is nothing in it  worthy of my attention or regard.”

This is one of the most liberating things I have ever read in terms of the cultural sphere. It is not obligatory to have footnoted opinions about everything you consume.

I read his meaning in that last paragraph as being that we need not get caught up in guilt. There should be a way of looking at what we like that doesn’t involve us castigating ourselves. I can enjoy the King Fantastic Remix of Drive It Like You Stole It without being a proponent of foul language. Likewise I can read AmazingSuperPowers, be amused, and not have to argue how high- or lowbrow its humour is. While the intent of an artist and the perceived quality of their work should be taken into account, there are times when we can simply like, or more simply enjoy, art, whatever it may be.