But there is also a bunch of us who like to hit up the humor section. That’s the section where you find all the memes. And who do you find a lots of memes of? Jennifer Lawrence.

Alright, let’s be clear, we women of Pinterest love Jennifer Lawrence. Why? Because we feel like she is the first Hollywood starlet we can relate to.

I mean, she trips on stuff…

She loves to eat and be lazy…

And dang it, she’s funny!

She seems… real. Like someone you could hit up McDonald’s with or watch a movie in your pajamas in the middle of the day with.  And she plays perfectly into the anti-dieting subculture I’ve encountered on Pinterest. 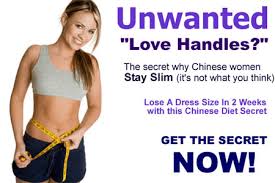 And so they are responding by taking memes meant to inspire girls to diet, and turning them on their heads. While I love any protest of the dieting industry, there is something about the above picture, and the whole dieting counter-culture, that makes me concerned.

See, in high school I was that girl (especially when it came to Skippy peanut butter). I would eat lunch from the canteen pretty well every day, which meant microwave meals and, more often than not, a Reese’s bar to go along with it.

Also a total klutz, when I realized that I was never going to be any P.E. teacher’s favorite student I decided “Screw this! I hate P.E., and sports, and doing things that might burn calories!”

Unfortunately, after high school my eating habits and lack of exercise started to catch up with me. It wasn’t so much that I started gaining weight right away, but I just couldn’t do the kinds of things I used to be able to.

It wasn’t until the summer I spent in Paris (don’t be impressed, I was just the housekeeper) where I finally overcame the “nope” wall I had created when it came to exercise.

I’d been befriended by a retired member of the UN army who was attending the school where I was working for the summer. One night several of the students and staff members went out to the park to run or, like me,  walk.

For some reason I decided to run, not expecting to last longer than about a minute. As it turned out, that became the first time I would ever push myself physically. It certainly wasn’t because I wanted to, but because Alain was running along side me saying “No, you’re not finished, you still have energy that’s not spent, you can slow down, but don’t you dare stop.” And that, my friends, is when the endorphins happened.

I’m not going to pretend that I suddenly became super sporty. I still suck at most sports, and I don’t even exercise regularly at all, but I’ve started to try. That experience made me realize that I had to stop hating all things healthy if I wanted to live a healthy life.

She goes on to insist that:

“Just because MOST women (and men, too) have allowed themselves to become overweight doesn’t mean the rest of us, who work our a**** off to look (by society’s definition) good in a bikini, aren’t real women (or men). It just means that more women than not are overweight. And why? Because of the lifestyle they’ve chosen. The average person’s lifestyle perpetuates weight gain and muscle loss. It’s just that simple. So, that’s what they get. It certainly doesn’t mean they’re any more real, just that they’re living the norm.”

While I agree with Davis that I would much rather age as gracefully as Ernestine Shepherd, I disagree that weight gain is solely due to lack of discipline. Sexual and physical abuse in childhood is often linked to weight gain later in life as the extra weight can psychologically, and sometimes even physically, serve as a protective barrier against future abuse.

Not to mention that we all have different body types, and many of us will never be able to attain the bikini body Davis describes.

So I’m frustrated with websites like Davis’ that are so focused on health and weight that they have little time for anything else. I feel like the pressure to remain healthy – but more importantly – to remain thin, is impressed upon women so often that becomes an all consuming focus.

While I obviously agree with Davis that health is important I still feel torn between the newfound respect I have for healthy living and that old rebellion that wants to do anything that counters that oh-so-limited expectation for femininity. Why shouldn’t femininity take on a new face, a face that really doesn’t care about her weight? Or is health just too valuable for women to stop obsessing about?