EDITOR’S NOTE: We end this year by each taking a look back and picking our five best posts, explaining both their importance to us and to the world we currently live in.  Clicking the banner images will link you to each post, so as 2014 comes to a close join us in remembering how far we’ve come, but also how far we still have to go.

After the recent acts of Daesh terrorism in Paris I returned to this interview with PhD Candidate Rachel Brown to get some perspective. While Brown’s work was focused on food and religious identity in French and Quebecois Muslim immigrant communities, it also highlights how isolation and religious persecution can push young people towards accepting religious extremism. In the interview, Brown explains,

“I’m not really an expert in ISIS or Jihadist fighters or any of the topics that relate to this. I can say that when people, especially youth, feel alienated, when they don’t feel at home anywhere, this can lead to finding identity in extreme forms of religion. If the religious identity is the only identity that one feels they can claim, he/she is going to place a huge amount of importance on that identity.”

This year, a petition began circulating that condemned Nestlé’s operations here in British Columbia. While Nestlé has been operating here in B.C. for 15 years, residents became particularly concerned during the drought this past summer.  As Gordon has pointed out in his previous Shame Day post, Nestlé doesn’t have the greatest track record when it comes to respecting other countries and their water needs. In this post we take a closer look at the relationship between Canadian water and the American corporations that would like to bottle it up. END_OF_DOCUMENT_TOKEN_TO_BE_REPLACED

…then you’re going to run into some problems. END_OF_DOCUMENT_TOKEN_TO_BE_REPLACED

Examples like Bingson and Stanley aren’t meant to prove that all large people are healthy. Instead, they offer a great reminder that size doesn’t necessarily dictate health. While large individuals are sometimes much more healthy than they look, some slim individuals can be much less healthy than they appear. END_OF_DOCUMENT_TOKEN_TO_BE_REPLACED

END_OF_DOCUMENT_TOKEN_TO_BE_REPLACED

EVAN: Alright, ladies and gents, tonight Gordon and I are going to talk about a subject that may just help blot out the memory that was Man of Steel, and that is: fat people.

It was his suggestion, so I’m going to pass things off to him and get the ball rolling [no pun intended].

GORDON: More specifically, it’s the treatment we seem to offer the overweight in this country. I’m guessing you’ve seen at least one heftier person riding around the aisles of a grocery store in those little scooter things.

EVAN: Not so much here in Canada, but yes, they are indeed around. Again, no pun intended. END_OF_DOCUMENT_TOKEN_TO_BE_REPLACED 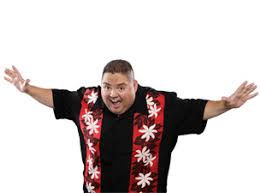