EVAN: That’s it. That’s exactly it.

To keep this from turning into a series of complaints about our respective holidays, though, I’d like to talk a little bit about the spirited pride many of your fellow countrymen take part in, which can be summed up in the oft-quoted “‘MERICA!”

Why is this? Who does this? How do you feel about this?

GORDON: I think that exact quote actually started off as self-satire. A jab at our own tendency to be jingoistic. Since then, it’s become more and more endearing- a recognition of our faults but a simultaneous celebration of ’em.

I guess I feel the same way about this country.

For all of our faults- and they are many- it’s pretty much always coming from a good place. Even the folks who I’d usually castigate in our Shame Days are people who do and say the things they do because they fully believe them to be ethical.

EVAN: I don’t want to get into a straight retread of what Kat and I had to say about Canadian culture, but it’s fair to say that Canadians are very proud of their country. We do a fair amount of flag-waving, but man, I have never seen more flags than when I lived and went to school in the States.

GORDON: We do love us some flags.

But I think that has actually less to do with us and other nation’s comparative fear of ’em. Europe tends to have a pretty strong reaction against nationalism, and most former colonial countries have had theirs switched so many times there’s probably no sense in being to attached to one.

EVAN: So you’re saying that really, if other countries would just get with the program we’d all have pieces of cloth emblazoned with our nation’s colours on ’em?

GORDON: No, just that the love of flags is a result of different social and historical trends. Not passing judgment or anything. 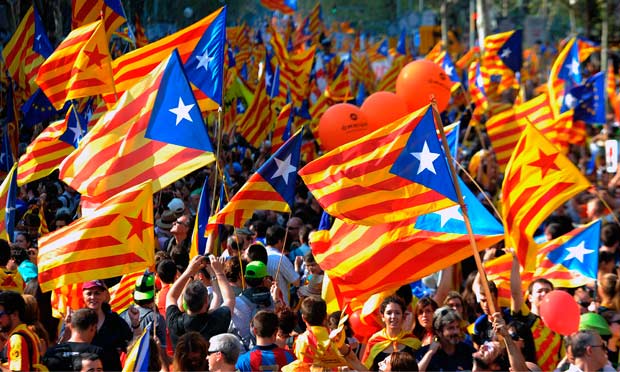 EVAN: You mentioned a little bit about America’s tendency to be jingoistic, but do you think this is blown out of proportion by people from other countries?

GORDON: Eh- yes and no. I think most folks from other countries mistake how widespread the jingoism actually is, but there are absolutely folks out there who would rally behind a teddy bear genocide if it were being led by America.

But I guess that leads us to ask the question of patriotism in general. What exactly is it, and is IT a good thing?

EVAN: I think, plain and simple, that it’s pride in one’s country. In general, I think it’s something that we should all hope to have. There are certainly places out there that don’t inspire much positive emotion, but it’d be nice, y’know?

GORDON: But what exactly IS one’s country? I mean, you and I are both TCKs. We’ve probably spent the majority of our lives outside of our nation’s borders, rather than within them.

EVAN: It actually took me quite some time before I could actually claim Canada as the country I’m “from”, beyond just answering people when they asked. I think that for the vast majority of people it’s where they were born and grew up, but for special cases like you or me it’s entirely up to that person.

If you claimed Syria as your country I wouldn’t question it for a second. It’s your choice.

GORDON: I guess the question that’d follow that would- exactly what would one be proud of? This country hasn’t had the best record on human rights, and is still severely messed up in many respects.

I mean, yeah, there’s been good stuff in the past as well, but are those my accomplishments? Do I claim these battles as being my own?

EVAN: I wouldn’t say battles, necessarily, but there are certain cultural mindsets that one can share. The US goes bananas for underdog stories, for example, and taking part of that can create a sense of kinship with others.

Canadians may take pride in their being polite, or the French in their language, or . . . maybe I feel like I may be veering into some stereotypes pretty soon. The point is, you can take pride in any number of things, even if it’s as simple as the fact that the place you live is full of natural beauty and your government has taken steps to maintain it.

GORDON: Truth be told, yeah, I’m pretty proud of America as a culture. We’re loud and, let’s face it, pretty dang destructive, but the battle lines drawn are always on the grounds of ethics, not practically or tradition or convenience.

EVAN: The good ol’ “go hard or go home” American spirit. It’s definitely a thing, and it’s definitely not all bad. I think the danger of patriotism, to go back to what you mentioned earlier, is when we choose to stand behind /anything our country does.

Neither of our countries has a spotless record when it comes to human rights, and mentally approving an action just because it bears your nation’s seal is . . . like watching everything FOX puts out just because you like New Girl.

GORDON: Speaking of which, did you know the national symbol was originally going to be a turkey?

EVAN: I did indeed. Ben Franklin had a thing for those birds.

GORDON: Franklin had a thing for many things- which brings me to another point.

How much should we push for an accurate portrayal of our nation’s history versus its spirit? I mean, the same people who gave birth to this idea of equality and freedom owned slaves and didn’t give the vote to women.

EVAN: Remember way back when we talked about funerals? I think it’s kind of like that, to a point. We look back on the good, while at the same time never forgetting the bad.

American history books should always, always, always have a section dedicated to the Japanese internment camps. At the same time, that shouldn’t necessarily be something you should be dwelling on come the Fourth of July.

GORDON: That’s a fair point. Which brings us to our next and final point- what are you going to be doing to celebrate your nation’s mark on this world?

EVAN: Well, I’m currently sitting in front of my computer chatting with you as the rest of the Great White North oohs and aahs at a blazing display of gunpowder and coloured lights.

That aside, I may actually start this book called Why I Hate Canadians, which purports to be about-

“the three great themes of Canadian history: keeping the Americans out, keeping the French in, and trying to get the Natives to somehow disappear.”

Y’know. Just to keep myself grounded. And yourself?

A moosen in the woodsen- because there’s a dearth of Canada gifs out there.

GORDON: I haven’t quite decided yet. I’d like beer to be involved- ideally in comically large bottles. Genessee actually has these red-white-and-blue cans the size of Pringles tubes- I’ll see about gettin’ me a few of those.

EVAN: And with that single word, we will be drawing this to a close. Feel free to chime in with what you are/aren’t proud of when it comes to your country, and thanks for stopping by.