My Canadian studies class recently watched Women in the Shadows, a documentary by feminist filmmaker and professor, Christine Welsh. Not long after we had watched her film Welsh agreed to visit our class for a question and answer period. Below I’ve included a little of what I learned from her film and her visit. 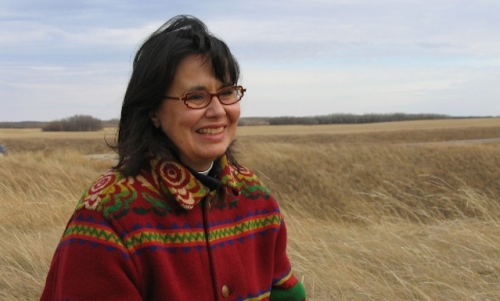 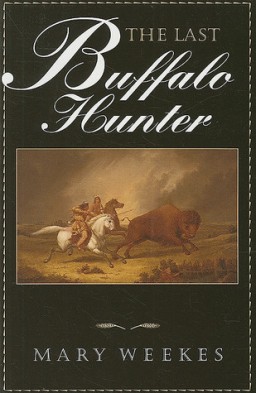 In an article detailing her documentary experience, Welsh explains that her interest had been sparked when her mother recovered a copy of The Last Buffalo Hunter, an oral history by her great grandfather, Norbert Welsh. In the film, however, Welsh attempts to recover more information about her great grandmothers, figures who were much harder to trace.

Along her search, Welsh discovers the name of her great grandmother, Margaret Taylor, and Margaret’s mother, Jane. Welsh surmises that Jane was most likely Cree. Jane’s union with George Taylor meant that Margaret was one of the first generations of Metis women. While documentation about women was lacking during early colonization, Welsh was able to uncover some details about her foremothers because of Margaret Taylor’s connection to Hudson’s Bay Company Governor George Simpson.

In the early period of Canadian colonization, Hudson’s Bay employees often took “country wives”. These women, of First Nations or Metis heritage, would create family ties between the explorers and the local community and were often the reason their husbands survived their first few Canadian winters. In Women in the Shadows, Welsh discovers that Taylor had been Simpson’s “country wife” for many years, only to be cast aside by Simpson when he returned from a trip to England with a new white wife.

While Welsh’s documentary follows her intimate search for her personal history, it also fleshes out a very important and often overlooked piece of Canadian history. By drawing attention to this history, Welsh’s film reminds Canadian viewers just how much of our past has been erased in order to maintain the myth of a white Canada. In a country like ours – composed of many different indigenous nations and immigrants from all over the world – there is no single narrative that can encapsulate our history.

In her discussion with my class Welsh argued that autobiography is an important form of storytelling. However, she also admitted that it was “weird” to look back and watch her younger self on this journey of discovery. She insisted that she has a much different perspective on these early relationships than she did when she created the film.

I was especially struck by Welsh’s comparison of Women in the Shadows, released in 1991, to her 2006 film, Finding Dawn. She explained that,

“We tell ourselves the stories about our pasts that we need to tell ourselves. The story I needed to tell myself at that point was a kind of love story, I needed to believe there was love involved in those relationships. Now I think there was a lot more to it. Now I understand colonization as a violent process, a process involving sexual violence. If I told that story today it would have been darker.”

I was interested to learn more about “colonization as a [sexually] violent process”, so I asked Welsh if she thought there was any connection between the early violence of colonialism and the violence towards indigenous women we see today.

Welsh pointed out that we can only speculate about the experiences of women like Jane and Margaret. There is no documentation from these women, and the only record we do have is from the perspective of colonial men. However, she did draw attention to the “commodification of women” that took place in the early days of Canada’s colonization. While these women provided their European husbands with companionship, and often the skills for survival, they were ultimately treated as expendable tools. This is only too apparent in the tragic example of Margaret Taylor.

Welsh also suggested watching Ikwe, from the Daughters of the Country series (1985), since it is “a good film for imagining what it may have looked like for [these] women”.

While Welsh argued that the film would have been much different if she had made it today, she also admitted that her initial naiveté was part of the allure of her documentary. Viewers are invited on her journey of discovery and get to witness her finally access a piece of her identity that she always felt she was missing.

The film closes with Welsh walking her son through a graveyard, pointing out the graves of deceased family members and telling him stories that she never heard as a child. When asked about the differences between how she was raised and how she had brought up her own son, Welsh drew attention to the shift in Canadian culture that allowed her to explore aspects of her identity that her ancestors were forced to keep secret:

“First Nations, Inuit, and Metis people are so much more present in our time. It’s hard to think back to when we were invisible and despised. That’s the world my parents grew up in. Their decision not to address those elements of their live was deliberate [and] protective. The world I raised my son in is a different age. And the world I came of age in was also a different world. Yes, we are individuals, but who we are as individuals is really shaped by the world we are in.”

It’s always exciting to hear that our country is moving away from some of the racist attitudes we held in the past. Unfortunately, Welsh’s more recent film, Finding Dawn, reminds us that discrimination against indigenous Canadians, and women in particular, is still an issue in Canada. We can only hope that someday soon that too will be a thing of the past.

Many thanks to Christine Welsh for allowing me to discuss her work and her class visit in this post.