Well folks, it happened. In a move that continues to shock the world, Britain has dramatically voted to leave the European Union.

And make no mistake readers- the Brexit is the worst thing that has ever happened. Or the best thing. Or…

For all the outrage, jubilation, and wild speculation, the reality of the situation is that most folks have been caught off guard by this decision- and probably none moreso than folks on this side of the Atlantic.

Plenty of conservatives- including potential American president Donald Trump- have applauded the Brexit, claiming it to be a victory for small government, autonomy, and “making Britain great again.”

On the other hand, liberals have been howling that the Brexit represents a secession not simply from Europe but from progressive values, freedom of movement, and a commitment to peace and unity in general. 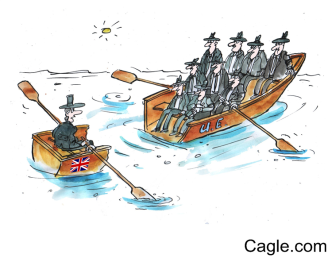 With all that noise, dear readers, it can be tough to hear the truth.

And unfortunately, we don’t have it either. The reality is that this is an absurdly complicated issue with far-reaching implications and plenty of ramifications that we can only guess at. So rather than add to the din, we here at Culture War Reporters have gathered the most pertinent issues for your own consideration.

Brexit – Reasons It Could Suck

It’s not secret that the folks who pushed hardest for Britain to leave the EU have largely been Nationalist groups, ranging on a scale from “My Republican Uncle would think these guys are a bit much” to “we’re straight-up Nazis.” 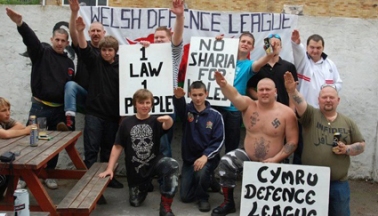 Now this is not- I repeat- not to say that the Brexit was manufactured exclusively by a bunch of Fascists and xenophobes. It’s just that Brexit has been overwhelmingly supported by Fascists and xenophobes, and that should be cause for concern. See, the EU’s rules protecting freedom of movement from within the country (more on that in a second) have allowed for an influx of immigration into the British Isles from both European and non-European migrants. A major issue prompting Britain’s split has been it’s ability to set its own (potentially draconian) regulations on who can or cannot enter the country. And if you think that non-white folks have had a less-than-welcome reception in Britain before the refugee crisis, just imagine it now.

The EU’s radical rules on the freedom of movement essentially allowed any citizen to travel across Europe free of hassle. You could wake up in London, take the Chunnel to Paris, rent a car and drive down to Italy. Or Germany. Or Spain. Or wherever– it’s your choice.

This rule wasn’t limited simply to travel, but gave citizens the ability to work, study, and even retire in foreign countries while still enjoying such benefits as pensions and healthcare. Indeed, for the many British citizens working in EU states (and vice versa), a series of lengthy and frustrating renegotiation will almost certainly have to take place. And this abrupt change is going to hit British and European youth especially hard, placing serious strictures on future work and study plans, as well as their ease of movement in general.

Brexit – Reasons It Could Be Good

With all of that to consider, it might seem absurd that the Brexit could be anything but bad. Yet there’s plenty of positive effects to be seen here. The Brexit vote is increasingly speculated to lead to another referendum for Scottish independence. Remaining part of the EU was, many argued, the sole element that managed to sway the vote in favor of unity in 2014, and polls show Scotland had voted heavily in favor of remaining in the EU.

And in case anybody’s forgotten, the independence of Scotland was something we (at least, I) were heartily in favor of (you can read up on the specifics here). And while folks aren’t quite as confident in it, there have been rumblings that the Brexit may also give North Ireland grounds to succeed and reunite with the Republic of Ireland.

Regardless of the actions taken by Scotland and Northern Ireland, there’s an argument to be made for simple autonomy. In spite of arguments for unity, it can’t be denied that certain nations have been able to push for agendas and measures that disproportionately affect the citizens of foreign countries. The vicious austerity measures pushed for over the past several years have made life miserable for folks in Spain and Greece, and many folks on the street are questioning (with legitimacy) why laws, regulations, and cuts should be imposed by politicians they never elected.

Retrieved via CommonDreams.org, fair use

And of course, the EU itself isn’t exactly the bastion of liberty and justice. The EU manages to have both a deeply inefficient bureaucracy incapable of regulating itself and leadership so powerful and removed that it’s almost incapable of being regulated. While liberals on this side of the Atlantic lament the prospective dissolution of the union, the reality of the situation is that the EU was never progressive utopia. Issues of rabid nationalism, bigotry, cronyism, corruption, and exploitation marked the EU at the best of times, and for all the truly good elements (the freedom to travel, for example), it’s not as if Brexit (and the domino effect it’s feared to touch off) is actually a tragedy.

Notable Wildcards And A Word About Choice

Now I mentioned the domino effect above, and it’s that element that we need to pay particular attention to. At this point, plenty of folks have declared that Brexit serves as grounds for referendums of their owns. And that has the potential to produce some truly nasty results- especially with racists and jingoists like France’s Marine Le Pen or the Netherland’s Geert Wilders likely to benefit from a surge of anti-EU sentiment.

Europe past and Europe present, by Carlos Latuff, fair use

On the other hand, a wave of secession is likely to provide much more liberty to countries with strong leftist movements, such as Spain and Greece. We could also see opportunities for regions like Catalonia, the Basque, Wales, Corsica, the Faroe Islands, and Sicily to finally gain sovereignty and self-determination.

And that brings us to the final point of the day- choice.

Regardless of our opinions of how smart of a move Brexit was, regardless of our hopes or fears for the fallout, there can be no question that this was unlawful or nonbinding. This decision was made not by some head-of-state, not by a bunch of elected officials, but by a referendum of the voters themselves.

Already we have elitist snobs declaring that the referendum “doesn’t need to be acted on.” There are those who would claim that the voting public aren’t informed or intelligent enough to make such decisions, and to such individuals we must say:

As disappointed voters call for a second referendum and as politicians declare their intentions to ignore the referendum, it becomes clear that the enemy here might not be the folks voted “leave” or the folks who voted “stay” but the folks who claim that democracy isn’t binding. That the public can choose, but only so long as it chooses right. If that attitude succeeds in spreading…

…Well, it’s going to take more than a referendum to restore power to the peopl. 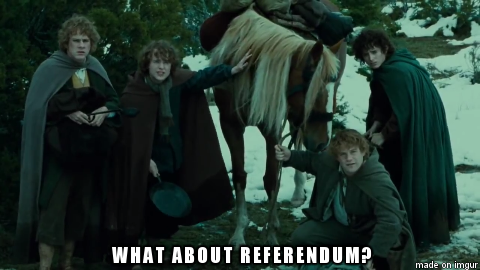 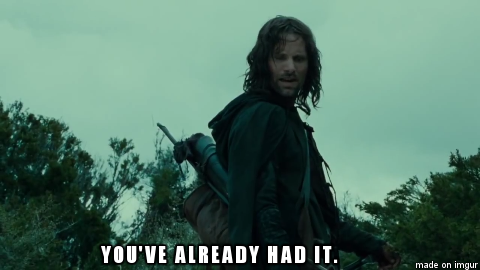 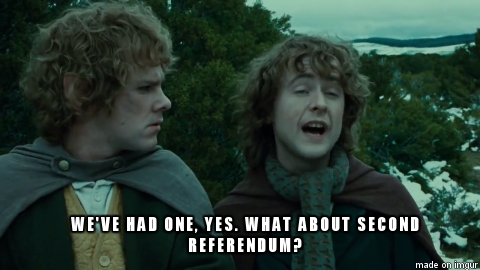 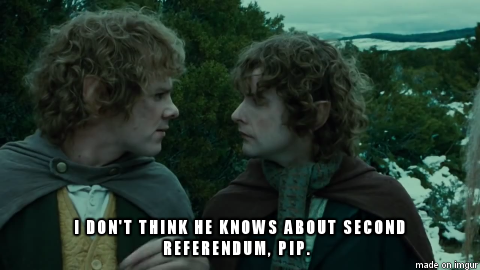 If we don’t have the right to be wrong, then what rights to do we have?