Having come up with the idea to have an entire day based on ruthlessly mocking and shaming something we dislike, I don’t think there’s any question by this point that I’m a relatively cynical person with a bleak outlook on life.

Even so, there are certain things which I am pretty upbeat about. END_OF_DOCUMENT_TOKEN_TO_BE_REPLACED

February 25: What’s Not Being Talked About In The News

Back on October 15th of last year I ran a little piece on what’s not getting covered [enough] in the media. As I struggle in vain to fend off a nasty cold, I’ll be submitting a similar piece today.

Today marked a massive hunger strike protest by Israeli prisoners, with over 3,000 inmates refusing meals in solidarity with another prisoner allegedly tortured to death. These strikes also call attention to the continued hunger strikes by four Palestinian inmates, the longest of whom has been on intermittent protest for 200 days, and is currently in critical condition.

While this is in the news (depending on the site), the importance of this story is that it marks a continued attempt by these prisoners at nonviolent protest- the kind many in the West proclaim would lead to justice for the Palestinian people if only they would attempt to use it. Well, here it is, and despite the attempts by these prisoners to emulate the tactics of Gandhi and MLK, they remain (surprise, surprise) rotting away in Israeli prisoners under “detainment”- that is, they may be indefinitely held without being charged with any crime. One might imagine that the attempts by the Palestinians to meet the demands of many in the west might merit some more attention.

Coca-Cola Vs Australia and the Environment

Recently in Australia legislation was passed to help meet the growing environmental issue of pollution from discarded soft drink bottles. Essentially the bill adds ten cents to the cost of each bottle, which will be refunded upon the bottle being recycled. Over 40 countries currently maintain such programs, and in Australia this legislation has doubled the local recycling rates. Coca-Cola, fearing that this environmental legislation may hurt its sales, has been campaigned viciously against this legislation and is currently suing the Australian government over it.

Let’s keep in mind here that Coke isn’t paying the ten cents- the Australian government is. Coke is simply that concerned that “tax,” for lack of a better term, is going to somehow hurt their profits.

And to continue on with environmental news not in the news, the battle against fracking rages on in rural New York.

Fracking (see graphic above) is the process of extracting natural gas from the ground by piping in an as-of-yet undisclosed compound into the earth to widen natural fissures in the stones trapping the gas. The issue with this is that the process is pretty dang inaccurate, with gas (as well as the undisclosed chemicals) leaking into the local water supply, resulting in, among other issues, water catching on fire from all the methane in it. Now this is a fairly major issue, and one you’re almost certain to not see in the morning paper or the nightly news.

As before, people, it’s high time that we demand that our journalists actually act like journalists. What do you really want- news about major events affecting your life, or coverage of the academy awards?

Barring the people for whom the two are one and the same, but that’s a post for another time.

Now that’s a lousy title, so let me kick things off by immediately clarifying what I’m talking about. This isn’t academia, or the world of contending theories and thirty-page papers on the finer points of psychopharmacolgy in relation to the mating habits of the Atlantic bluefin tuna. While this kind of world certainly does exist, it’s not what we’re talking about here. This is the culture not so much of scientists, as it is of science fans: those who are becoming increasingly invested in the idea that advancements in our knowledge is not only inherently awesome, but the solution to many, if not most or all, of the world’s problems.
“But Gordon, you striking portrait of wisdom and nobility,” you may be asking, “don’t we all fit that category?”

And to some extent, yes, we do. Even the most hardcore Luddite or primitivist will applaud the polio vaccine or HIV medication, but even so, there is a growing number of people who take things to the next level entirely. Check out this trailer:

Kind of a crazy premise- guy transfers his consciousness into a machine body. But still not too far off from the way many people believe we’ll eventually be living. “Transhumanism”, they call it, which, to grossly simplify it, is the general idea that the best (or even inevitable) course of human existence is to “evolve” beyond the confines of our biology. That with the progression of science and technology we’ll stop the effects of aging and be capable of improving upon our own minds and bodies. If you wanted to find a decent illustration of this kind of issue, try watching Battlestar Galactica (the new ones), or better still, Caprica. Now this is an extreme element of this culture, but a contributing element nonetheless. Major advances in prosthetics over the years, as well as films such as Surrogates, Gamer, Avatar, The Matrix, I, Robot (heck, any film or media dealing with the whole “what makes a person a person?” question) have all been instrumental in introducing transhumanist ideas. But of course, it’s more than just that.

It also has a lot to do with these guys:

These guys right here are arguably responsible for popularizing this entire culture, breaking down even dry subjects and making them compelling and (relatively) easy to grasp, even if only on the most basic level. You probably won’t go off to revolutionize the world of astrophysics after a few episodes of Cosmos, but chances are you’ll come away amazed. Would the recent Mars landing have had the same widespread popularity as it did without these guys? Would the cutting of manned space-missions have been met with the same outrage? Almost certainly not.

To some extent, the decline of religious adherence in the West may also be a factor in this culture. A growing number of individuals in the US are simply reporting themselves as being “without religion,” and the “science culture’s” emphasis on altruistic humanism (more on that in a minute) and skepticism offer a sympathetic atmosphere. The fact that many leaders (or at least, poster boys) for the culture are atheist (Mythbusters’ Savage and Hyneman, for example) or agnostic (Neil Degrasse Tyson) is also certainly a factor. 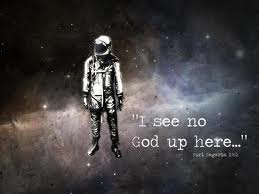 And perhaps the most fundamental element of all in this culture is the concept of “post-scarcity.” Quite simply, it’s the idea that we have progressed to a point where we no longer have scarcity of resources. E-books are typically used as an example, with adherents of the idea pointing out that with almost everything ever written in human history accessible in digital form, we could potentially give access to everything ever written to every man, woman, and child who will ever live without ever cutting down a single tree. The same logic is applied to film and music as well.

All of this combined creates and fuels a culture based ultimately on values of human welfare. In many respects, it’s the polar opposite of the “manly” culture discussed last week, emphasizing interdependence rather than independence, cooperation rather than competition, and progressive and postmodern social norms rather than traditional ones.

So what are the pros and cons of the culture?

And that’s it for today- be sure to check out Tuesday’s “Shame Day” post, and check in next time for our look at “internet/free information culture.”