We Need More Women in STEM, But I’m Not One Of Them

Hello everyone, my name is Emily and I am bad at math. Sometimes this makes me feel like a failure as a feminist.

See, I’m a nerd at heart (surprise!), and a lot of my favourite websites and blogs accrete STEM (Science, Technology, Engineering, and Mathematics) news alongside covert footage of the new Millenium Falcon. I certainly don’t mind — after all, I follow NASA on Facebook. I really am truly interested in most of the science news that comes across my dash, but it’s like being a child with a crush on one of her parent’s friends: I think it’s so incredibly cool and it thinks I’m kind of silly. Left-brainers range from befuddled to downright arrogant when dealing with us right-brainers.

At any rate I see a lot of news about how important it is to get more girls into STEM fields, and it leaves me feeling a little guilty.  I would consider myself both a nerd and a feminist, and yet my brain seems to be built like a sieve with number-shaped holes.  Seriously, when my husband was doing his engineering degree he would sometimes vent about the concepts he was learning and even when I was trying very hard to focus and follow what he was saying, my brain would go fuzzy and I’d entirely lose track of his words.  Numbers just make my brain congeal a little.

This, but with math.

I’m not exaggerating.  I can do the same problem four times and get four different answers.  The numbers swim and change places, and working through problems feels like pushing something heavy through something thick, only to find out you were moving the wrong heavy object once the job is done.  STEM types laud math for being so reliable and utterly logical, but it’s always felt rather arcane to me. END_OF_DOCUMENT_TOKEN_TO_BE_REPLACED

If This Blog Doesn’t Make You Pick Up Your Smart Phone then I’m Obviously Not Guilt Tripping You Enough!

So I just saw another one of those videos meant to guilt trip me into “putting down my smart phone.”

And I became thoroughly irritated.

Don’t get me wrong, I really do know what he means. Heck, for a long time I was one of those people who just refused to get a fancy new phone. I wanted to be environmentally conscious. I didn’t want to carry a bunch of blood minerals in my pocket. I didn’t want to have constant crackbook access to distract me from the real world.

However, now that I have FINALLY upgraded to a phone that has a battery life longer than 2 hours, I’ve started to change my tune. In fact, contrary to what that video says, I think my smartphone may be making me into a better person.

Let me give you an example.

I’m an incredibly lazy person. This is unfortunate because I’m also a university student who spends the majority of my time sitting. My body often screams for exercise but I’m all like “body, I walked you yesterday, and I’m kinda-sorta working on my essay while constantly being distracted by the internet.” 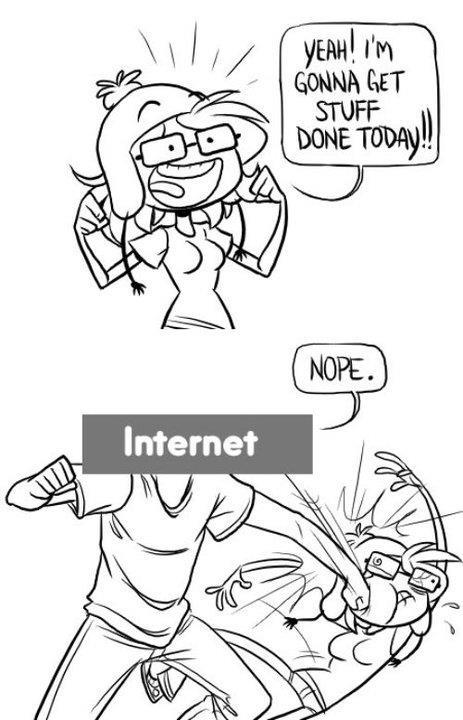 Then I got my new phone. It gave me access to a whole new world of things I had never really gotten into because they were too much bother to use on an actual computer. Many of these apps do more than make my life easier, they give me incentive to get off my butt. For example, my phone came with a pedometer app. I can’t really explain it, but this app tapped into my suppressed competitive side and got me taking the long route home just so I could meet my “steps” goal. Then there’ss Instagram. I mean, I still have no idea what I am doing most of the time (tagging people has definitely been hit or miss in my experience), but it makes me want to go on hikes so I can take pictures of pretty stuff.

END_OF_DOCUMENT_TOKEN_TO_BE_REPLACED

What Happened to Reading?

Now I know that there’s a certain degree of irony attached to this post. Just now you read my question on why people don’t read anymore. I’m not really talking about reading in the the sense of skimming the occasional article online, though. Before anyone tries to point it out- yeah, I’m aware that the medium for communication has shifted a lot since video is now accessible to pretty much everyone.

I’m talking about books, people. When did we stop reading books?

I would go bankrupt buying books with gifs for illustrations…

I can’t count how many times I’ve been reading a book in public and people act as if I’ve started cleaning a black-powder musket.

END_OF_DOCUMENT_TOKEN_TO_BE_REPLACED

It is the year 2013, almost 150 years since the telephone was first patented by Alexander Graham Bell [a Canadian!]. I am 22 years old, which means that I can legally drink in the United States of America, as well as vote on important political decisions.

I do not own a cell phone.

Yes, I own a laptop, which is sitting on my lap in contradiction to the warnings that it is not conducive to the general health of “my guys,” so I’m not a complete and total Luddite. What I do not own is a cellular telephone, a device that I carry around with me everywhere and which would keep me constantly connected at all times. The following image is a pretty great reason for this [lots of scrolling up ahead]: END_OF_DOCUMENT_TOKEN_TO_BE_REPLACED

Normally, Thursdays here at Culture War Reporters is dedicated to “Fame Day,” in which Evan and I call attention to people, events, or trends we think aren’t getting the attention they deserve.

Partly due to my illness, partly due to some unforeseen time constraints, and mostly because of the severity of the issue in question, today there will be no Fame Day.

Instead, we’ll be performing an emergency Shame Day on the subject of yesterday’s terrible news that five major internet service providers (ISPs) will be implementing a “six-strike” system on people suspected of copyright infringement.

Let me break it down for you.

Normally, when you sign up with an internet provider, exactly what you do or don’t do with your connection is entirely and exclusively your business. Whether it’s something as impressive as you doing an electric guitar cover of the hallelujah chorus or as lousy as writing a thousand comments calling that same YouTube video gay is all up to you. What you read, what you write, what you post, what you view- the ISP is simply there (as the name states) to provide internet.

Yesterday, five major ISPs (Verizon, Time Warner, Cablevision, Comcast, and AT&T) announced that they would be participating in this anti-piracy initiative spearheaded by the “Center for Copyright Information” or “CCI”- a lobbyist group for a number of media groups. Quite simply, individual users suspected of “copyright infringement” will be given five warnings, the sixth “strike” resulting in their internet speed being slashed to dial-up quality for an unspecified amount of time.

You’re right. You don’t have to pirate.

I’m taking over from this point on for a number of reasons. For the most part because although Gordon had good things to say, he didn‘t necessarily say them well, and in some cases didn’t make very much sense; we’re going to chalk that up to his recent illness. I will be relating to you what points of his that I can, while adding my own.

Gordon’s next point is that for the most part, many people pirate because of time and money. Focusing on time, the truth is that we can’t always guarantee that we’ll be at home on a Thursday night to catch The Office. Maybe we’re working another job [many of us need to], or maybe we just forgot. What options does this leave us?

For those of us in America, Hulu is always an option. The on-demand streaming site once provided a very broad range of TV programming, and Gordon points out that it’s a fantastic resource, or at least used to be. Nowadays, however, it’s a lot more difficult to use than it used to be. Hulu Plus, which requires a subscription, is needed to watch a lot of older shows, sometimes even episodes that aired a month ago, if New Girl is any indication. With one of the most convenient resources made less so, is it any wonder that so many people simply turn to torrents?

Gordon’s next point, and a very valid one, is this issue of the Six Strike System and how it relates to piracy. There’s an issue of what exactly is at stake here. Gordon insists that the answer to that is everything, and while I’m not fully with him on that, there’s some sense to what he’s saying.

The thing is that almost anything can be considered copyright infringement. YouTube covers, memes [which often use screenshots of shows like Futurama {see: our Shame Day image}], Gordon’s beloved gifs, even many of the pictures of this blog, in spite of being Photoshopped, don’t technically belong to us.  Would we have our internet cut because we run this blog? [Answer: I wouldn’t, because I am Canadian.]

To finish off what Gordon wrote earlier today, the issue is that the people in question aren’t being penalized by an international agency, or even the state or federal government. The fact of the matter is that these ISPs are “using their lobbies to persecute and prosecute suspected users without due process” [quoting Gordon]. What truly incensed him more than anything, though, was the way they’re going about it. That they’re holding themselves up as Knights of Good when in reality they’re just proud that they’re “selectively picking off anyone their bosses deem a threat to their unending stream of profit.”

Piracy is not a subject I agree with Gordon on, and in fact I had a very hard time letting his last piece on the subject be put up on the blog. If people really, truly love art, whether it take the form of television or movies or video games they need to vote with their wallets and know that what they love is worth spending money on.

That being said, I do believe that what these ISPs are doing is wrong, particularly in that they have no one to be accountable but themselves. No business or corporation should have that right. Shame on these ISPs, and shame on the Center for Copyright Information.