The Rise (or Return?) of the Post-Secularist

Last week, my news feed blew up with a surprising announcement: the “Post-Seculars” have arrived.

Before I get into what exactly that’s supposed to mean, let’s deal with the source of this news.  This new classification of human being comes to us from an article published in the American Sociological Review, and is based on data collected from the General Social Survey (GSS), a biennial survey of American households that, among other things, asks respondents about their attitudes regarding religion and the sciences, as well as general familiarity with facts about the latter.

Now, that’s about as much background as you’ll get from your standard internet source, but fortunately for you I’m a nerd, so I read the actual paper (with skimming.  I’m not a robot).  Basically, participants in the GSS were asked a lot of questions like: “does science increase opportunities for the next generation,” “should science receive more government funding,” “is the Bible the actual word of God,” etc.  Yes, the religion portion is absurdly Judeo-Christian-biased, but they tried to cover more ground with some personal rankings of general religiosity.  In addition, the participants were asked to answer some questions to test scientific knowledge, like: “does radioactivity occur naturally?”

Our sociologist friends found that 43% of participants adhered to what they refer to in the article as the “traditional” perspective (religiously focused with little to no understanding of/appreciation for science) and 36% could be labelled as “Moderns” (the opposite of Traditionals).  The remaining 21 percent were something in between. 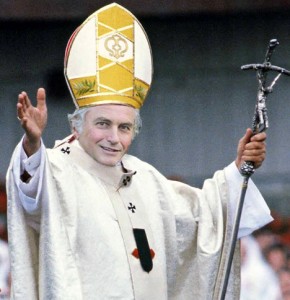 But not “in-between” like Richard Dawkins playing dress-up with Papal robes.