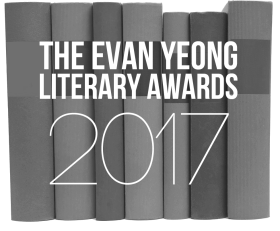 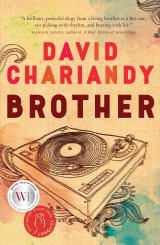 The actual winner of the 2017 Scotiabank Giller Prize was Michael Redhill’s Bellevue Square, which I read the ARC of. Brother was longlisted. END_OF_DOCUMENT_TOKEN_TO_BE_REPLACED

This was the image I stumbled across as I was pondering what to write about today:

“The world is not only for Muslims.”

That was the focus of the person who posted this image, but I found his Islamophobic sentiment to be a whole lot less interesting than the way he chose to show it.

There’s any number of pictures out there that could convey the same sentiment, but he zeroed in on the one with men in saffron robes. Why?

They’re the nice people with the shaved heads and bare feet. The ones with that perpetual look of serenity and profound wisdom. The ones who practically ooze peace and goodwill out of their chakras.

It’s the thing that Jack Kerouac and all the beatniks fell in love with. The thing that melded so beautifully with the hippies in the 60s. Love, altruism, placidity – that’s what Buddhism is, right?

Or maybe it isn’t. END_OF_DOCUMENT_TOKEN_TO_BE_REPLACED

How To Not Ruin The Silver Chair

I get why it’s so tough to fully adapt the whole Chronicles of Narnia into films.

Sure you can make headway capturing the magic and wonder of The Lion, The Witch, and the Wardrobe. It’s a well-known story with mass appeal and everybody loves Mr. Tumnus. 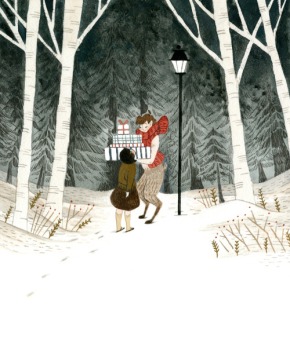 Yet when I stand in the woods holding my package, people get all uptight about it. [Source.]

And while it’s nowhere near as popular, Prince Caspian makes for a good, old-fashioned swashbuckling romp.

My name is Inigo Montoya!

Do it right and you might have the momentum to try The Voyage of the Dawn Treader.

And that usually kills it.

Not that folks haven’t made valiant efforts. It’s just that Dawn Treader is a much slower story – more of a “travelogue” than an adventure on the high seas. The battles, beasts, and betrayals that mark the other two are noticeably absent here, as are two of the original four Pevensie children, and much of the steam built up by the previous two installments.

And that’s a damn shame. END_OF_DOCUMENT_TOKEN_TO_BE_REPLACED

In it we touch on culture wars as a “a conflict between societies with different ideas, philosophies, beliefs, and behaviours,” as well as how we are both individually and collectively wrestling with them. It’s the concept of two vastly differing perspectives that solidified whether or not I should do a brief write-up on my recent experience with a polygraph test. END_OF_DOCUMENT_TOKEN_TO_BE_REPLACED

We’re All In Danger: An Open Letter to Minority Republicans

These are the facts:

Last Wednesday, Srinivas Kuchibhotla and Alok Madasani – two Indian-born engineers living and working in the US – stepped into Austin’s Bar & Grill in Olathe, Kansas. As they had done so many times before, they ordered drinks and unwound after a long day of work. On this particular evening however, Kuchibhotla and Madasani were approached by another patron, Adam Purinton, who began to shout racial slurs at the two men and demanded to know “Which country are you from? Are you here illegally?”, before shouting “Get out of my country!”

Purinton was thrown out of the bar, only to return with a gun, opening fire on Kuchibhotla and Madasani. Kuchibhotla was killed and Madasani was injured, along with twenty-four year old patron Ian Grillot, who attempted to subdue Purinton. Purinton fled on foot, and was next seen five hours later at an Applebees across the state line. Purinton claimed openly to having killed “two Middle-Eastern men.” Purinton was promptly arrested and extradited from Missouri back to Kansas, where he has been charged with first-degree murder, bail set at two-million dollars.

Once again, these are the facts.

What follows is the tricky part.

How do I write about this – any of this – without devolving into incoherent rage? After all these tragedies over all these years, have we gotten any closer to make sense of the senseless?

Perhaps I could write about how Indians and Sikhs have repeatedly been the targets of hatred intended for Arabs and Muslims. How ever since 9/11, an entire group of people who have done nothing – nothing – to harm the US have been harassed, belittled, and even murdered.

And the 2012 massacre in Oak Creek, WI is just one of many examples

END_OF_DOCUMENT_TOKEN_TO_BE_REPLACED

EDITOR’S NOTE: We end each year by each taking a look back and picking our five best posts, explaining both their importance to us and to the world we currently live in.  Clicking the banner images will link you to each post, so as 2016 comes to a close join us in remembering how far we’ve come, but also how far we still have to go.

I know it’s been said all over, but man…

I’m going to just go ahead and embrace the roiling darkness and present, for your consideration, my own chronicle of our downward spiral. Not counting the French war on religious freedom, American attacks on the 2nd Amendment, Don Lemon’s career, and a host of other blemishes we don’t have room for.

Anyways, here’re the major casualties from this year’s culture wars:

While I don’t think this was my finest writing by any means, I do think it’s one of the more important posts I wrote this year. And not just because I want my good name vindicated by future historians or alien archaeologists sifting through the ashy remains of the Western hemisphere.

In the face of a lot of folks trying to come to terms with the election of Donald Trump, I make the argument that they just don’t have to.

In spite of my own frustration and anger at the results of the election, I nevertheless want to state for the record that voting-for-a-lesser-evil is not now, nor ever will be, the answer. In spite of what Mrs. Obama, Elizabeth Warren, and Bernie Sanders believe, democracy cannot be saved by us choosing not to practice it. END_OF_DOCUMENT_TOKEN_TO_BE_REPLACED