There Are Not A Lot Of Synonyms For “Teleport”

The YouTube uploader’s choice of music aside, I think we can all agree that a) that was awesome, and that b) we all like watching people teleport. If we look back a little more recently to the 2006 fever dream that was X-Men: The Last Stand we see that the bamf-ing blue mutant was not actually present among the plethora of mutants presented.

It’s cool, though. At the same time The Last Stand was being developed so was X-Men Origins: Wolverine, which came out in 2009, yet another very sub-par movie about Marvel’s most persecuted type of superhuman. In it we were able to witness will.i.am’s major film debut as John Wraith. John Wraith also teleports.

Worried that we would forget that there are mutants who have the ability to get from one place to the next in the blink of an eye, in 2011 we were given the film that helped redeem the franchise, X-Men: First Class.

Instead of Nightcrawler director Matthew Vaughn gave us the next best thing: his daddy. Jason Flemyng plays Azazel, whose name they chose to pronounce “Ah-ZAY-zel,” who is for all points and purposes a red Nightcrawler.

I will admit that the flames effect his teleportation has was pretty sweet.

Oh, and apparently he’s supposed to be one of an ancient horde of demonic humanoid mutants from biblical times, but that’s besides the point, I guess.

The next installment in what I’m starting to realize is a very long-running franchise is the sequel to First Class, titled X-Men: Days of Future Past. It seeks to tie together the vastly superior “reboot” to the not-very-good third movie, The Last Stand via time travel. 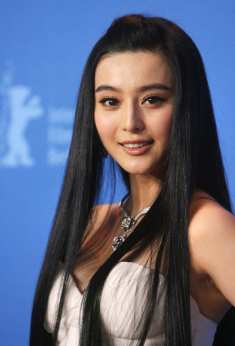 Bingbing is reported to be playing the mutant Blink, who, in addition to being able to de- and rematerialize instantaneously can also throw javelins of teleportation energy, which cause their targets to teleport as well. I can’t promise that this will make it into the movie, but it is undeniably a pretty cool thing.

What is the deal, though, with FOX’s preoccupation with throwing teleporting mutant after teleporting mutant at us? We all think Wolverine has a pretty neat set-up with his adamantium claws and healing factor, but we’re not getting him in a different size, colour, and gender in every movie. Heck, teleporting’s apparently so popular that the NBA has managed to get in on this a little bit.

I’m not really writing this with any specific message in mind, more just reporting a trend. It makes sense that FOX has noticed what people like, but the fact that we keep getting it film after film is getting rote. 20th Century FOX was even the studio that distributed Jumper! A movie solely about teleporters!

Maybe if, after Days of Future Past has a sequel greenlit [it probably will], we can take a break from the mutants that jump in and out of existence and maybe lend the spotlight to, I don’t know, Chamber or something. He’s pretty cool. Maybe we can even let the original teleporter get a little credit; it’s been four movies.