You Are Not The Flag You Wave, Or “Enough with the Equal Signs for Profile Pics”

Yesterday, I saw a picture of Kabul, taken in what must have been the late 70s or early 80s. It was either in or near a university- I recall there being a stone courtyard with tall, shady trees and an ornate water fountain. There were also a couple of young women, wearing short sleeves and pants, carrying their books. The comment section for this picture was awash with sighs about “how beautiful Afghanistan had been” once upon a time and “what a shame it was that religion had come along and messed it all up!”

I was, needless to say, a little ticked off by the responses to the picture. While there were a few people who managed to point out that Islam didn’t one day appear in Afghanistan and wipe out every last vestige of modernism (and that a major Soviet invasion may have played a part as well), for the most part it was all comments on the terrible threat to civilization religion plays.

And I don’t have a problem with that.

Well, no, actually, I do- those conclusions are just plain historically wrong, but it’s not the problem I have with it. My issue, the issue we’re talking about today, is attitude.

Like I said, it wasn’t so much the glaring historical inaccuracy that was bothering me. It wasn’t even the more extreme stuff being articulated by some of the commentators. It was the confidence. The complete lack of any doubt or second-guessing as these people proudly declared their positions on a thing most of them knew absolutely nothing about.

Here’s what it comes down to.

There seems to be a false perception that being an atheist somehow makes you a intelligent, educated, and reasonable person.

Now don’t get me wrong here. I’m certainly not arguing that you can’t be both. There were and are and will be plenty of brilliant, talented, ingenious, and downright heroic atheists. But these people aren’t smart because they’re atheists. Heck, we have just as many examples of great minds who were religious, or atheists who were straight up demented. “But Gordon, you veritable oak-tree of virtue and moral fortitude!,” I can hear you say, “Is this really that big of a problem?”

Not in the grand scheme of things. It’s no famine or genocide or the advent of some golden age. All the same, it does appear to be a growing trend- not just with atheism, but in pretty much every aspect of life. Take a look at what’s going on with science.

I’m guessing you could go on to most any forum and hear people bashing creationists (not without reason) and applauding evolution, but I doubt that if pressed most could give you all that much of an explanation as to basic evolutionary theory. Single out a few people who quote Einstein on their Facebook profiles or “like” groups like “I Fucking Love Science” (currently boasting 4.5 million fans). Press them on some of the material they supposedly ****ing love. While I’m sure there are plenty who would be able to break down our current understanding of the laws of physics or the life cycle of the arctic tern, I’m confident you’d find a disturbing amount of people just there for the inspirational messages superimposed over pictures of galaxies.

And hey- I’m not claiming to be better. I can’t tell you much about the laws of physics or the life cycle of any tern, arctic or otherwise. But then again, I don’t bill myself as some sort of champion of something I don’t know all that much about. 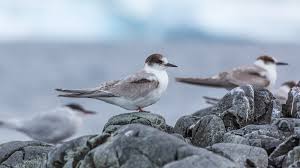 It’s a kind of bird, people

And that’s all just to demonstrate that something can be good and still have lousy (self-proclaimed) followers.

I guess that’s the really sad thing; the hypocrisy this all creates.

The same ignorant, emotional people who sneered at heretics from behind the mask of religious piety have simply switched banners.

Because people have a strange impression that they are what they brand themselves as. Atheist equals smart. I equal atheist. Therefore, I equal smart. Right?

Yet people make that leap anyways. And posting a red equals symbol does not make you somehow progressive or pro-gay.

It’s all essentially bumper-stick politics taken to an extreme. Your contribution society and views and stances on every important issue get boiled down to whatever you can do in a few seconds and with no effort. I know I sound like a crotchety old man, but come on.

I get slacktivism- I participate in it myself from time to time, but we can surely all agree that changing your Facebook profile or “liking” a group posting social justice memes makes about as much difference in the world as blowing really hard affects the courses of hurricanes. If we are what we do, and what we’re doing is next to nothing, then where does that leave us?

As easy as it is, the simple truth is again that declaring your support for something and actually supporting it are two very different things. And we’re cultivating a whole generation of clueless hypocrites of Michael Scott proportions as a result of all this. Just take a look at the reactions of many of the fans of “I ****ing Love Science” to the page being run by a girl.

Isn’t it enough already? I posit we’ve had our fill of blood-thirsty Christians, irrational atheists, misogynistic feminists, and trigger-happy “liberals”.

That last one in particular

So people, here’s all I’m suggesting. If we aren’t willing to put in any actual effort into the things we claim to adhere to or advocate, could we simply stop pretending we actually believe in them?

One response to “You Are Not The Flag You Wave, Or “Enough with the Equal Signs for Profile Pics””