“What do you think of when you hear the word colonial?”

That was the question posed to me and others by a Black interpreter, a title that the Colonial Williamsburg Foundation has chosen to use over the more popular “historical reenactor.” It’s also one I had asked myself in the months leading up to the one-week vacation my spouse and I would be taking in Williamsburg, Virginia. To be perfectly honest, my answer before visiting didn’t amount to very much at all. Leftist internet circles and the odd Key & Peele sketch had helped me arrive at the conclusion that the Founding Fathers were a problematic bunch, but having eschewed American History in high school my familiarity with them was limited to binge-listening to Hamilton.

In spite of, or maybe due to, the level of my ignorance, I was excited to take a trip back to the 18th century in what I would later learn was the first permanent English colony in the Americas. While the City of Williamsburg owns the public streets that the restored Colonial-era buildings can be found on, buying tickets allowed the two of us to enter several of them and join walking tours. (Lifehack: teachers receive a 25% discount, so either marry one or finish a years-long education degree to save a little money!)

The interior of the Governor’s Palace, with portraits of Queen Charlotte and King George III bordering the doorway.

END_OF_DOCUMENT_TOKEN_TO_BE_REPLACED 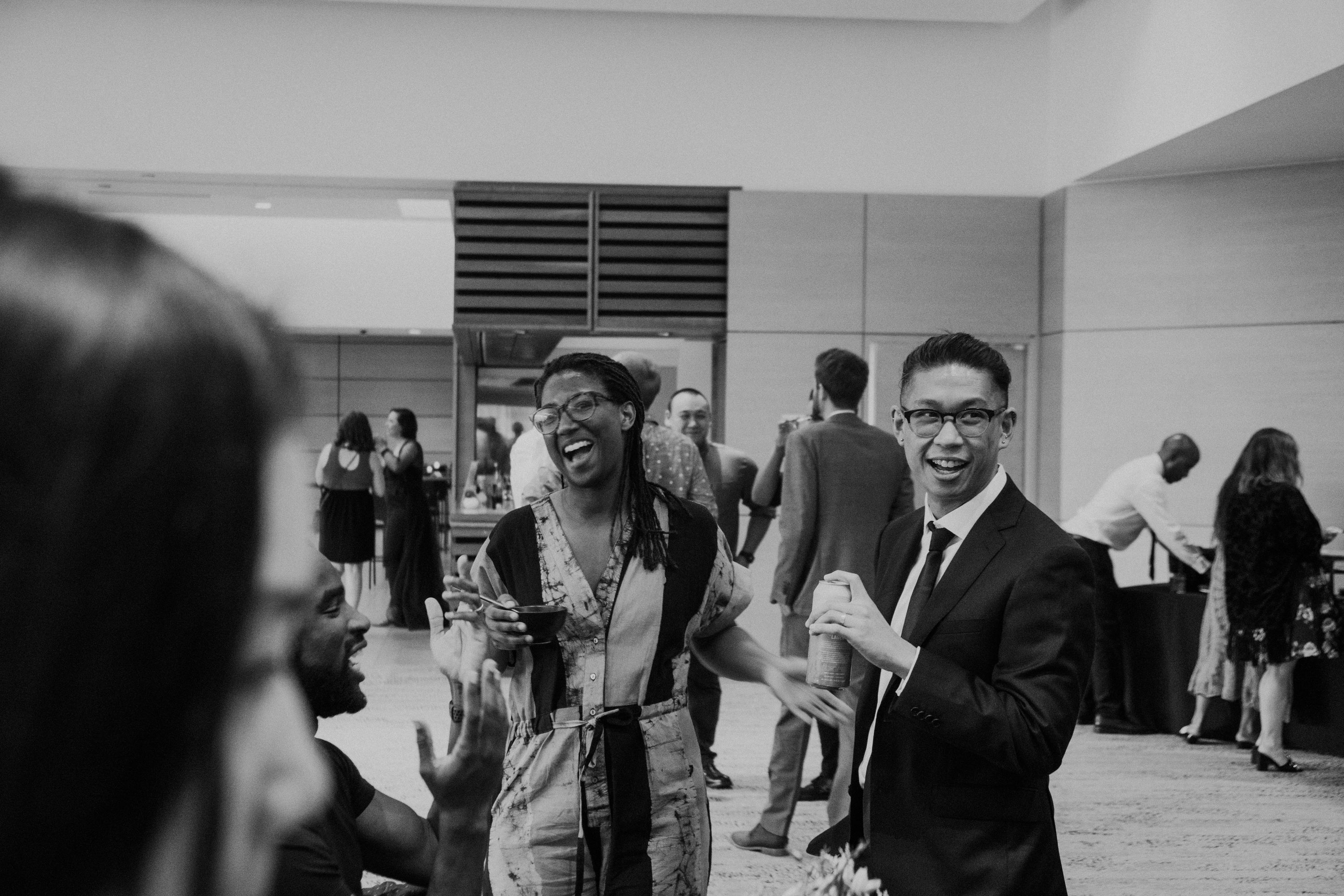 Of those visible and pictured here, roughly 1/3 have since tested positive for SARS-CoV-2. (That’s me on the right holding the beer.) Photo credit: Josiah Bilagot (@jbilagot)

Long-time readers of the site will be familiar with this feature as the rare recounting of a hands-on lived experience. Over the years my co-writers and I have shared our personal encounters attending such events as a LARP-ing session, major esports finals, and even an “Extreme Midget Wrestling” match. While each was a brief glimpse into an occasion the general public may never stumble across, what I’m sharing today is much more personal and, unfortunately, much more likely.

This past Saturday, July 23rd, my spouse and I hosted a reception at the very lovely Bluma & Appel Salon at the Toronto Reference Library to celebrate one year of marriage with our friends and family. It was a far cry from our actual wedding in July of 2021, when the backyard ceremony was comprised of the two of us, our pastor, my parents, my grandfather, and our photographer. Had we all seven gone inside afterward to share a meal in an enclosed room we would have flagrantly broken the provincial COVID guidelines at the time. In contrast the reception included roughly one hundred guests from dozens of households, interacting unmasked, dancing, and even enjoying a Indian vegetarian-vegan buffet-style dinner. It was one of the first pure, unbridled moments of joy I’ve felt in quite a long time. END_OF_DOCUMENT_TOKEN_TO_BE_REPLACED

The Christian Decision to Rejoice or Weep Over the Past Weekend

The apostle Paul’s letter to the Romans of his day has been described as an “all-encompassing…[summary] of the Christian faith,” at least by the Devotional Study Bible I’ve held on to since I was a child. As a result it contains a number of passages that will be all too familiar to the present and former church-goers among you. Romans 10:9, for example, is a pithy primer on salvation for the would-be evangelist, whereas 8:28 is a verse that’s often brought to bear in tough or uncertain times. A particular section that’s been weighing on me is more broad in its usage: Romans 12:15.

It brought to mind an event from several years ago, in the hazy span of time between my tween years and my early twenties. My family was all together for a summer in Toronto, and it was the weekend of the city’s Pride Parade. I remember it raining that Sunday, and hearing my mother muse aloud that it was a good thing the weather had taken a turn for the worse as it would undoubtedly put a damper on the festivities. She intimated that for her this was a time of great sadness.

I couldn’t help wondering if she felt the same way at the beginning of this week.

END_OF_DOCUMENT_TOKEN_TO_BE_REPLACED

Why Does the Billionaire Romance Hero (Still) Exist?

No one needs a billion dollars, no one person needs that much money, starts the viral TikTok song by Chaz Cardigan. It’s a fairly straightforward thesis, and even though the original video has since been taken down, the sound persists and has been used by countless other users, with videos like the one I linked to collectively garnering millions of views. Backing up that initial point, the lyrics continue:

A billion is a thousand million,
That’s twenty-one thousand years of work
At minimum wage to make that money
To hoard like you deserve it.
No one makes a billion dollars
Without exploiting workers.

Although this earworm acts as evidence that a platform predominantly skewed toward Gen Z is cool with vilifying the ultrawealthy, the sobering truth remains that as a culture we worship billionaires. It’s not just people who go far out of their way to simp for Elon Musk, either-

Mr @elonmusk I hear you're homeless🥺 you can come live with me anytime here in South Africa, we have a spare room in our house and a garage you can use to park your Tesla..

-it’s the constant media attention paid to those who make more in a single day than most of us are able to in an entire year. To be absurdly rich, at least in North America, is to achieve celebrity status, and the news cycle reacts accordingly. While the lavish praise heaped at the feet of such icons as Warren Buffett can often feel like it borders on infatuation, things truly cross that line when we consider the literary genre of billionaire romance. The name really says it all: the category exists to portray fictional billionaires as the desirable objects of our affections. END_OF_DOCUMENT_TOKEN_TO_BE_REPLACED

Why You Shouldn’t Watch Hobbs and Shaw

While it doesn’t quite promise to sweep the box office like the franchise it spun off from, Hobbs and Shaw is garnering a fair amount of excitement among demographics that want to see Dwayne “The Rock” Johnson do to a helicopter what Chris Evans already did in Captain America: Civil War back in 2016. Well, that and audiences that want to watch two of the biggest, burliest men in Hollywood punch a third big, burly man. That’s not to say that these are the reasons to give this action movie a pass (and in fact seem like strong arguments to actually go check it out).

As the marketing on some posters seeks to remind audiences, “This time there is no team.” In spite of the fact that Hobbs and Shaw is “presented” by Fast & Furious, Dominic Toretto and co. are nowhere to be seen. Not only is la familia absent, but this movie stars two of their former antagonists. Johnson plays the titular Luke Palagi Hobbs, a federal agent hellbent on taking them down in Fast Five, and Jason Statham is Deckard Shaw, an assassin-turned-mercenary who sought revenge on the team for putting his brother in a coma. That said, the general quality of villain-centric films isn’t the reason to skip this one, either (though Suicide Squad should have been enough of a deterrent on its own).

The reason not to watch Hobbs and Shaw takes place at the very end of Fast & Furious 6.

END_OF_DOCUMENT_TOKEN_TO_BE_REPLACED 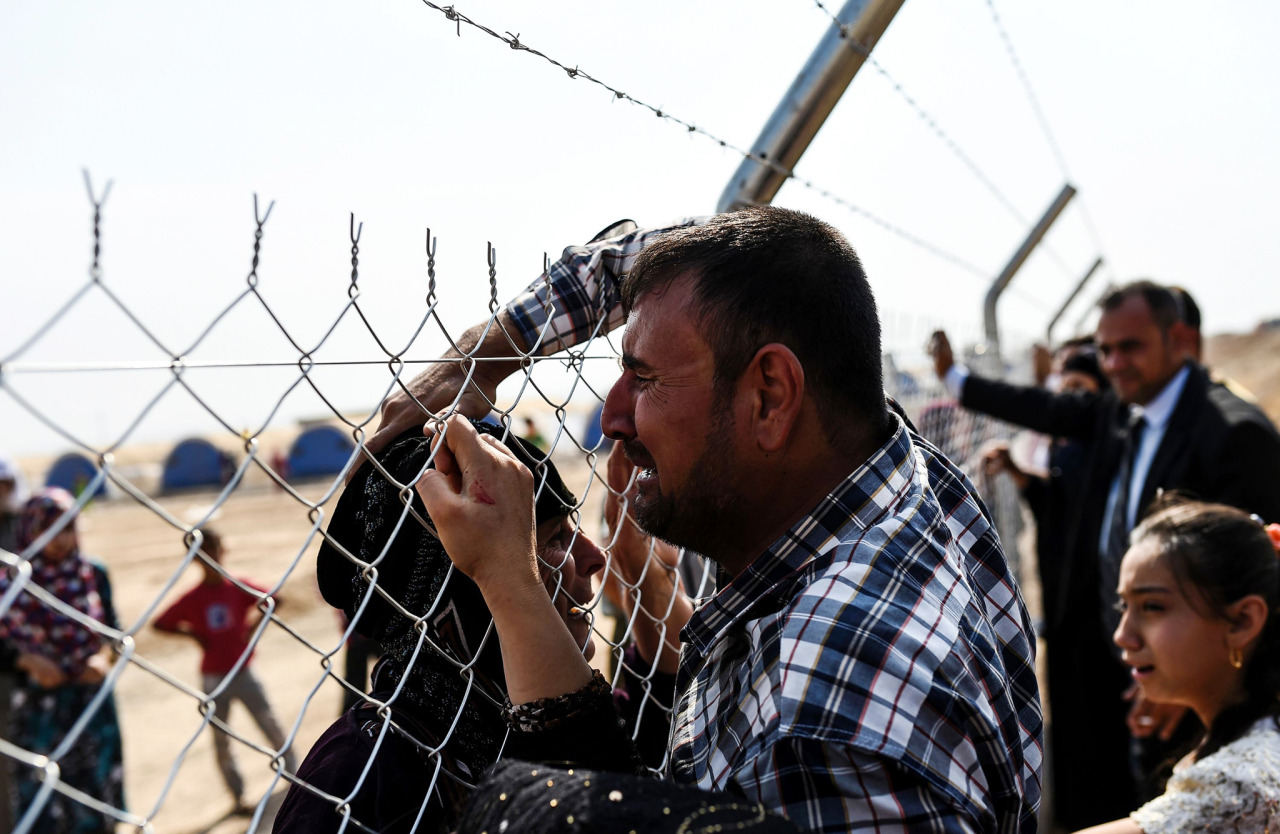