The past week has seen a dramatic increase in tension in the Korean Peninsula as hostile rhetoric continues to issue from both sides of the DMZ. In the west, reactions have been mixed, with the media alternatively portraying the situation as being on par with the Cuban Missile Crisis and simultaneously pointing out the primitiveness of North Korea’s military.

For the most part it seems the average American’s mood to all this is one of bravado. I can’t count the number of comments and pictures I’ve seen over the past few days declaring what will happen “If North Korea attacks.”

What strikes me most is how lightly everyone commenting on these pictures took them. Jokes were made, slogans were shouted, and not once did I hear anyone actually discuss the full implications of yet another war. The North Korean dictators have been depicted over the years as being insane despots of cartoonish proportions- perhaps this sheds some light on the casual tone so many seem to be taking when discussing the possibility of bombing a nation out of existence. North Korea is not simply some fantasy land comprised entirely of goose-stepping soldiers and a crazy tyrant. It’s simply been depicted that way for so long that we simply can’t comprehend any other way of responding to it.

This is the true image of war. It is not clean, it is not quick. It is not great or glorious. Even Dwight D. Eisenhower, leader of the allied forces in WWII and president of the US, understood this simple truth, declaring:

“Every gun that is made, every warship launched, every rocket fired, signifies, in the final sense, a theft from those who hunger and are not fed, those who are cold and are not clothed. The world in arms is not spending money alone. It is spending the sweat of its laborers, the genius of its scientists, the hopes of its children.”

And we are not strangers to this fact.

I am 22 years old, and for more than half of my life, the US has been fighting the longest war in it’s already bloody history. I was 11 when the US invaded Afghanistan. Over a decade later, my generation can fight in a war most of us were too young to remember the beginning of.

And now, at the prospect of yet another war, we’re somehow drooling- you’d think hundreds of thousands of dead just might sate our appetite for war.

What makes it all worse is that we’ve seen it all before. 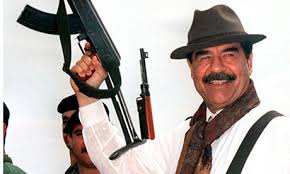 …who rules a nation still on dial-up… 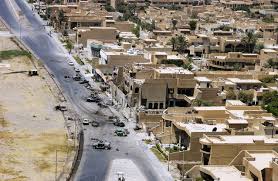 …Which he intends to use unless we strike first…

One of the few points of pride I’ve claimed about my generation is that unlike our parents, we don’t scare. We’re not willing to throw our money and our soldiers to the flames simply because some oily politician tells us the big bad terrorist bogeymen will get us if we don’t. I’ve said that we’ve been there. That we won’t be fooled again.

I’d like to be able to keep saying that.

Don’t make us have to go through this all again.