Talking About Celebrities Talking To People

I’m going to start out with a few fun facts for readers both old and new alike.

The most hits we have ever gotten was a result of massive Facebook sharing of a post I wrote about the bombing that happened in Boston. That all-time high was 562 views.

Last week Kanye West tweeted about Pacific Rim, praising it for being “easily one of [his] favorite movies of all time.” That first tweet was retweeted 8,853 times, and memorialized 5,177 times by all his twitter followers who chose to favourite it. To put that into context, Kanye West has about 9.7 million people following him on Twitter. 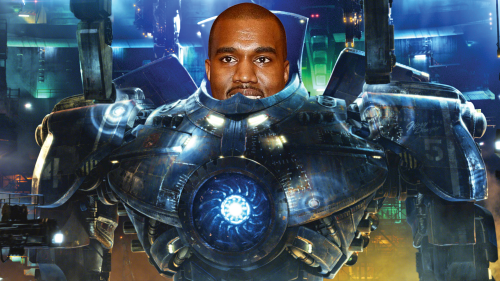 I spent the past eight or so minutes PhotoShopping the above image together, and the fact is that at best only a few hundred people will see it, and that’s just the honest truth. On that note, if anyone has a tumblr account and wants to post it, please, by all means, go for it. Linking back to this blog would be neat, if you did.

To change gears really, really abruptly, on Thursday one of my co-workers decided to show us the first minute or so of Yasiin Bey, more popularly known as rapper Mos Def, demonstrating the standard force feeding procedure at Guantanamo Bay. I had to force myself to watch the entire thing before writing the rest of this post. You don’t have to, but here it is if you’d like:

Force feeding at the Guantanamo Bay detention camp has been reported on as far back as 2005. As of this writing the video above has 4.6 million views, and that’s not including the thousands watching news reports and responses to the video, as well as the hundreds of views of people piggybacking and uploading copies of the same thing. Most major news outlets have covered the demonstration.

My question is whether or not this kind of attention would have been given had the subject of the video not been Mos Def. Yes, the the video was filmed in association with British newspaper The Guardian, but even without that I’m under the impression that it still would have gone viral very, very quickly.

In other news regarding the power of celebrity it was reported that actor Mark Ruffalo was placed on a US terror advisory list. His crime? Campaigning in support of Gasland, a documentary exposing the dangers present in natural gas drilling. 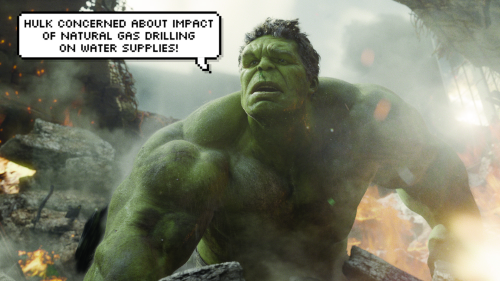 Again, I can’t help but wonder how big a deal the US government would have made over Tom Whatshisname from Small Town, Idaho trying to increase awareness about the fact that in some places people can set their tapwater on fire. Mark Ruffalo wasn’t the Hulk when this happened, back in 2010, but he was [and still is] an actor, who at the very least was Matt from 13 Going on 30.

I don’t think I have to provide any more examples to demonstrate just how much clout celebrities can have when it comes to reaching people. With a few taps of his thumbs Mr. West can give a summer blockbuster his approval. And that same note, Mos Def, while not as large a name, can still cause people’s ears to perk up in a way that they wouldn’t when asked, “Hey, want to watch this video of some random guy getting force fed?”

And the incredible thing is how much they can actually do. Mos Def has stood for several causes in the past, but this one video forced me to do some research about Guantanamo Bay, leading me to the news that Muslim prisoners have been harassed sexually in an incredibly disturbing fashion. I didn’t know this before, but I do now, and am dedicated to further reading up on the atrocities committed there. Mos Def’s demonstration has succeeded, in some small fashion.

On some level the writers here at Culture War Reporters are trying to communicate messages that we believe in [and generally agree on] to as many people are willing to read them. Ideally we would like to reach thousands, not for our egos, but because some things are worth thinking about and most people don’t bother.

I don’t 74 followers on Twitter, not that I really use that form of social media anymore.  My greatest claim to fame there is that Sean Paul follows me [proof]. Chances are also not great that either I [or Gordon and Kat] are going to gain celebrity status anytime soon. I’m not saying that we’re not a talented, good-looking bunch, it’s just that the likelihood of any one of us obtaining a fan club is not high.

I don’t particularly want to be a celebrity, but I do want people to read what I and my co-writers put out there. But how much good can any celebrity do, when it comes to promoting social justice, or environmentalism, or any other just cause? I’m not exactly sure, but that’s a conversation for another day.

One response to “Talking About Celebrities Talking To People”