It’s 10:30 here in Las Vegas and 96 degrees, and with tonight’s news out of Florida, I know I’m not going to be getting any sleep without howling a bit first.

In spite of the widespread shock and outrage at the acquittal of Florida neighborhood watchman George Zimmerman for the murder of unarmed teenager Trayvon Martin, there are still plenty of people out there trying to come up with defenses for this, the most widely publicized miscarriage of justice since the wrongful execution of Troy Davis. 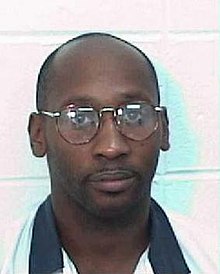 In the coming days, we’re going to be seeing rallies, marches, and perhaps even riots around the nation in response to this travesty, and some responses are going to be needed to the litany of excuses that are going to be offered for the decision of the jury.

Here’s what we’re probably going to be hearing:

I. The Court Must Be Right, Because It’s The Court

This image was posted about half an hour ago, and was receiving no small amount of support in the comment section. I imagine that this is going to be the first line of defense that critics of the outcry are going to fall back upon: citing the greater knowledge of the jurors and the accountability of the legal system.

Because we’ve never convicted innocent people before, or let guilty ones go free.

This is America. In 1993, The Scott Sisters were sentenced to life in prison for the heinous act of stealing 11 bucks. A trio of teens dubbed the “West Memphis Three” spent nearly twenty years in prison for a crime they were only recently acquitted of by DNA evidence.  LAPD officers Koon, Powell, Briseno and Wind who viciously beat Rodney King were acquitted of their crime. Bay Area Rapid Transit officer Johannes Mehserle was given just over a year’s worth of prison time, in spite having been caught on camera shooting prone suspect Oscar Grant in the back.

The point is, our courts aren’t exactly known for producing justice. Blind faith in the infallibility of the legal system is just, well, dumb. No, we don’t know everything that the jury did, but to use that line of thought would mean that we’d just accept the verdict handed down to the Scottsboro Boys.

II. Trayvon Had Drugs In His System

You’re going to be hearing this argument from people who don’t understand what drugs are or how they work. Good thing is, you don’t have to explain it to them- the drugs aren’t the issue. As a buddy of mine put it, “Trayvon could have been on PCP, that still wouldn’t have given Zimmerman the right to shoot him!”

And that’s really all there is to it. Being under the influence doesn’t mean it’s suddenly open season on you.

Oh, and just for the record, Trayvon had small amounts of marijuana in his system.

You know that drug that makes you really aggressive and violent?

III. “Trayvon Martin Was A Thug!”

I didn’t know him, I can’t speak to his character- I seriously doubt that you can either, but that’s not the point.

I imagine it gets pretty cold in that glass house…

Trayvon Martin could’ve been the reincarnation of Pol Pot, Cortez, and Caligula rolled into a single person, and it still wouldn’t matter. Zimmerman had no way of knowing who Martin was when he started stalking him- not that it makes a difference. If we’re going to be determining who can or can’t be gunned down  on the basis of what your personality’s like, then we all might want to check our comment history and our past treatment of service industry workers and start investing heavily in some Kevlar.

IV. “Hey, Zimmerman Did This In Self-defense!”

If I followed you with a gun, stopped you, and started interrogating you, and you hauled off and hit me in the nose, and then I shot you, would that be “self defense”?

Self defense is when you’re minding your own business and you suddenly have to defend yourself against an unprovoked attack. Say you’re walking back to your house and some guy with a firearm stops you and starts grilling you because you look vaguely like someone else. You’re being detained against your will and intimidated by someone carrying a deadly weapon. In spite of being outsized and outgunned, you wallop the guy.

V. “You’re Just Angry Because This Is A Racial Thing…”

First, with the state of things in this country, it’d be pretty damn hard to imagine that this would have gone down the same way if Zimmerman had been black. But ignoring that issue, you’re still missing the point.

Seriously, anyone who says America has moved passed it’s racism issues hasn’t been outside in… forever…

Each and every person in the rallies could be a raging bigot, but they are not on trial here. Whether people are angry for the right or wrong reasons is inconsequential; we have no bearing on justice. We could be frothing at the mouth because the judge didn’t wear a curly wig, and that wouldn’t alter the fact that a guilty man has been allowed to walk free.

VI. “People Get Killed Every Day…”

I read the news at least three times a day- you don’t have to tell me. And yeah, that is true, this isn’t the first time murder has been committed. Heck, as tragic as this case is, it’s by no means the most heinous murder committed in recent memory. But that’s not the point either. This trial is not about those deaths- it’s about Trayvon’s. What’s happened in other places is irrelevant- this trial was meant to exact justice for this dead teenager, and it failed. To say that Martin shouldn’t get justice because other people don’t is nothing short of depraved.

VII. “I Don’t Want To Get Pulled Into This…”

This is by far the most vile response to the outcome of the trial yet. As the story is making it’s way around the internet, people are saying “Hey, I just want to look at my pictures of cats,” and really, this is the source of the other arguments attempting to disregard or downplay the result of the trial.

If something wrong has happened, it therefore means that you have to do something about it or be generally understood to be something of an ***hole. Or, of course, you can come up with some flimsy argument that there somehow hasn’t been some grievous miscarriage of justice, sparing you both the effort of taking action and your recognition of being an ***hole.

These aren’t defenses, they’re deflections by people too scared to either take a stand or to out themselves as selfish and egotistical.

Call them out on it. The result of the Zimmerman case is enraging enough without it being used by people to duck out of raising a voice.

18 responses to “Arguments for Trayvon”