When Do We Forgive Celebrities?

We all screw up.

It’s a simple and inevitable fact of life. Some of us have a few, major blunders, others are stuck with a seemingly unending trail of little errors, but the point is, everyone makes mistakes.

We’re going to be grappling with that issue, so upfront I want to declare that nobody’s perfect.

Then again, not everyone has a racist meltdown in a crowded comedy club.

In case anyone’s unaware, that’s Michael Richards, who you might recognize as Kramer from Seinfeld (in spite of also having a pretty illustrious career as a Shakespearean actor). In spite of his profuse apology for his psychotic break, Richards’ career was pretty much destroyed by this video.

If you’re not familiar with that, you might be at least aware of actor Mel Gibson’s drunken claim that “the Jews are responsible for all the wars in the world.” You might also have heard about a statement he made to his then-girlfriend, “You look like a f-cking pig in heat, and if you get raped by a pack of niggers, it will be your fault…. I am going to come and burn the f-cking house down.”

I go could go on, but my goal here isn’t to list the many awful things Mel Gibson (or any celebrity) have spewed out over the course of their lives.

Now since his rants and apologies, Gibson has come out with a few different movies.

Now I haven’t seen this film, but it apparently enjoys an 80% rating on Rotten Tomatoes, which is a pretty dang respectable score, all things considered.

Even so, I don’t know that I’d watch it.

And I’m not talking about buying the movie or even renting it- I mean that I wouldn’t sit in front of any screen and view it, even if I wasn’t doing anything to contribute to Gibson’s living. The association alone with a guy who has repeatedly declared some pretty dang awful stuff- I just don’t know that I’d stand for it.

That’s really the point of all this- at what point do we forgive celebrities and public figures for the things they’ve said and done?

Let me throw another example your way. Last year, a guy by the name of Howard Stern became a judge on America’s Got Talent. Stern used to have a radio show, in which he did stuff like this on a fairly regular basis:

Now I’m going to admit that I didn’t watch the full clip. Partly because it’s late and I’m tired, and mostly because I’ve had steaks which I’ve treated with more basic humanity than how Stern treats that girl. Keep in mind, this isn’t some isolated incident- this thing is pretty much Stern’s whole schtick.

Or it was until he got onto America’s Got Talent. Now I’m not exactly expecting an American Idol knock-off to be the greatest show on earth, but even they must have some standards. Honestly, I’m surprised this hasn’t generated more of an uproar.

Again, when exactly do we overlook past offenses? Granted, the examples I’ve given are pretty extreme, so let’s blur the line a bit here.

Christian Bale had an absolutely uncalled for meltdown when some crew member accidentally blundered onto set. It went a little something like this:

I mean, yeah- there are spoiled three-year-olds out there who’d say “Yeesh man, chill out” to that rant. It’s not viciously racist or sexist, but it’s still pretty dang lousy. So does that mean we can’t enjoy Dark Knight Rises? 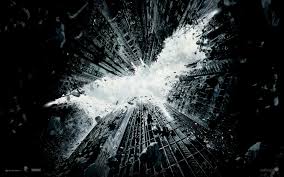 Yes, because it was a terrible movie…

Evan and I have already talked about separating the artist from their work, but that’s not the issue here. The question isn’t “what do you have to do to fall from our graces” but rather “what do you have to do to get back into them?” I mean, everyone I talked about (with perhaps the exception of Stern) has apologized for the crap they’ve pulled, but is that all it takes? Chris Brown brutally beat his girlfriend- do we just overlook that because he said we was sorry?

I’ve thought about trying to make the argument that you oughta offer the same treatment to celebrities you might offer to anyone else you know. Problem with that is that not everyone you know gets the same treatment. A friend might say something dumb or hurtful, heck- maybe even something straight-up malevolent, and I’d probably still be a friend (depending on what’s been said). If the same thing were to be said to me by a stranger, I’d probably walk away or start railing on him. Celebrities and public figures are, in that same vein, going to get different treatment- just exactly what that treatment ought to be, I haven’t figured out.

And I’ve been using “celebrity” pretty freely here. Truth is, I might not offer the same set of standards to everyone famous. I’d be way more concerned if a politician said something homophobic than an actor. And while we’re at it, when do we forgive politicians?

Robert Byrd, the longest serving senator in American history, was a straight-up leading member of the Klu Klux Klan. Obviously he eventually withdrew his racist positions, but still- do we just let that slide?

Former Congressman Anthony Weiner, who was thrust into the spotlight by a particularly embarrassing sexting scandal, is currently running as a mayoral candidate for New York City. Conservative governor of South Carolina Mark Sanford not only cheated on his wife, but used state funds to do so and still got elected to congress.

Beating Stephen Colbert’s sister, who was his democrat opponent….

Yes, both men apologized- but do we accept that? Should we be demanding more? Some sort of proof of change of heart? Some kind of moral restitution?

What do you think? What’s a public figure have to do to restore your faith/support/fandom in him or her?

3 responses to “When Do We Forgive Celebrities?”