GORDON: Ladies and gentlemen, things are happening in England.

I’m talking about the recent decision by the Cameron government to make pornography blocked by default on British internet service.

EVAN: To segue into us talking about this in earnest, I thought it’d be good to go into our personal experience with this.

GORDON: Seeing as how internet came to Syria relatively a short while ago, and most of the nation was- when I left anyways- still on dial-up, I really couldn’t comment about it. So long as the pornography didn’t question the regime, I guess it may have been tolerated, but I have no idea.

This wasn’t too far off…

EVAN: As far as how I personally feel about it, my personal experience really colours that. I mean, pornography is not being outright censored, people are still going to be able to access it. It doesn’t feel like a big deal to me.

Game of Thrones has some pretty graphic sex scenes, would it constitute pornography? The Statue of David? The Kiss?

EVAN: So are you worried that R-rated content will be made temporarily inaccessible as well as X-rated content?

GORDON: It wouldn’t the first time something like this has happened in Britain. Heck, just look at Australia.

EVAN: I’m gonna need a little more context. You know I don’t typically keep up with the world outside of Marvel and DC.

I’m also going to assume, based on your answer, that what I mentioned is a concern of yours.

For example, in Australia, there is (unless something has changed) an outright ban on many video games classified as “violent.”

EVAN: Okay, I guess I see what you’re getting at. Let’s stick to the topic at hand, though, which is pornography.

I don’t really see the issue, since it will continue to be accessible to those old enough to view it. What do you think about it besides the fact that we don’t [the two of us, anyway] have a clear distinction where the line is drawn?

GORDON: Well, as many have already pointed out, spending all this cash to institute a change in a country that’s already suffering some pretty severe infrastructural problems is, well, just stupid.

I’m not going to disagree with that.

And it’s not like British culture isn’t saturated with some pretty raunchy stuff anyways.

But when it comes down to, I don’t like the idea of the government trying to legislate morality.

EVAN: It’s my understanding, and I’ve only skimmed a few articles on this, that this is primarily being done to keep pornography out of the hands of the under-aged.

Even with the above in mind, I can’t fault them for that. I, of course, am viewing this as the act alone, free of the fact that they’re spending an exorbitant money on this.

Looking at it like that, it’s just as much a legal thing, I think.

Blood in the streets.

As far as how many eight-year-olds are watching X-rated stuff, I knew of one when I was in middle school. I’m not saying he’s going to turn into some kinda sex criminal when he’s older, I’m just saying it happens.

Would that have happened given this new law? I mean, maybe, but the possibility certainly decreases. In general, just because we haven’t noticed society crumbling isn’t really a good indication of whether anything is good or bad.

GORDON: Well, let me break it down for ya:

IV. Again, raising your kids is your job, not the government’s. You instill values in them, not the schools, and definitely not whatever office drones have to waste their time monitoring and enforcing all this crap.

EVAN: I. Like I said earlier, we are, or at the very least I am, discussing the act itself and not its socioeconomic repercussions and so on. I don’t disagree with this point except that I don’t feel it as being especially cogent.

II. There’s a pretty apparent parallel in the Akeeps merican legal drinking age and underage drinking, I think. We’ve talked about this before.

GORDON: Well, speaking as someone who grew up in a country with some of the most brutal levels of censorship on earth, perhaps I’m just a bit more edgy about attempts to do stuff like this

EVAN: That is likely.

This is why you don’t get an Empire…

It’s just so uncalled for.  This- this– is the immorality the British government is concerned about?

Yeah, let’s let the EDL and BNP and a host of other white-supremacist groups terrorize and murder immigrants, but kids maybe, possibly seeing more than they do in our of our commercials? The horror! 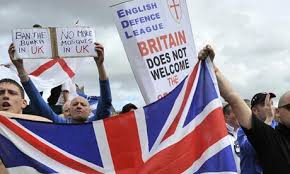 EVAN: I think the thing is, as I start to wrap things up, is that we’re viewing this very differently.

You definitely bring a lot of very good, valid points to the table, but ultimately the hyper-racist supergroups that are active in the UK don’t come into this. The main thing that you said is whether or not this is effective.

What I agree with is the sentiment of “let’s try to deter kids from looking at pornography.” That I entirely get behind. If this isn’t a plan that really gets things done then that’s disappointing, and it also means that I can’t support it anymore than you currently are.

GORDON: I don’t want to make it sound like I’m okay with the government doing this. What my children do or don’t have access to is up to me as a parent.

‘Course, I want my kids TO read dreck like Atlas Shrugged, Mein Kampf, and Leviathan, so again, I guess I’m biased.

But what do you, the readers, think? Leave your comments below, as well as a suggestion for next week’s topic.

EVAN: Seriously, you guys. You all used to be so good at that.

GORDON: Don’t let us down.

EVAN: And, with that barely veiled threat, I’d like to thank you all for reading. You’re all <insert generic compliment here>. Have a good one.

A little parting thought from Dr. Cox, from one of Gordon and my favourite shows.