People Who Disappear: A Book Review 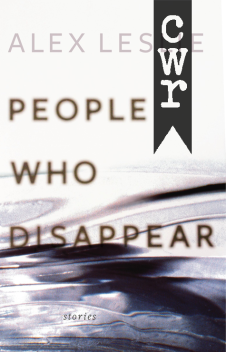 “Sometimes romantic, sometimes elegiac, Alex Leslie’s coastal stories take place in ocean inlets and city streets. Haunted as much by technology as by their own ghosts, Leslie’s characters face the disappearance of sanity, love and landscape. An electric, poetic debut.”

So says the back cover to a book I picked up for $4 at a U of T book sale. An accurate blurb if there ever was one, Leslie is an author who has undoubtedly mastered setting, and you can practically taste and feel the salty, frigid air of Canada’s west coast. Her first book’s title is also one complete with a promise: between these covers live characters who fall between the cracks.

A good number of them are lovers, like in “The Coast is a Road” and “Two-Handed Things”,  people who have committed to relationships in spite of their own doubts and fears. Others are children, searching for abandoned logging towns in “Ghost Stories”. On the very fringes are those with mental disorders, a step farther removed as they are not always the narrator, like in “Wire Boy”, but viewed from an outsider’s perspective as in “Like Mind”.

Leslie has a very strong understanding of fear and vulnerability, and many of her characters both young and old embody that. As a result what truly stands out among her stories is when the narrator is the one making the bold moves, initiating the romance. “Preservation” is a tale that juxtaposes fossils with a relationship that could never last, and has the reader aching for both parties to escape together as soon as possible.

Archaeology crops up again in the third story, “Face”, which involves children rooting through the gaping pits of torn down houses. The title’s theme is clearly present here: eventually every one of us will fade away. Yet that’s contrasted by the fact that we leave parts of ourselves behind to remembered, a handful of arrowheads or, like trilobites, our ossified outlines.

Above the blurb I quoted is another paragraph which promises a story in which “An enigmatic young musician experiences the rise and fall of his career, as told through videos posted to YouTube.” While certainly a commentary of sorts on the erosive quality that fame can and does have, it’s especially fascinating as an alternate take on how a certain contemporary Canadian pop culture icon’s life could have gone. I think you all know who I’m referring to.

Wisely omitted from anywhere on this book is a potential category which roughly half of the stories could fall under. This serves a number of purposes: to state that this is a book is for everyone, to remind readers how easily overlooked some of us are, and to instill in the majority what it truly feels like to be on the outside looking in, able to relate but never directly so.