I was saving this one for May, which I’ve reserved in advance for leftist issues, but seeing as our honoree for the day has been really active this week, I figured I’d better get the spotlight on her now. Who is it?

I celebrated her victory in private when she won back in November, but when she popped up again in my newsfeed, I knew I had to run her here. What caught my eye?

Actually she’s only accepting $40,000, which is just shy of a third of her original salary, and still below the national average by 4K.

Someone commented to me that it’s a shame she didn’t just donate half of her salary, rather than let it be absorbed by the incompetent government, to which I say (1) that’d probably not make as much of a statement and (2) if she did, critics might complain that she’s just playing into the corrupt NGO-complex and that money will probably never reach the target population and blah blah blah.

Situations like this kinda remind me of Judas complaining that the woman spent a  years worth of wages to wash Jesus’s feet could’ve spent it on the poor, rather than just accepting that the woman was trying to do something nice, but I’m not here to preach about that.

And for clarification, Sawant is donating half of her salary- I just thought this reaction would be something to point out.

But back to Sawant.

As you’d expect, her platform included environmental concerns, namely the pollution from coal trains coming through; the expansion of public transit; higher taxes upon millionaires and lower taxes on small businesses and homeowners; the raise of the minimum wage. 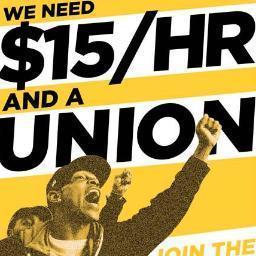 Of course plenty of liberals would try to edge their way in and protest that they advocate for all these things as well. Fortunately, Sawant hasn’t shied away from calling out the Democrats for their many transgressions, tearing into them in her response to Obama’s state of the union address.

And yes, for anyone thrown by the statement made at 1:27, the NSA is using the Angry Birds game app to monitor its own citizens. Because apparently my 6 year old cousin is a potential security threat.

And it’s not just Sawant’s championing of the needs and demands of the poor and working class majority, it’s what she represents in our culture as a whole. Sawant is the first Socialist to have been elected in Seattle in nearly a century. The last time a socialist sat on any city council, Karl Marx still walked the earth! Just symbolically this is a huge victory for the American left, severely wounded from the combined monstrosity that was Stalinism and the attacks of McCarthyism on the right. Bloody and scarred and splintered as the movement is, we’re finally pulling ourselves together and presenting something to the public that they can sink their teeth into.

From Great Moments in Leftism.

Translated in simple English, that comic is saying that Sawant’s victory doesn’t really mean that people are becoming revolutionary and that her victory doesn’t mean all that much. My response to that would be as follows:

This is why we can’t have nice things.

We actually get a self-proclaimed Marxist into a major political office for the first time in a century after countless years of demonization and people start whining that it’s not somehow not something worth appreciating?

We will not allow one of the most significant achievements, and a selfless, principled politician go without applause. Not on this blog we won’t.