I. Marxists Are Intellectual Snobs

Well, we’ve known that for years- and while Communists themselves aren’t entirely to blame for this, there’s nevertheless a responsibility to be had here. See, the rise of that monstrosity called Stalinism wound up driving most actual Socialists into the only haven that would take them- academia. While colleges and universities provided shelter from the attacks of both the USSR and Capitalism alike, the movement emerged with all the worst traits of intellectualism. Today’s Marxists seem, for the most part, woefully out of touch with the struggles of the common man, more interested in dissecting the minutiae of obscure Prussian economic theory than actually helping out the poor, the homeless, and the working class.

Guess who has two thumbs and doesn’t give a flying **** about the differences between the Popular Front and the United Front?

This isn’t just preventing action in defense of the downtrodden- it’s actively killing the movement. I remember a few years ago when I was looking to join up with a Socialist party. I had sent in letters of inquiry to a number of major parties, and the response I got from pretty much all of ’em was this:

“Hey, we’re totally down with you joining! Send us your first monthly dues and we’ll get you educated!”

I’m guessing I’m not alone here. There are thousands of eager young folks brimming with revolutionary zeal and eager to get to work, and all they’re being told is that they’re going to be spending the next couple years memorizing the particular dogma of whatever branch they join up with. And it’s not just the parties, it’s everywhere. I challenge you to find any self-styled Socialist group on  Facebook that isn’t less than 90% abstract debate on some minor figure from the Russian revolution. 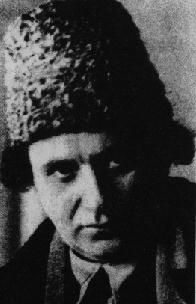 “But Comrade Brown, you voracious vanguard of the masses!” I hear you protest, “We cannot have a revolution unless we have revolutionary theory! Marxism is a science!“

No, it ****ing isn’t. Perhaps one of the greatest blows to the movement since Stalin has been this vicious idea that Marxism is about analysis and not action. Heck, even if Socialism was a science, even with science we have experimentation and attempts at application. These endless, self-serving debates bear a lot more resemblance to religious Pharisaism. We operate under the idea that if we just create the perfect “revolutionary theory”, everything will fall into place. It’s a huge part of the reason why…

Again- not a new idea. In fact, Monty Python pretty much perfectly encapsulates leftist sectarianism in a sketch in The Life of Brian. Check it out:

As surprising as it sounds, there’s actually a lot of similarity between today’s radical left and the Protestant church of all things. Both are deeply splintered groups with most divisions centered around minor differences resulting from the pursuit of a perfect understanding of theology.

Switch out a couple key words, and this could just as easily be the history of Trotskyism… [Source]

There are parties here in the US, where Socialists are already few and far between, whose sole reason for splitting is- I kid you not- a disagreement about Cuba.

These two groups had divergent opinions on something utterly and wholly beyond their scope of control and they’re so hell-bent of their own purity that they’ve decided there’s no way they can work together.

The flippin’ Republicans span a population ranging from folks who want slightly less taxes to people who want the execution of homosexuals and they somehow manage to all band together and repeatedly route their much larger Democrat rivals. If they can do that, surely we can get over something as petty as support or dissent on Cuba…

We are, let’s face it, and I think again it’s Marxism’s former haven in academia that is to blame. Just look at the terminology we use, for example. Try to deconstruct this sentence here:

“The state is, therefore, by no means a power forced on society from without; just as little is it ‘the reality of the ethical idea’, ‘the image and reality of reason’, as Hegel maintains. Rather, it is a product of society at a certain stage of development; it is the admission that this society has become entangled in an insoluble contradiction with itself, that it has split into irreconcilable antagonisms which it is powerless to dispel. But in order that these antagonisms, these classes with conflicting economic interests, might not consume themselves and society in fruitless struggle, it became necessary to have a power, seemingly standing above society, that would alleviate the conflict and keep it within the bounds of ‘order’; and this power, arisen out of society but placing itself above it, and alienating itself more and more from it, is the state.”

That’s taken from Engel’s On the Origins of the Family. Anyone want to venture a guess as to what on earth it means?

Yeah, I didn’t think so. But even so, this is the junk that that’s being thrown at the general public. We use outdated and mind-boggling complex terminology written up in countries that no longer exist and “try” (I use the word loosely) to market it to the masses, most of whom haven’t exactly had stellar educations to begin with.

With the sheer difficulty involved in Socialist thought, it’s a wonder the movement hasn’t wound up killing itself off. The fact that plenty of Socialists are still using 1960s-style rants about the US aren’t exactly helping. If you walk onto your average factory floor and start proclaiming that the land-of-the-free/home-of-the-brave is a vile cesspool that’s never done any good in the world, exactly how are you expecting people to react?

How is this a shameful offense, rather than just general ineptitude? Well, it’s probably more the principle behind it at all. Sublime and undiluted arrogance is the driving factor here, again stemming from this deeply Pharisaical attitude we have. Our idea is that the masses must come to us. They will be educated on our views. They will elect our party members on the platforms and issues that we decide. There’s no humility, no attempt to tailor our views to the needs of the public, and as if that wasn’t enough…

We can whine all day about McCarythism and Stalin and everything the movement has had to endure over the past couple centuries, but it cannot be denied, no matter how much we’d like, that if we were to kick the butts of everyone who’s preventing our success, we’d never be able to sit.

To draw another parallel with Western Christianity, I think we like the ineptitude. We get to view ourselves always as noble and long-suffering martyrs to a world that isn’t yet ready to accept our brilliance. We always get to play the victim and never have to actually put in the sacrifice. We get to sit back comfortably and rain down snide criticism on anyone’s attempts at making the world a better place. For ****’s sake, we got a freaking Socialist elected in Seattle and we were still complaining!

HOW IS THIS HELPING?

And “solidarity”? That’s just a leftist phrase used when we want to take credit for the advances that actual revolutionaries are making and pretend that because we read the same books, we’re somehow involved. People, this may come as a shock, but the indigenous resistance movements of the world cannot feed or arm themselves with your “solidarity”.

We’re at a point in history where Capitalism is once again crumbling before our eyes and the public is actively searching for alternatives. We cannot let our own pride and delusions of grandeur stand in the way of a better world. We cannot let this chance pass us by because of our unwillingness to change, our fear of success, or whatever other infantile disorders are plaguing the movement.

Let’s get it together, comrades.

Until then, shame on us all.