Seeing a mob of children chase my husband made me smile, not just because it was hilarious, but also because they were having so much fun. John is so great with kids, and today he saved my butt. He made a mediocre party into a party they will all remember. I mean, how often do you get to chase a guy around  a field trying to stomp on a piñata? END_OF_DOCUMENT_TOKEN_TO_BE_REPLACED

Welcome again readers, to Culture War Reporter’s second installment of “Explaining American Politics to Non-Americans” [Part 1 here], in which yours truly attempts to explain the chaotic carnival that is our great democracy.

This week, we’ll be looking at the Republican party. Or parties, if things keep progressing as they do.

But let’s dive right in.

I won’t pretend I don’t have my own bias but I will try to be as fair as possible.

To say that the “Grand Old Party” has made itself unpopular abroad would be an understatement. The Bush-era wars, sanctions, and seemingly indiscriminate use of military force has created an international image of Republicans as blood-thirsty imperialists. While Obama has been far more liberal (pardon the pun) use of drone strikes, others point to the Republicans shaky relationship with environmentalism, science, and women’s issues to cast the GOP as backwards and puritanical.

But how fair are these assertions? If they’re true, where do they come from?

The “Grand Old Party”, as it was once called was established in 1854, just prior to the American Civil War. Evolving from a number of groups, the Republican party came to stand largely for federal power and industrialization, contrasting with the emphasis on state’s rights and agriculture that the Democrats had (who we’ll get to next week). Indeed, while now struggling now to rid themselves of the accusation of being an “old, white guys’ party”, the Republicans of old were actually the more progressive, liberal and inclusive of the two parties. Although racism would remain an issue across the political spectrum, it was Republicans who could often count on the African-American voter demographic throughout much of the late 1800s.

Exactly when and why that stopped being the case is still a matter of heated debate.

Some would cite that the “Red Scares” (anti-communist witch hunts) of the 1950s pushed the party increasingly towards aggression, militarism, and social conservatism. Others might argue that as issues of civil rights, poverty, and the war in Vietnam caused many African-Americans to shift towards the Democrats, leaving the party almost exclusively in the hands of the white tycoons.

In spite of this shift, Republicans nevertheless have consistently managed to gain and often dominate American politics, the Reagan-era in the 1980s seeing massive cuts to government spending while increasing intervention in Latin America, the Middle East, and Afghanistan. The short-lived presidency of H.W. Bush, however, would see the abrupt end to the Republican Golden Age, with economic downturn and issues from within the party leading to Democrat victories in the 90s.

END_OF_DOCUMENT_TOKEN_TO_BE_REPLACED

We recently had a comment on our Facebook page asking for our opinion on an article that asks its readers if college rankings [could] solve the campus rape crisis.

In light of this topic, you may be asking yourself if university rape is actually a current crisis. I have asked myself the same thing, since I am currently a university student and have never felt threatened on campus. Unfortunately, rape seems to be a very troubling reality in post-secondary schools- it just doesn’t take usually happen in the way we  tend to picture. 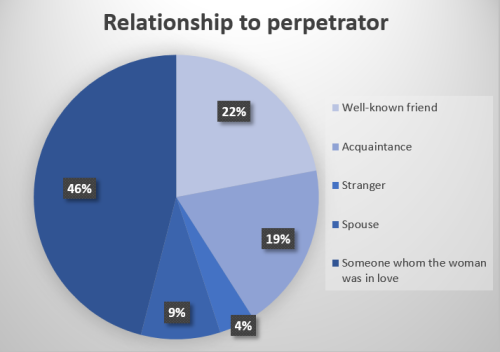 END_OF_DOCUMENT_TOKEN_TO_BE_REPLACED

A PSA About College

It’s occurred to me that I actually don’t know when high schools in the US finish for the summer. I’m still reducing my speed through school zones on the way to and from work, so I presume some of them are still in session- having been home-schooled overseas my whole life, I can only really guess.

One way or another, though, kids will be finishing up, or will have just finished up, so it’s high time we at Culture War Reporters dispense some unsolicited paternalistic wisdom to all the youngsters about college.