What the Modern Sitcom Says about Millennials, Our Fears, and Our Obsession with Love

The Mindy Project, New Girl, Crazy Ex-Girlfriend, Man Seeking Woman, and How I Met Your Mother.

What do all those shows have in common?

Well, for one, they all feature a millennial as their main protagonist. This protagonist is also single. In fact, most of them even kick off their pilot with a break-up of some sort.

This introductory break-up signals that love is going to be the end goal of the series. Of course there will be other ambitions and goals to meet along the way- especially for female protagonists (apparently women still have to prove that marriage isn’t our only goal in life)- but each of these comedies revolves around a quirky protagonist’s struggle to find a partner.

The “searching for love” trope has become even more common in contemporary sitcoms than the “quirky but loveable family” trope that was so common when we were kids. 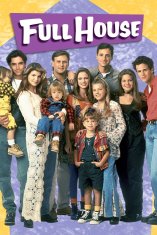 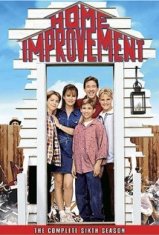 Even just by comparing hit TV shows, I think it’s safe to say that we Millennials tend to struggle with different issues than our parents did at our age.  After all, what is a sitcom for but to mock our deepest fears and help us laugh at ourselves?

Having binge watched most of The Mindy Project, New Girl, Crazy Ex-Girlfriend, Man Seeking Woman, and How I Met Your Mother, I’ve noticed a couple of common themes running through these shows.

Mindy (The Mindy Project) is a OB/GYN, Jess (New Girl) is a school principal, Rebecca (Crazy Ex-Girlfriend) is a lawyer, and even Liz (sister of main character Josh in Man Seeking Woman) is a lawyer. When all of these women find themselves unexpectedly single, they are introduced to a kind of panic none of the male protagonists are forced to face: will I be too old to have kids by the time I find someone?

This is a bit of a red herring, since Ted did eventually become a pretty successful architect.

It’s certainly not a given that millennial women will be more committed to their careers than millennial men, I mean, look at me- I’m a woman and I’m still wading through the bazillionth year of my undergrad. However, there is a bit of a theme that these shows are touching on.

Our generation has witnessed our culture loosen its obsession with gender roles and become more open to a gender spectrum. Women feel more empowered to pursue a competitive career, while men have less pressure to become the sole provider for a household. When it comes to dating, however, traditional gender stereotypes still manage to make us nervous. Men still worry that they need to have a more successful career than the women they date, and women still feel pressured to marry and have babies before society casts them aside as “too old”. In romantic sitcoms these fears come out in the open, especially for women, who often feel betrayed by their own bodies.

2. We’re afraid we will be alone

I hate technology shaming. I think it’s become a cliché to point out the way “technologies that were designed to being us together have only torn us apart“. Unfortunately, as much as I hate this argument, there is some truth to it. When it comes to love, websites abound, yet in North America our generation is less likely to enter into a committed relationship than any generation before. While we may feel less pressure than our parents did to marry and settle down, when we start to get older and our friends all seem to be pairing of, many single millennials feel left behind.

4. We insist on looking for “the one”

Despite the millennial’s fear of loneliness, few are willing to “settle” for anything less than their ideal partner. This is why our sitcoms no longer follow the story of a family navigating their way through life together. Instead, it’s about the endless trek through prospective date after date where the protagonist will continually find a problem with their prospective match. 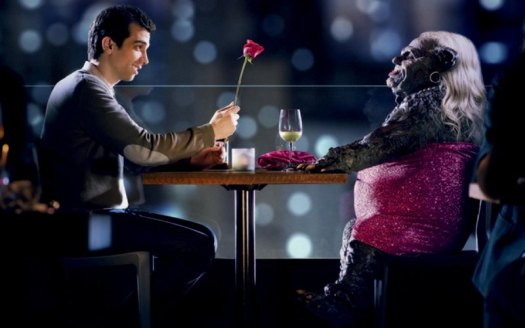 This is one of my biggest problems with the way contemporary sitcoms present love, the focus is entirely on the hunt, and rarely on the maintenance.

I’m not saying that falling in love is a bad thing. In fact, it’s a wonderful experience. But you may never be able to fully invest in an amazing relationship if you are always looking for something better.

That’s why I’ve been really excited about the recent changes in The Mindy Project . I think it’s a bold move for Mindy to not only have to work through the kind of issues you might see in a long term relationship, but also to see her struggling with motherhood.

What do you think? Is it fair to compare millennials to our romantic sitcom protagonists?