The French War On Religious Freedom

France has long held a ban on overt expressions of religion in public, being one of the first European countries to have banned full face covering in public in 2010. While similar laws have gained traction in neighboring countries, following the tragic Bastille Day massacre in Cannes a number of French coastal towns have passed ordinances banning the “burkini”, a swimsuit for conservative Muslim women. 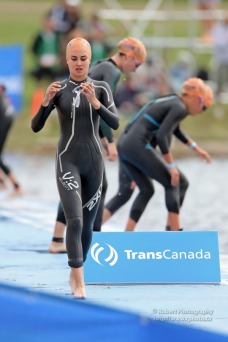 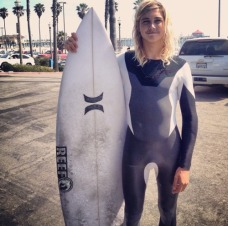 No, that’s also a wet suit. 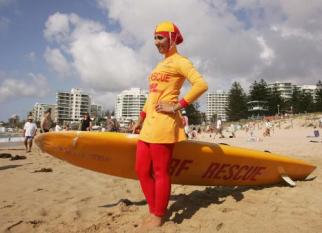 But I’m guessing you can see the problem already.

Opponents of the ordinance argue that these regulations have nothing to do with the supposed defense of secularism or women’s rights, and are in fact blanket excuses for harassing French Muslims. Not an unlikely scenario, considering a spate of scandals that have followed the passing of these ordinances. In Nice a French Muslim mother was confronted by police. Although she was wearing conservative clothing and a hijab (not a burkini), the police ordered her to- and I quote the BBC- “remove some of her clothing.”

“Question of the day: How many armed policemen does it take to force a woman to strip in public?”

Now that should send chills down the spine of anyone purporting to adhere to liberté, égalité, fraternité. The idea that a woman can be told she doesn’t have the right to dress herself however she chooses is so absurd that it’s difficult to even respond to it. Where do you even begin?

Maybe with the ***holes trying to defend this psychosis.

Here’s why your arguments are bad and you should feel bad.

I. Other Countries Tell Women What To Wear, So Why Can’t We?

This argument has reared its ugly head in America recently, with folks using the same line to justify torture and religious intolerance. And it’s such a juvenile argument that I wasn’t even going to include it at first, but it does need addressing (if only so I never have to talk about it again). Let’s be clear- the only thing that you’re saying there is that your nation is as morally bankrupt as anywhere else. As misogynistic as anywhere else. As tyrannical as anywhere else.

And let’s be clear, no matter what strawman you try to make out of your political opponents, the answer is a resounding no, decrying the burkini ban is not endorsing forced covering elsewhere. That women in Saudi Arabia should be compelled by law to cover themselves is every bit as reprehensible. But Saudi Arabia is a wildly corrupt and hypocritical despotism. What’s your excuse?

II. It’s About Defending Against Radicalization

You might hear folks try to make that argument, and in their defense, there’s a certain internal logic to it. It’d be conceivably tougher for folks to fight for a society with all these rules and traditions that they themselves never grew up with.

And how is taking away a person’s right to religious expression “combating radicalization?” Do you think you could march into the American Midwest, outlaw the wearing of crosses in public, and people would be anything other than pissed? These stupid bans are only serving to prove the propaganda of the very “radicals” they’re supposed to be undermining. It legitimizes the apocalyptic narrative that there’s irreconcilable differences- that west is west and east and east and ne’er the twain shall meet except in combat.

Secularism (and France seems to have trouble with this) is a government that does not endorse, sponsor, or affiliate itself with any religion. Secularism is a complete and utter absence of government intrusion from religious affairs in any way, shape, or form.

France’s tradition of “Laïcité”, as it’s been applied recently, is less a commitment to the freedom of the individual and more of an enforced uniformity, dictating that French citizens leave their most deeply held beliefs at home. As if such a thing were possible.

The thing about beliefs is that they’re constant. It’s what separates ’em from being mere opinions and you can’t just turn them on and off like a light switch. You’re views on modesty- whatever they might be- don’t suddenly vanish when you step outdoors. Whether or not you cuss, whether or not you drink, whether or not you litter- all of these things are informed by your beliefs. They might be informed by religious reasons, they might not be, but either way there’s absolutely no way to separate yourself from them. Not without completely surrendering your identity to same state-sanctioned image of what is and isn’t acceptable, what may and may not be expressed. 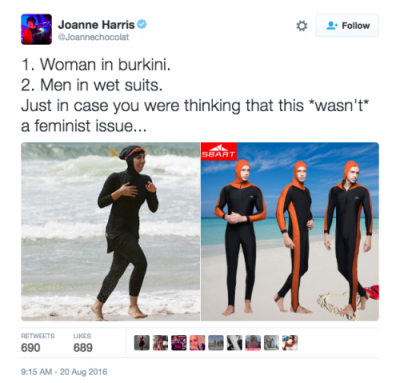 France is demanding conformity of its citizens. The fact that Muslim women are being singled out just shows the bigoted and hypocritical way that demand is being applied. And as if bland cultural uniformity was a nasty enough concept, it fails at being even that. Far from creating a sense of brotherhood, the bans have emboldened racists within France- such as a Paris restaurateur refusing service to Muslim women (so spare me any notion that this is a defense of women’s rights).

And of all the *****y arguments presented, this is probably the only one with the faintest sliver of merit. The argument here is that, for better or worse, the burkini, the burka, the hijab, or even certain standards of modesty are contrary to the culture you’d like to see. And there’s some truth there- clothes absolutely do have a cultural impact. The clothes we wear can serve as both a reflection and a statement of our beliefs.

We can talk about symbolism all day long, but at the end of it, the hijab is just a hijab. Whatever it says, or what you think it says, can be countered not with some cowardly law or regulation but with a counter-statement of your own. And if you’re more clever, more artistic, if your fashion statement speaks louder and resonates more clearly than someone else’s, then so be it.

If your democracy is so weak that it can be felled by a few pieces of fabric, then you don’t have a democracy. If you try to defend liberty, egality, and fraternity by taking them away, then you never believed in them in the first place.

For real- when Amnesty International is calling you a ****, you know you’ve messed up.

UPDATE [26/8/2016]: France’s highest courts have overturned the burkini ban, slating it as “seriously and clearly illegally breached fundamental freedoms.” While that’s certainly to be appreciated, the battle is far from over and I’d like to get these point across anyways.

One response to “The French War On Religious Freedom”