Making It Big [Enough to Steal From]

Who doesn’t like attention? Introverts, probably. But for the sake of this introductory paragraph we’re running with the general idea that attention is something we all crave in various amounts, even to the point of wishing to be famous in some respect. Given the existence of the internet, the latter’s never entirely out of the question.

After all, it doesn’t take much more than one of your videos going viral for you to appear on countless talk shows, both daytime and late night. And then, as quickly as that spotlight appeared, it’s extinguished, leaving you alone in the dark. Given that whiplash-worthy stop-and-start is it any wonder that “Chewbacca mom” is currently “hustling to stay famous”?

It’s all about getting attention and holding onto it, preferably when it’s the positive variety. And, while we’re talking about positive attention, isn’t imitation the most sincere form of flattery?Oscar Wilde, who coined the phrase, probably wouldn’t see eye to eye with Anthony Clark, more famously known around the internet as “Nedroid” for his webcomic and similarly named tumblr. He’s also the man responsible for the following comic that you may be familiar with:

Simply captioned “The Internet.”, the three panels can actually be read one of two different ways. In one the man with the hat is the creator, and has credit for his work stolen by the second man. An alternative interpretation is that the second man is handed his own work by someone claiming it as their own; the final image is of him stating, to no one in particular, that he is in fact the creator. Either way, both readings amount to the same message: don’t take credit for what’s not yours.

Brushing past the tremendous irony that Clark is rarely ever recognized for the comic despite of, or likely due to, its popularity, this sort of thing is certainly nothing new. While his take was ostensibly focused on visual art, his medium of choice, people have been claiming responsibility for everything from groundbreaking inventions to the suggestion that the office get a new coffeemaker. The question is what to do when it happens to you.

Two years ago I created a now defunct Facebook page dedicated to Pink Moon, a romance novel by USA Today bestselling author Stef Ann Holm. It was born out of the wave of likes given to a number of personal posts highlighting lines from the book, and featured a lot of art that they inspired. Here’s one of my personal favourites: 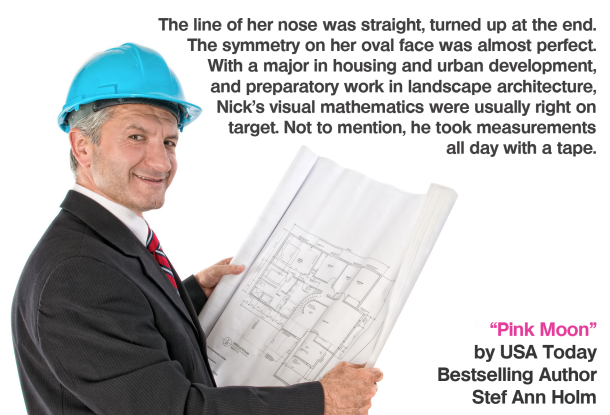 As hilarious as some of them could be, if that’s not too vain for me to say, there wasn’t a particularly large market for Pink Moon memes. USA Today bestselling author or not, Stef Ann Holm wasn’t and still isn’t on the same level as someone like Stephenie Meyers or E. L. James; there just wasn’t an audience there. Which leads me to my current creative endeavour.

I have a penchant for taking and posting screenshots of The Bachelor and The Bachelorette whenever either show is airing, and this year these updates were so popular that over half a dozen of my friends have started watching as a result. At around the same time I was encouraged to move all of this over to Instagram, a platform I’ve never used before. So I did.

It should be evident that with a follower count of under three digits things aren’t really taking off, but something happened somewhat recently that led to the writing of this blog post. Four days ago I uploaded the following to my Instagram, after already having done so on Facebook and Twitter [captioned: “Corinne just has her nanny’s best interests in mind.”]:

I’m not going to go into the specifics of why Corinne’s nanny is a big deal, but an Instagram account that purported to be her began following me. I promptly followed them back thinking their content might be relevant to my interests and saw them post a picture the day after:

Given what we’ve been talking about so far it should be obvious what took place, but just to make it crystal clear the content posted by corinnesnannie includes the exact same two screenshots I did.

That said, it’s difficult to be terribly upset, especially given that the account only boasts ten more followers than I do at the time of this writing. For context, corinnesnanny, which was created a day earlier with the exact same claim, has almost seven thousand. That isn’t to let them off the hook, however.

daquan, the only non-Bachelor-related account that thebatchiller currently follows, has almost 1,000 times the followers as corinnesnanny.

His bio reads “💥Posting the funniest content from across the web”, implying that the content he posts he doesn’t actually create himself. As far as citing others, he also includes “💢Email for credit”, followed by an email address. One example of him giving credit looks like this:

The video shared, once again at the time of this writing, has over two million views. That’s two million Instagram users who saw Fatboy SSE’s handle, and even if one out of every ten clicked it to check him out that would be slightly less than the number of hits this site got all of last year. That’s all to say that in some cases when content is accurately credited the person responsible may end up benefiting quite a bit.

As an alternative to daquan shouting people out in the image title, a little over two weeks ago POPSUGAR published an article about “the Right Way to Repost Instagram Photos”. There’s not much in the way of actual writing, though they do provide three different apps that allow you to share another person’s image to your own account. What’s worth noting, however, is that all three apps apply the original poster’s name somewhere on the shared content, making it impossible for someone to not credit them for their material.

What’s interesting is that while daquan posts a lot of stuff that isn’t cited, he’s upfront about it not being his own. It’s “the funniest content from across the web”, it’s not like the jokes are his own. Contrast that with Josh Ostrovsky, better known online as The Fat Jew, who stole so many jokes that a large number of actual comedians began calling him out.

As far as I can tell there appear to be a few rules everyone should try to follow. 1) if it’s not yours don’t pretend that it is, 2) give credit where it’s due, when you can, and 3) if you’re internet famous and have some clout maybe try a little harder with Rule 2. Given that it was just a few screencaps I’m not mad about corinnesnannie, but I’ve got my eye on them nonetheless.

This entry was posted in bizarreness, celebrity, Comedy, internet, morality and tagged attribution, citation, comic, credit, daquan, I made this, Instagram, jokes, nedroid, original poster, photos, pictures, plageurization, repost, stealing, stolen, The Fat Jew, you made this. Bookmark the permalink.

One response to “Making It Big [Enough to Steal From]”