Tag Archives: what happened to Shauna

What Happened to Shauna on The Mindy Project?

It’s a question that I asked myself fairly early on, back when I first started Mindy Kaling’s sitcom [eleven days ago, I’m currently close to wrapping up the third season]. As a little bit of background for those of you unfamiliar with the show, The Mindy Project primarily takes place at [the originally named] Shulman & Associates, a medical practice where the titular character works as an OB/GYN. Here’s a promo picture of the cast Season 1: 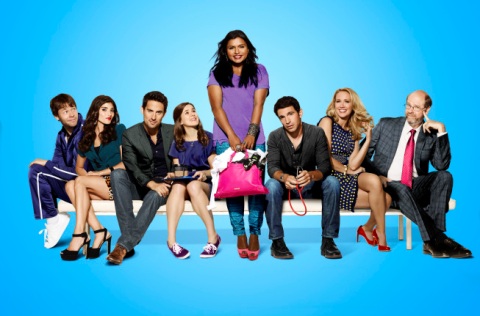 The character in question is second from the left. Shauna Dicanio, played by Amanda Setton, was a receptionist with an extremely thick New York accent. I say “was”, of course, because here in the third season, with the fourth beginning in a few weeks, she’s nowhere to be seen. In fact, she didn’t even make it past the halfway mark of Season 1.