We do lots of things to relax. Some people walk, some people read, some people listen to music, and I like watching videos on YouTube of bullies getting knocked the **** out.

You might be thinking, “Hey Gordon, you noble savage, isn’t that a bit… well, messed up?”

It’s not about the fight, it’s about seeing sweet justice dispensed to people who very much have it coming.

Here, take a look at this video where a couple of teens are harassing (and threatening) a sweet sweeper who has done nothing to them, and is just asking to be left alone to do his already miserable job.

You can’t tell me you didn’t get a twinge of joy at watching the guy finally snap and drive the kid off. And there’s nothing wrong with that. Did you get a kick out of watching a kid get hit? No, of course not. You got the same grin you got when you saw Tyrion slap Joffrey or when Leonidas kicks the Persian emissary into a well which is clearly a public safety hazard.

Seriously, why would this be in the middle of a city?

The problem with this guilty pleasure of mine (minus the guilt) is that you really never know if the guy deserves it.

Check out this one:

Now it really, really looks like the kid who threw the stick is in the wrong, but I have no way of knowing what exactly his issue was. Maybe the kid on the skateboard had been harassing him before hand and he just lost it. I really don’t know. You can’t really enjoy these things unless you know that it’s a bully who is getting stood up to.

Which is why I’ve since moved on to something even better.

“But Gordon, you one-man vanguard of the armies of justice, how is that better than watching a bully get beaten?”

Ah, but it’s not about the beating, remember? It’s about the sweet look of shock on the face of someone suddenly realizing his or her bad behavior has consequences. Besides, in a fight, you’re only going to get knocked down- a comedian though- there’s someone whose going to lambast your soul.

Granted, the heckler is trying to play it off, but you can tell he’s gotten himself in waaaaaay over his head and is struggling to maintain what little dignity he has after the comedian’s first salvo. This guy just got taken apart in front of over 100 people, most of whom I presume all attend the same college with him. This guy’s reputation not as a fighter (remember the whole bully conversation) but as a human being now has a dent in it.

Let me show you another one.

What I really love about this comedian (Eliot Chang) is that he always gives his hecklers a chance to restore their dignity (Seriously- check out some of his other videos). And before anyone imagines that it’s just a bunch of noisy drunks who are getting smashed, go ahead and watch this one:

The heckler is still a bully, let there be no mistake on that count. He’s not asking a genuine question; his tone clearly conveys he’s trying to stroke his own ego by hurling some pseudo-indigent accusations at the comic (Steve Hofstetter, who’s got destroying hecklers down to an art form).

Now I know I’ve asked you to watch a lot of videos, but please, if you skip all of the rest, at least watch this one. It encapsulates everything I’m driving at here.

See the look on the woman’s face as she’s walking off stage? It’s only there for a second, but herewhole worldview has been obliterated after an entire club has booed her. You can see where “What? I don’t just get to treat people like garbage?” flashes across her mind.

Now I know that it’s not the funniest response ever, but the guy (Todd Glass) actually hits home. This woman thought she was dealing with some service industry person and therefore didn’t have to meet the minimum requirements for treating him like a human being. Suddenly, he’s up on stage humiliating her in front of all these good people, and offering a warning to anyone who might be tempted to treat service people like dirt. It could almost be a fairy tale.

And we’ve all been there.

I was a busboy. You might be a ticket agent. Or a waitress. Or a customer service rep. You know we have to take crap from people because the profit to the company comes before my dignity as a human being.

Heck, even if you’ve never done any service work in your life, you know what this is like. When I was visiting Evan in Canada one Easter Break, we hit up a bar off of Toronto’s response to Time’s Square. Awesome little place- except for some drunk, obnoxious barfly harassing each and every customer in there. And the whole time the owner is sitting behind the bar looking apologetically at us, but not throwing him out, because he’s spending more money there than the rest of us combined.

And that’s really a revolutionary dream right there, aint it? To be able to live in a world where if someone is getting up in your face at work, you can simply turn them away, because you’re dignity as a human being is what’s valued- not a customer whose obnoxious patronage is going to help buy some CEO on the other side of the country a platinum plated golf club.

Point is, this is what we need more of in a society. People standing together to destroy people for being nasty. Mental issues aside (or heck, even with mental issues) would you start mouthing off at some helpless clerk if it meant everyone within hearing distance would come down on you like a hammer?

I think people who are so self-absorbed as to start crap to make themselves feel good- be it physical intimidation or jeering- are going to be so self-absorbed as to take any measures to prevent their precious image from being tainted. I know this is a topic I keep covering, but come on people. I don’t like being some sort of public moral obligation Smokey the Bear either. 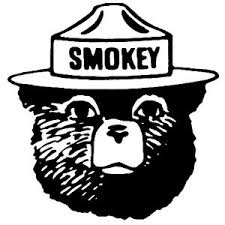 “Only You Can Prevent ***holes”

So do us all a favor- you see someone acting out, please– tear ’em a new one. Make someone in the service industry’s day. Heck, you’re doing the jerks a favor too. Put ’em in their place before they mouth off to someone who does some actual harm to ’em.

Wouldn’t you want someone sticking up or looking out for you?