In it we touch on culture wars as a “a conflict between societies with different ideas, philosophies, beliefs, and behaviours,” as well as how we are both individually and collectively wrestling with them. It’s the concept of two vastly differing perspectives that solidified whether or not I should do a brief write-up on my recent experience with a polygraph test. END_OF_DOCUMENT_TOKEN_TO_BE_REPLACED

We’re All In Danger: An Open Letter to Minority Republicans

These are the facts:

Last Wednesday, Srinivas Kuchibhotla and Alok Madasani – two Indian-born engineers living and working in the US – stepped into Austin’s Bar & Grill in Olathe, Kansas. As they had done so many times before, they ordered drinks and unwound after a long day of work. On this particular evening however, Kuchibhotla and Madasani were approached by another patron, Adam Purinton, who began to shout racial slurs at the two men and demanded to know “Which country are you from? Are you here illegally?”, before shouting “Get out of my country!”

Purinton was thrown out of the bar, only to return with a gun, opening fire on Kuchibhotla and Madasani. Kuchibhotla was killed and Madasani was injured, along with twenty-four year old patron Ian Grillot, who attempted to subdue Purinton. Purinton fled on foot, and was next seen five hours later at an Applebees across the state line. Purinton claimed openly to having killed “two Middle-Eastern men.” Purinton was promptly arrested and extradited from Missouri back to Kansas, where he has been charged with first-degree murder, bail set at two-million dollars.

Once again, these are the facts.

What follows is the tricky part.

How do I write about this – any of this – without devolving into incoherent rage? After all these tragedies over all these years, have we gotten any closer to make sense of the senseless?

Perhaps I could write about how Indians and Sikhs have repeatedly been the targets of hatred intended for Arabs and Muslims. How ever since 9/11, an entire group of people who have done nothing – nothing – to harm the US have been harassed, belittled, and even murdered. 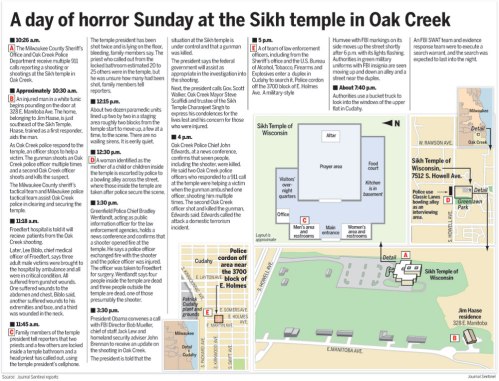 And the 2012 massacre in Oak Creek, WI is just one of many examples

END_OF_DOCUMENT_TOKEN_TO_BE_REPLACED

I need to state upfront that this post is not an all-encompassing response to the Black Lives Matter movement [which I will be shortening to “BLM”] and the concept of White privilege. The title instead refers to a blog post titled “Black Lives Matter and White Privilege”. Written by Ghanaian-Canadian Samuel Sey and appearing on his site Slow to Write, the article delved into his opinions on both topics.

Regular readers of the blog will know that I don’t often respond to other blog posts in this manner; the last time I did so was back in 2014, to the article “Meet The Poster Child For ‘White Privilege’ – Then Have Your Mind Blown”. I wasn’t able to read it without addressing, and outright dismantling, many of the arguments presented, and having read Sey’s post I found myself in a similar position.

It should be mentioned that Sey and I have vastly more in common with one another than I do with Tal Fortgang, the writer of the aforementioned article. He is a fellow Canadian, POC, and Christian, actually attending a church in Toronto [although he lives just outside it]. Sey and I also, and I believe I can say this with confidence, care about the wellbeing of the Black community in North America. With all of those similarities in place it made it that much more difficult to read his post and find myself disagreeing with so many key points. END_OF_DOCUMENT_TOKEN_TO_BE_REPLACED

Our country has a serious gun epidemic.

We’re all aware of it, and it seems that almost weekly now we’re presented with yet another account of a mass shooter wreaking havoc among innocent civilians. We talk about gun control. We talk about mental illness. We talk about religious extremism. But we always seem to skirt around the underlying issue. By doing so we often cause harm to more innocent lives.

There’re so many “red herring” distractions to mass shootings, but the real issue lies much deeper in our society. Through our language, the media, our laws, and our acceptance of gendered norms, we manage to allow these massacres to continue and instead place undue pressure on mental illness. Sufferers of mental illness are often the target, although statistics show they are rarely violent people. The issue lies elsewhere: within toxic masculinity and the need to seek control. 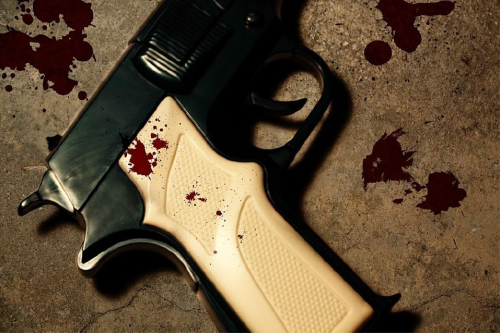 Another Mass Shooting, Always One Group to Blame

Mental illness is commonly brought up after a mass shooting. News anchors will emphasize the importance of mental illness awareness, and will suggest laws to evaluate the mental stability of gun owners. It’s an easy target to paint: those that kill others must be crazy.

The word “crazy” is used so loosely in our society, but it’s with this type of language that we perpetuate the stigma around mental illness. Entertainment and television were large perpetrators of spreading harmful stereotypes for a long time, but that is slowly changing in fictional media. News-centered media is still behind the times, however.

It’s taken us a long time to get where we are today in mental illness treatment and care. According to Bradley University’s research about 18% of the American population admits to suffering from some sort of mental illness. Of those 43.6 million people, only 6.7 million sought and received treatment for their varying ailments. Those who did seek treatment found that it was extremely beneficial, but still only a fraction of those suffering seek out the help they need.

Language and negative connotation are one of the main reasons people avoid seeking help. Despite that fact that only 3-5% of violent acts are committed by sufferers of mental illness, the issue is always brought up around cases of murder and shootings. The mental health of the shooter is put into question, and the media is quick to jump on the blame train; to distance themselves from the “crazy” or “unstable” population.

“We aren’t responsible for this, because we’re not insane.” END_OF_DOCUMENT_TOKEN_TO_BE_REPLACED

Truth be told, I’m not a criminologist and I can’t really claim to know what all criminals wear, but I’m going to assume it looks like this because having to think for extended periods of time makes brain go hurt-hurt. But I see someone who fits the image that the media has created for me and I just go “well if TV says a thug looks like this, then this guy must be a gangster. When has TV ever lied?” END_OF_DOCUMENT_TOKEN_TO_BE_REPLACED

Who Killed Archie? Solve The Riddle to Save Our Marriage

A major bone of contention between my wife and I is the debate that threatens to pull our marriage apart (well, not really, but you know what I mean). It centres around one question:

If Archie was suddenly murdered, who would his murderer be?

We have defended our theories in public and in private. We have tried to gain the support of others in the hopes of winning the argument by sheer volume, but alas we are still locked in this bitter battle. So it has come to this, our final plea to the internet and its readers.

We see you brooding in the background Jughead. Image courtesy of Bago Games.