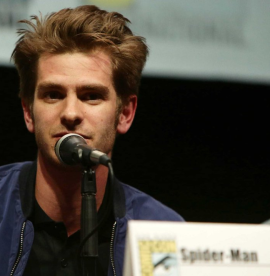 “It would be illogical for me in the third movie to be like, “You know what? I’m kind of attracted to guys.” That’s just not going to work. It’s clear. It was just more a philosophical question.”

I’m not reading Young Avengers, so I don’t know if this has been said yet, but I would be shocked if no one has made a “Bill and Ted” joke at this couple’s expense yet.

All of this adds a considerable amount to the discussion of homosexuality in comic books, a topic I last touched on way back in May of 2012 [and which this post is titled after]. In that post I mentioned superheroes Hulkling and Wiccan getting engaged, as well as kissing. I also discussed which at-that-point-unnamed DC hero would be coming out of the closet, and said the following as far as why the hero would not be a “major, iconic” character:

“It’s not because of fan outrage, though that’s a factor. So many of the really iconic DC characters have rich histories which involve their heterosexual love interests.”

And, sure enough, the character turned out to be Alan Scott, the first Green Lantern. Not a household name by any means, and a version of the character that existed in an completely alternate universe. Not a particularly daring step by DC, at least not in my opinion.

The issue I’ve sort of more or less been leading up to is this: What is it going to take to bring homosexual characters into mainstream superhero comics?

Kevin Keller grows up to marry a military doctor he meets after getting wounded in the armed forces. Take that, stereotypes.

Alan Scott is the perfect example of this. While the orientation of his character was changed from straight to gay, it was still in a book that didn’t crossover with any of the other big hitters like Superman and Batman. When viewed in contrast with Kevin Keller, an original gay character from Archie Comics who actually has his own title, the difference is starkly apparent.

If a character wasn’t created with his or her orientation already in mind then, as Garfield noted earlier, you run into a bit of a problem. An established history of any length of time makes changing a character appear arbitrary and done for the diversity’s sake. Mutant superhero Northstar has been around since 1979 and was married to his husband in 2012, but had been created homosexual [albeit in a time when outright stating so was against the established Comics Code].

There’s a tag on tumblr called “caroljessica” dedicated to these two superheroines.

I was on the subreddit /r/comicbooks some time ago and someone mentioned that Captain Marvel [Carol Danvers] should come out as a lesbian, and I couldn’t disagree more. I realize that her and Spider-Woman, Jessica Drew, have a very strong friendship. I realize that some homosexual people realize their orientation much later on in life. I realize that the character has garnered many, many fans ever since Kelly Sue Deconnick breathed new life into her, and that a number of these fans are lesbians. I just don’t think it’s the right move.

There’s a pretty large dearth of homosexual characters in superhero comics in general, and I say that without forgetting the greats like Hulkling and Wiccan, Northstar, Batwoman, and Apollo and Midnighter. There’s always room for more characters, and instead of rehashing old and existing ones like we’ve been doing for decades let’s ask for more diversity in every area with the originality and creativity for those characters to stick.

8 responses to “Homosexuality In Comics As Of July 26th”