Reader’s, we here at CWR have been at this for a while.

We’ve made you laugh, we’ve (probably at some point) made you cry, we’ve filled you with feelings of inconsolable rage, and judging by some of the search terms used to find our blog, we’ve done other things to you which we shall never speak of.

You people are into some shameful, ****ed up stuff…

Now with all that said, we’ve only ever defined the blog you’ve come to know and love as being about “figuring out” culture. We’ve never really set any ground rules, and today, I’d like to change that.

Here’s what we can establish:

I. There is Good and Bad

I think it’s safe to say that none of us here are CWR are big fans of post-modernism. While our own perspectives differ broadly, we all very much subscribe to the idea that there’s right and wrong, good and bad, commendable and detestable. The Last Airbender Movie: Proving the objective nature of evil since 2010.

That’s just all to say that it’s our job (and the job of ever person out there) to pass judgment on, well, most anything and everything. You can’t just take things at face-value, you gotta inspect them for their overall worth.

That’s probably starting to sound overly-philosophical, so let’s clarify things in the next point:

II. There’s Good and Bad in All Cultures

And there’s really no denying that.

European nations (to varying degrees) have great traditions of the common good, emphasizing universal healthcare, education, and services for the poor and elderly. At the same time, these nations have issues with vicious racism and bigotry– even to the point of violence. 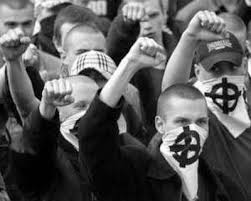 Arabs- the ones I grew up with, anyways- are some of the most honorable and hospitable people out there, but yet prone to fatalism and have extreme difficulty in self-criticism.

Heck, sometimes the very things which make cultures good are the very things that make ’em bad. America’s general sense of moral conviction and duty can give rise to heroic dissidents, iconoclasts, and activists while at the same time leading to arrogance and imperialism. Inversely, Canadian tolerance, politeness, and reserve all seem to keep the nation from playing as much a role for good in the world as it doubtlessly could.

Now with all that said, it’s vital to understand that:

III. Not All Cultures Are Equally Good and Bad

And I don’t think that’s hard to prove. The values that this nation holds today are certainly superior to those of this nation prior to the end of segregation, or slavery, or during the Salem witch trials.

Some folks will talk about the good ol’ days, and while I’d argue that the good ol’ days weren’t so good for anyone who wasn’t a white male- it still all proves my point. If the old times were better, then we’ve established that those values and perspectives were, all in all, better than the values and perspectives of the present. Which is important because it means:

Some folks- especially those terrified of “appropriation”– will tell you that cultures should be maintained at all costs. And for all my snide remarks, I used to be there too. Growing up in Syria, I didn’t like it when I saw people start adopting western styles of clothing or speech, and I’m guessing plenty of people watching cultural change felt regret or even anger at it. I know that I felt disappointed at the seeming loss of history and uniqueness of Syrian life, and while I don’t think such disappointment was wrong, I guess I’m increasingly accepting of it. After all, we don’t have folks running around in 18th century ballgowns or wearing top hats everywhere- who am I to stand in the way of change?

While I’ve got plenty to rant about when it comes to globalization and the tumor of consumerism, ultimately I don’t believe that culture is something that should be maintained for its own sake.

V. The Culture War Can Be Won

For a long while, people have been asking how to deal ignorance, greed, selfishness, and idiocy without infringing upon such freedoms as speech and expression. Some people advocate “limited freedoms”, other suggest that we simply need to be tolerant, but us- we here think that the answer is culture. Social pressure based on the right set of values, perspectives, and beliefs won’t ever eliminate these problems, but they will make them a lot less prevalent. Just look at how seriously we take accusations of racism in this culture. Regardless of whether the accusation is true or not, the fact that we (these days) view racism as such a repugnant evil means that we’ve done something right.

At the end of the day, I think that’s our mission here are CWR- not to report culture as it changes but to advocate for those changes which are good, and resist those which aren’t. These might not be (and by “might not”, I mean “aren’t”) read by millions of devoted followers around the world, but it’s still something- and something we’ll be covering more next week.

Thanks for stopping by.