How To Fix American Horror Story

Seems like just yesterday that I was extolling the virtues of a bold little show called American Horror Story.

In one of the most (unfairly) reviled and (fairly) stagnant genres, AHS was raising the bar. Ushering in a whole new flock of horror fans and giving the long-timers a much needed breath of fresh air. It offered intrinsically good stories and managed to offer cutting social justice commentary at the same time.

So what on earth happened?

We can debate where it all went wrong, but I don’t think anybody can deny that the show is suffering on all fronts, and not even the Evan Peters fanservice is enough to hold it together. [Spoilers from this point on. -Ed.]

The dude’s the be-all-end-all, if the show’s female fans are to be believed

I could spend all day listing my litany of complaints about the past couple seasons- the skull-numbing boredom of AHS: Freak Show, the abysmally scattered and campy AHS: Hotel (I will never forgive Lady Gaga’s inclusion)…

I **** you not, the woman’s so vain that her character seduced a gay guy and it was somehow supposed to be taken as her being “progressive”

…but you probably wouldn’t need me for any of that (again though, **** everything about Gaga’s role in this show).

What I’d like to do instead is offer my own armchair suggestions for recapturing that eldritch magic the first couple seasons had. Because I hope that maybe, just maybe, some bored writer will stumble across this piece and think “hey, that’s not a half bad idea!”

Because I’m also that vain.

Not as vain as Gaga though- Miss “I Need To Appear In A Different Crazy Outfit In Every ****ing Scene And Fondle My Harem of Identical Dudes.” 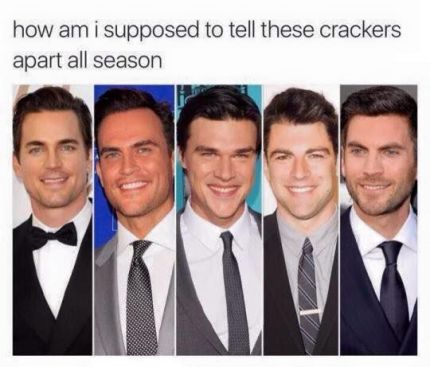 So, anonymous and probably non-existent AHS employee who’ll probably never see this, here’s one horror fan’s humble recommendations for restoring one of his favorite shows to its former glory.

Bring Back The Horror

Look, I know there’s limits to what you can show on TV, but considering how much I had to see of Lady Gaga’s leper-white butt (I lied- I will never stop complaining about this), it can’t be all that much.

And I know there’s limits to what you will show on the series- and that is, in part, commendable. Good horror leaves a lot to the imagination, and you can’t exactly welcome non-horror fans with an ocean of blood and gore.

That said, you have got to bring back the creep factor. Take away any sense of dread in American Horror Story and all you’re left with is a bunch of good actors in Halloween costumes.

And I think it’s Season 3 where you guys went wrong there. Coven had the potential to be a decent, American-Hogwarts style story that dealt with race issues (earnestly, if a little ham-fistedly), but you just cannot resurrect characters from the dead whenever you want.

It absolutely obliterates any concern we have for the characters, who are supposed to be our avatars in this dark and hostile world. Any sense of danger, any sense of threat, gets stripped away. Someone dies, and I don’t get any sense of surprise or shock, I’m just left wondering how long it will be before some the arrival of some contrived excuse to bring ’em back. That’s what makes shows like Game of Thrones and (fomerly) Lost so engrossing and believable- you had the constant threat that your favorite character would be cruelly snatched away from you. It gave everyone a deep sense of worry- it didn’t matter how brave or intelligent or devious a character might be- the world don’t give a ****.

And that’s something we can all relate to. The lingering dread that we are utterly insignificant and an empty, black universe. That is terrifying. That is a fundamental fear that all humans are united in.

When nobody dies, or at the very least, when everyone has the potential to be brought back with some convenient deus ex machina, we might as well just be watching a soap opera.

Bring Back The Mystery

And that might sound like an unfair request, seeing as how the latest season of AHS centered around a detective trying to solve a Se7en-style mystery. But that’s not the kind of mystery I’m talking about.What I think made the first couple seasons of AHS so jaw-droppingly good was their ability to really mess around with our understanding of reality. We didn’t get to see the world, we only saw the world through the eyes of whoever the plot happened to follow. The result was absolutely spectacular. We’re left in a constant state of doubt, always wondering what was real and what wasn’t. That alone taps into another fundamental fear present in all humans- that there’s something terribly wrong with the world, something lurking just outside our field of vision. In and of itself, it’s chilling, and beyond that, it gives the show the freedom to be really surreal, even nonsensical, with its terrifying imagery. We can watch helplessly as a character sees the most demented stuff, only for us to be left wondering “Did that really happen?”

Easily one of my favorite parts of Season 1, Moira was a perfect example in this split in the way characters saw the world around them. In Dr. Harmon’s eyes (and in the eyes of most of the show’s straight males), Moira appeared as an extremely fetching young lady in an almost comically small maid’s outfit. To the female/non-straight characters Moira appeared as an elderly spinster (in a much more practical uniform). Later in the season, there was even a bit of dialogue between Moira and Mrs. Harmon about “the male gaze“- but even for that, we as the audience were left pretty much helpless about the real nature of things.

Season 2, set in an insane asylum, played this up even further- with the events of the show always leaving us questioning if what we just saw was real or just a product of the witnesses madness.

And yet I doubt even that…

Not to say that the last few seasons haven’t done that a bit, just that they haven’t done them nearly enough. Too often we get an objective, clinical view of exactly what’s going on.

And is so, so boring.

Bring Back The Social Commentary

While never dominating the show, a strong sense of social commentary has always existed in the better seasons of AHS.

Season 1 (Murder House) focused a lot on the role given to women, with references made on everything from “hysteria” (the actual theory folks had that “craziness” in women was a disorder of the uterus) to the aforementioned “Male Gaze” to Charlotte Gilman’s The Yellow Wallpaper.

Season 2 (Asylum) expanded its focus to deal with the terrifying ways we (until shockingly recently) treated mental health and homosexuality in particular (the series was set in the early 60s). And that was all set against the bigger backdrop of the struggle of religion to hang on to relevance in a world where science and secularism were starting to dominate.

Heck, even the very slipshod Season 3 (Coven) made some attempts at addressing this country’s ugly and lasting legacy of racism.

Admittedly, I had trouble finding a gif that encapsulated that, but just take my word for it that this character is talking about some pretty rough historical stuff.

Beyond the obvious benefit of getting a conversation going about the sins of our fathers and helping us all understand each other, it gives the horror another way to really seep in. It forces us to confront the things we, as a society, are legitimately afraid of facing- bigotry, sexism, homophobia- you name it.

And while Season 4 (Freakshow) made a pitiful attempt to follow suit, trying to address prejudice against the disfigured and nonconformist, it really failed to tap into anything visceral. Season 5 failed to make any effort at all, and I don’t think it’s unfair to be worried about this trend continuing. Sure, not every episode needs to have some agenda of social justice, but you can’t separate the ghosts of the show from those that haunt our minds and culture to this day.

And while we’re on that…

Bring Back The “American”

I mean, why call it American Horror Story unless it’s distinctly American?

That’s not to say there’s anything wrong with the horror that’s being produced elsewhere- there’s not. It’s just that this country has produced countless great horror authors, and some of the greatest tales of dread the world has ever seen. Why not capitalize on that?

Make an American Horror Story: Lovecraft, is I guess what I’m going for here.

This country practically invented the genre of cosmic horror- of incomprehensible evil lurking in the darkness between the stars and in the shadows of the forgotten places of the world. Why stick with the cliches when you have that legacy right there waiting to be used?

We have the eternally eerie Southern Gothic to be taken advantage of (shooting Coven in New Orleans is a start, but it’s not enough).

Heck, your own fan base is making flipping cover art for you. 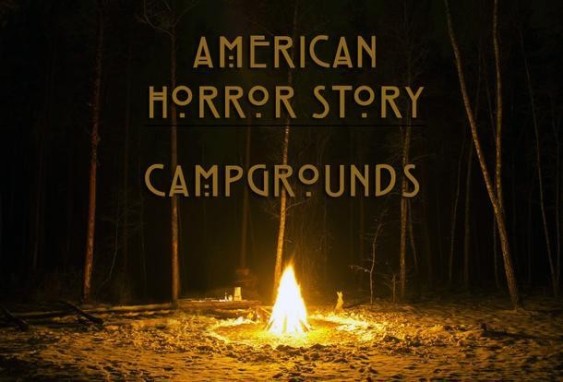 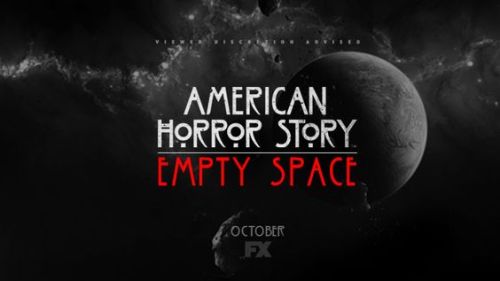 And I say this all with the gnawing suspicion that the rumors are true- that Season 6 is going to be set in an orphanage.

And is that it?

Perhaps one of the single most cliched settings in horror history?

C’mon guys. You can do better than this.

I know you can.