Our Fascist Overlords (So Far…)

There’s an old Arab quote that roughly translates to “Don’t tell me about a man, tell me about his friends.” i.e, you are the company you keep. In spite of the present efforts for a recount in certain key states, we are still very much bracing for a Trump presidency, and perhaps worse yet, a Trump cabinet. Let’s get to meet our new fascist overlords: 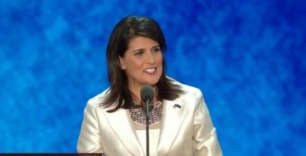 Born to Sikh Indian parents, Governor of South Carolina Nikki Haley earned acclaim for her decision to remove the Confederate flag from state grounds. While maintaining a number of hardline positions- especially in terms of immigration- Haley again made headlines with her early criticism of then-candidate Trump. Criticism that earned her calls to be deported.

Deported to exactly where remains a mystery, as Haley was born in America. But as plenty of Trump supporters imagine America to be an inherently white country, they showed no qualms about reminding Haley (and people of color) that their presence in this nation is merely tolerated… 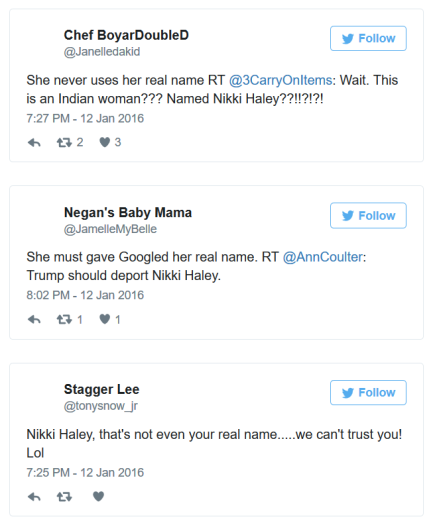 Which makes Trump’s decision to offer her UN ambassadorship surprising, and Haley’s acceptance even more so. But perhaps that’s just to show how much the Republican party has chugged the Kool-Aid. A woman who, simply because of her first name and her skin tone, received calls for her “deportation” is now the international face of the same “siren call of the angriest voices.” Certainly it’s a chilling picture of what’s to come, and enough to silence anyone claiming that the house and senate will somehow act as a counterbalance to Trump’s Fourth Reich.

Ah, Jeff Sessions. A guy who was nominated for a court position in Alabama but deemed to be too racist.

Yeah, the 80s. During that golden age when Americans across the country were laughing their sides off at scenes like this:

Yeah, people were okay with that but thought Sessions was too much. Why? Well, it probably didn’t help that- following the brutal lynching of a black man by the Klu Klux Klan- Sessions declared he thought the KKK was: “OK until I found out they smoked pot.”

More recently (as in, in the last few months) Sessions rushed to defend Trump’s notorious “Grab ’em by the pussy” remarks. Sessions claimed “I don’t characterize that as sexual assault. I think that’s a stretch.” Though that shouldn’t really come as a surprise, since Sessions likewise doesn’t characterize torture as being reprehensible. Weed and gay marriage, on the other hand…

Presently a representative for the state of Kansas, the future director of the CIA vocally supports the NSA’s continued desecration of 4th Amendment Rights. Pompeo has called for the extradition, trial, and execution of Edward Snowden. Beyond, the man has advocated (and continues to defend) the use of CIA “black sites” – i.e, secret prisons in countries abroad used for the unlawful kidnapping, torture, and indefinite imprisonment of… well, whoever happens to be suspected of anything. Basically, you could substitute the guy with any villain in the Bourne franchise and not really get much of a difference. 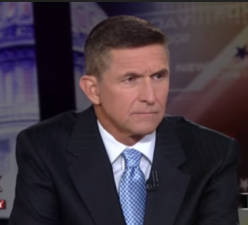 Former Democrat and retired Lt. General Michael T. Flynn has been an outspoken critic of the Obama administration’s policies. Flynn quickly found a home in the Trump camp, where such statements of his like “[Islam is] a political ideology and a cancer” and “fear of Muslims is rational” received not only tolerance but applause. The man who will be advising Trump on matters of national security has fully supported Trump’s calls for restrictions on Muslim immigrants and refugees (more so, perhaps, than Trump himself), and has called for the US to “work constructively with Russia” in regards to Syria – i.e, return the country to the control of a brutal and murderous dictator.

Republican National Committee Chairman Reince Priebus is, much like Nikki Haley, probably less frightening for who he is than for who he was.

Following the Republican defeats in 2008 and 2012, Preibus spearheaded a comprehensive review of the party’s failings, finding that [emphasis added]: “Our message was weak; our ground game was insufficient; we weren’t inclusive.”

Preibus would go on to advocate outreach to African Americans, Hispanic-Americans, Asian-Americans, women, and gays. The 100-page report was one of the most impressive pieces of introspection any party has put out.

Priebus is now credited for having made peace between orthodox Republicans and Trump supporters. As Chief of Staff, we can expect Priebus to convince what few dissidents remain to march along to Trump’s goosestepping tune. Again, anyone expecting the Trump administration’s repulsive agenda to be somehow leashed are in for a nasty surprise. 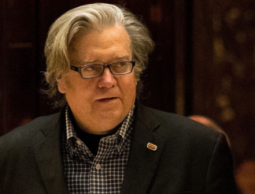 The principle mind behind ultra-right site Breitbart, now the principle mind behind the Trump administration. You’ve probably already had your newsfeeds flooded with articles about him already, but just to summarize, the man has been accused of anti-Semitism by Jewish groups, Islamophobia by Muslim groups, and a rabid breed of nationalism by everyone (including himself). “I’m not a white nationalist, I’m a nationalist”, Bannon has declared- as if that was somehow an improvement. Of course, while Bannon himself denies being a white nationalist, that hasn’t stopped White Nationalists from flocking to him like flies to fresh dog****. But seeing as how Bannon has declared “We are the platform for the Alt-Right“, the neo-Nazis are bound to be confused.

This is the man who will be molding and enforcing the presidential agenda. 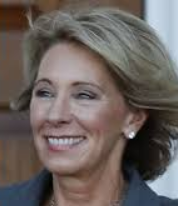 Last but not least we have the future secretary of education, Besty DeVos. DeVos- who herself has no teaching experience- ardently favors charter schools and the privatization of the education system. DeVos has allegedly published work in favor of repealing child labor laws– though having inherited billions from her father, I’m guessing the DeVos’ spawn probably won’t have to worry about it. Accusations of DeVos being a creationist have yet, to my knowledge, to be substantiated, though the fact that her primary goal is to sell the education system for scrap should probably be concerning enough. Also, the Miss Betsy-inherited-her-billions-DeVos has never had any of her own children attend public school. But why should a little thing like that keep her from dictating the education of all us peasants?

More updates to follow as they roll miserably in.

All images retrieved via Tumblr and Blogspot, Fair Use

One response to “Our Fascist Overlords (So Far…)”