The Unbearable Whiteness Of Being (Part I)

I wanted to start out with that quote for two reasons.

First, because it’s stolen from my co-writer’s post last Friday, which was a really good post you should read.

Second, because I think it does a good job of establishing the complicated and sometimes uncomfortable nuance that goes into addressing identity politics. Which is what we’re going to be talking about today and in the weeks to follow.

Before we dive in, I just wanna make something clear.

Race is a social construct – a series of categories that we’ve made up and ones we’ve made up only very recently in the scope of history. The fact of the matter is that there’s no actual place you can draw a dividing line when it comes to human beings and there’s no good reason you’d want to.

Not that it’s ever stopped us.

For better or worse, we have divided the world up into so many arbitrary categories, and those divisions have played and continue to play a major role in today’s culture. In spite of what some folks might suggest, ignoring racism doesn’t make it go away, and if we want to end the unspeakable hassle that is identity politics, we’re going to need to start by actually addressing them.

And here at Culture War Reporters, I think we’ve done a decent job.

Since the founding of this blog we’ve covered the practice of Whitewashing. Affirmative action. Intersex issues. Transgender issues. Gay issues. Blackface. Violence towards minorities, both racial and religious. Just last Friday, as mentioned, we had a post talking about the unique interests and needs of Asian-Americans.

Today is no different. I’d like to take a few minutes to examine the unique history, challenges, and situations faced by White people.

Or I’d like to, if I could figure out exactly who White people are.

I promise we’re gonna have a discussion about these gifs…

Now I’ll grant you, this might sound like kind of a stupid question. Who’s white? People with white skin.

Only it’s a bit more complicated than that. Let me offer an example.

One of the single most popular series of the 1950s and was the iconic I Love Lucy – the quintessential mother-of-all-sitcoms. In the starring roles were Lucille Ball and her (then) husband Desi Arnaz.

Desi frequently broke out into torrents of Spanish, his accent was a major element of the show, and his heritage was frequently brought up.

Nobody seemed to have much of a problem with it.

This was in the same period of time as segregated drinking fountains and the brutal murder of Emmett Till. But when Lucy and Desi shared one of the longest kisses in TV history to that point, people debated whether or not it was too steamy for television not that a White woman was being kissed by a Latino.

Because Desi was White, wasn’t he?

This, of course, was pre-revolution Cuba, a nearly a decade before the missile crisis and certainly long before people were terrified of the idea of hordes of rapists and murders swarming over the southern border, or of the prospect of having to press “1” for English.

Somewhere along the way, something changed. Latinos stopped being seen as White folks and started getting classified as their own entity, neither Spanish nor Native American. Today the census (and plenty of self-identifying surveys) classify being “Hispanic or Latino” (itself a confusing term) as an ethnicity, rather than a race. Meaning you can have White Hispanics and Black Hispanics or some other variation we could spend all day trying to sort out.

For whatever strange reasons, an entirely new classification emerged that separated the descendants of Spanish colonists from those of the French and English. And maybe it would only be an anomaly if it didn’t happen again.

The following is a quote from an American comedian of Palestinian descent:

“Before 9/11, I’m just a White guy, living a White guy life. All my friends have names like Monica and Chandler and Joey and Ross. I go to bed September 10th – White. I wake up September 11th, I’m an Arab.”

There’s truth to that. Working in a job where a sizable chunk of my day is spent helping folks fill out applications, it’s always interesting to see my Arab, Kurdish, and North African clients deal with the ethnicity sections on their forms. Some immediately circle “White/Caucasian” as if it were the most natural thing in the world. Others have an existential crises as they hover their pens over “Asian”, “Other”, or “Two or More Races.”

But this isn’t anything new. 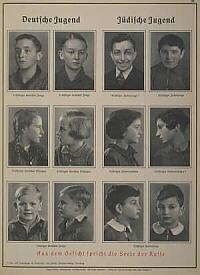 Once upon a time, Irish, Italian, Polish, Russian, and Yugoslavian immigrants were discriminated against in the US, with folks treating them not only with hostility, but with a fearful contempt usually reserved for pests. 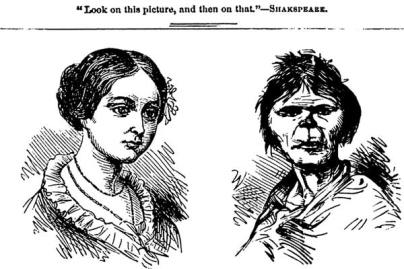 In those days, it wasn’t a question of being “White,” it was a matter of being Anglo-Saxon. Anyone falling outside of that English Protestant definition was an outsider. An other. Reading H.P. Lovecraft’s work (The Street in particular), you’ll find this very sentiment. Even the country’s founding fathers viewed German immigrants as a threat the racial purity of the young nation. Ben Franklin in particular gave voice to this kind of bigotry:

“And in Europe, the Spaniards, Italians,   French, Russians and Swedes, are generally of what we call   a swarthy Complexion; as are the Germans also, the Saxons only   excepted, who with the English, make the principal Body of White People   on the Face of the Earth.”

And this is neither relegated to the distant past nor is it a uniquely American phenomenon. Last year’s Brexit vote gave new impetus to an already vicious xenophobia targeting (among others) Polish immigrants living in the UK.

Now you might be saying “But Gordon, you numbskull, the petty bigotries of xenophobes shouldn’t be what defines race! Regardless of Ben Franklin’s prejudice or anti-Polish racism in England, people with white skin are White!”

But I’m not sure we want to slice it that way.

Native Australians – folks with as little relation to Africa as those who were colonizing them – were dubbed by the English to be “black” – a term that some among the Native Australians adopted themselves. There are folks in India with darker skin tones than some folks from Africa. But when we talk about issues facing Black people, we aren’t typically addressing folks in India or Australia. Heck, we’re probably not even addressing folks outside of the Western hemisphere. And the north-Western hemisphere at that. And maybe even excluding the Caribbean.

So again, we must ask ourselves – what exactly does it mean to be White? Who is White? And who on earth gets to decide?

Tune in next week as we search for the answer.

All images retrieved via Tumblr, Pinterest, WordPress, Socialist Worker and the US Holocaust Museum – Fair Use.

I’m 90% sure that you don’t capitalize words like “white” or “black” when referring to groups of people, because those words are adjectives describing people, not the replacement for people themselves. But because that is also an interesting, complex issue, I figured I’d go ahead and capitalize anyways, just for the purposes of helping people differentiate stuff like “black-and-white issues” versus “Black and White people.”

One response to “The Unbearable Whiteness Of Being (Part I)”