Now I have a tendency to rail on America. Having been at the pointed end of US foreign policy, I don’t believe I’m unjustified in doing so. But for everything that this nation let’s slide, for everything wrong, I can always count on some American to live out the example described by King and demand the US hold true to the noble ideals it claims it was founded upon. On this 4th of July, I’d like to showcase some of the men and women who I believe are standing up and speaking out.

This isn’t the first time I’ve talked about Bradley Manning, and I doubt it will be the last, but as his trial on numerous charges (including aiding the enemy) has just recently begun, I figured it’d be good to remind the world of his existence. Bradley Manning, for anyone who may be unaware, was responsible for leaking a number of diplomatic and military cables and reports, including some which exposed the wrongful killing of Iraqi civilians and Reuters journalists by the US military. Rather than being commended for his heroism in exposing this cover up and ensuring justice for those killed, Private Manning will potentially be serving the rest of his life behind bars.

And he knew that going in. Quite simply, Private Manning valued his integrity and the integrity of the military and the United States over the rest of his own life. You can learn more on how to support Private Manning at Bradleymanning.org. 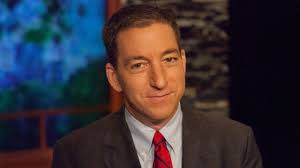 This man is perhaps the last true investigative journalist in existence. Although already having a notable career as an author, civil rights litigator, and journalist, Greenwald’s most impressive achievement is also his most recent. See, Greenwald was the journalist who interviewed NSA whistle blower Edward Snowden in Hong Kong- in fact, Snowden had specifically sought out Greenwald as being the only journalist trustworthy enough to disclose his information to. As a result of this, Greenwald is facing accusations of “aiding the enemy,” simply for having met with Snowden, though it’s probably a pretty safe bet that this has more to do with jealousy than any real belief. Nevertheless, for having had the guts to be an honest journalist and break the Snowden case, Mr. Greenwald has faced a wave of criticism, opposition, and enmity. How about you leave him some encouraging words on his blog?

Continuing with this theme of Americans standing up to America, I’d like to bring up Mumia Abu Jamal. Chances are that you’re at least familiar with the name, if nothing else. Mumia, a black rights activist and radio journalist, was convicted in 1982 of murdering Philadelphia police officer Daniel Faulkner in one of the shoddiest trails in recent history. Sentenced to death in what was essentially a kangaroo court, Mumia has spent the majority of his life in prison, and was on death row until December of 2011, when capital punishment was dropped to life without possibility of parole. Even though locked away from the world for a crime he didn’t commit, Mumia has never stopped working and speaking out on behalf of others, and his brief “Prison Radio” commentaries are some of the most insightful and cutting thoughts you’ll ever hear. Get involved with the Free Mumia campaign at their website here. 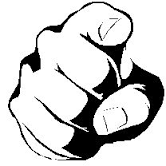 That’s right, you. Even as you’re reading this, there are rallies being held in every major city in the country to protest the NSA’s PRISM program and the massive expansion of government surveillance in general. You helped make sure SOPA, PIPA, and CISPA got stomped out on the floors of the senate and the house. You have all been relentlessly mocking the NSA- normally you’d have gotten bored and moved on or forgotten about this by now, but you aren’t letting it go.

And you’ve all been standing in solidarity with the protests in Brazil, Egypt, and elsewhere around the world. And when you’ve criticized the movement here at home, it’s always been a call for us to get our butts out on the streets and shout even louder.

Instead of trying to find justification for inaction, or caving prophecies of impending doom and gloom from the government, we’re actually starting to get our **** together. It’s taken us long enough, but dang it people, I’m proud of you.

Now get on out there and make some noise.