Seeing as how this country’s managed to resurrect the ****ing Nazi movement, no, I don’t think it is. END_OF_DOCUMENT_TOKEN_TO_BE_REPLACED

Gunnin’ For The Right To Bear Arms

Well readers, it’s been just over a week since the senseless murder of some 49 innocents at a nightclub in Orlando. In the days that have followed we’ve seen the same, tired reactions. Conservatives blame liberals and Muslims. Liberals hurl accusations at conservatives. On the ground, people suffer in a state of fear, confusion, and pent up indignation and nothing really gets done.

Or at least, that’s how things have been.

After this, the deadliest mass-shooting in US history, there may be hope at long last for some cooperation. Both sides of the issue are coming together to openly discuss solutions for preventing such tragedies. And folks, that is something to be grateful for.

The solution they’ve come up with so far?

Chances are that you’ve probably heard of Senator Chuck Murphy’s 14-hour filibuster on June 15th– the representative of Connecticut staunchly refusing to yield the floor until legislators agreed to vote on gun control measures. Among the measures agreed to be voted is the banning of the sale of guns and explosives to anyone on the terrorist watchlist- a measure that’s been heartily endorsed by both Republicans and Democrats, making it perhaps some the first gun control legislation in a long, long time with a good chance of passing.

And I could not be more pissed about it. END_OF_DOCUMENT_TOKEN_TO_BE_REPLACED 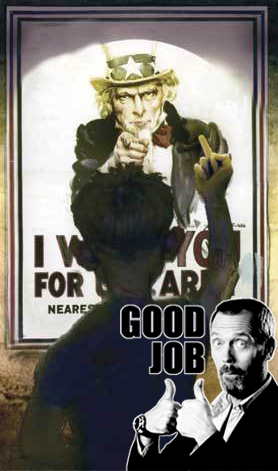 Now I have a tendency to rail on America. Having been at the pointed end of US foreign policy, I don’t believe I’m unjustified in doing so. But for everything that this nation let’s slide, for everything wrong, I can always count on some American to live out the example described by King and demand the US hold true to the noble ideals it claims it was founded upon. On this 4th of July, I’d like to showcase some of the men and women who I believe are standing up and speaking out. END_OF_DOCUMENT_TOKEN_TO_BE_REPLACED

Evan, am I crazy here? END_OF_DOCUMENT_TOKEN_TO_BE_REPLACED