ISIS, Gaza, Ebola, and Robin Williams: Dealing with Grief on the Large and Small Scale

This week I emerged from my happy little language cult in a tiny remote Quebecois town.

I emerged to discover a lot of sadness.

I had already been hearing bits and pieces about the deaths in Gaza and the lives lost to Ebola before I even left Trois-Pistoles, but the last few days I’ve also been hearing a variety of horrific rumours about ISIS. Last night when I started researching for tonight’s blog, I thought I would look into the veracity of those articles.

That was a bad idea.

At the time, I had a hard time finding coverage of the things I had heard about from any reputable sources. And the things I did come across were highly disturbing and meant to be provoking. I’m not actually going to link to anything I came across in my search, because I don’t want to see those images ever again. I don’t know when or where those photos were taken. I don’t know if they are fake or real. All I know is that they made me very very angry. And they made me feel very, very powerless.

Then, moments later my Facebook feed became flooded with images of everyone’s favorite comedian/ actor, Robin Williams, and the news of his recent suicide.

At that point I shut off my computer for a bit. I didn’t really want to think about or compare the two things I had just seen, especially not right then. So I went upstairs to see what John and the others were watching on TV. It was this video of an impromptu rescue of fleeing Yazidis by the Iraqi air force and fighters with the Kurdish peshmerga.

What you don’t hear about in the clip above, however, is the story of the girl in purple. When this same clip was streaming live the man narrating the scene explained that she had been separated from her father. Apparently he had been hiding out somewhere in the city. They had kept in touch for several days by cell phone, but had recently lost contact.

I’ve been stewing about the stark comparison between these public sources of grief pretty much all day now. I think maybe now I’ve identified why it got under my skin, and why in some ways, that was unfair of me.

It’s amazing how we begin to feel like we really know someone, even if we only ever knew them through a TV screen.

In the moments after watching tributes to Williams explode all over social media it was easy for me to feel frustrated. That stark juxtaposition with what I had just read about in Iraq and Syria made all those expressions of sadness seem petty.

But they aren’t petty. They are real. And more than that, they are incredibly normal. Our brains are wired to be predisposed towards people we recognize. It’s not wrong to feel sad about the loss of Williams, a brilliant actor that many of us associate with good childhood memories, but sometimes we do need to put that loss in perspective.

A quote by Williams on the topic of celebrity deaths.

I don’t want to downplay the sadness close friends and family of Robin Williams are experiencing right now over his death. I also hope that his story will bring greater awareness about depression, a struggle that has affected my own loved ones and a topic I’ve touched on in a past post.

But as a culture, I don’t want the death of a brilliant comedian to drown out the other terrible realities that we may need to address. Especially when those realities are something our culture practices may have helped contribute to: 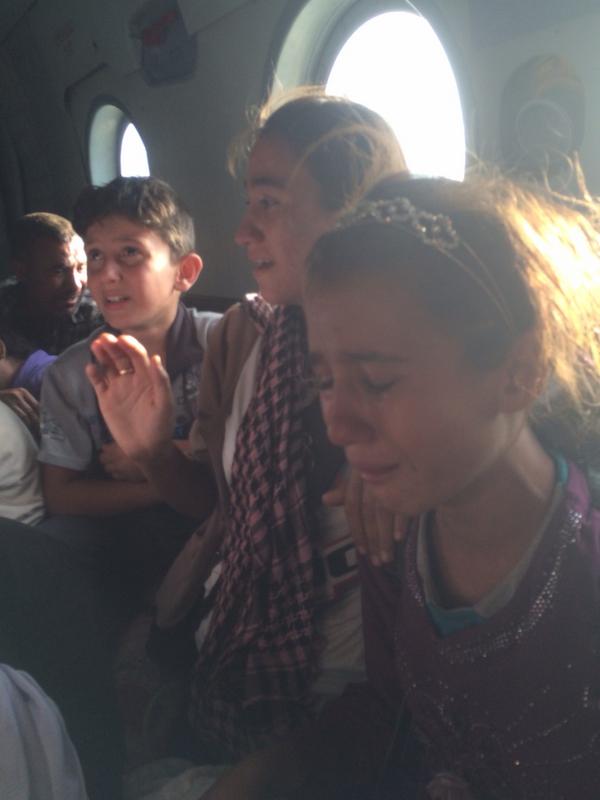 “We can look at the suffering… in Iraq and rather than blame it on Muslims, we can try… to reconsider how we got to this place. How we voted for the things we voted for. How we did not listen to the voices that were warning us about these exact things.

We can hope, and we can train ourselves, and we can discipline ourselves so that 40 or 50 years from now, we’re not still having the same broken policy and posture.”

– Preemptive Love Coalition founder Jeremy Courtney in an article for Relevant Magazine explains how the violence in Iraq is the consequence of more than just a specific doctrine.

One response to “ISIS, Gaza, Ebola, and Robin Williams: Dealing with Grief on the Large and Small Scale”