#FreeKesha Matters, Even When Other Women Are Being Threatened With Acid Attacks and Stoning

I struggle with the priorities on my Facebook feed.

Like many other millennials, I get a lot of my news from scrolling through Facebook. I try to follow as many different news sources as I can, hoping to hear information from a variety of perspectives. I’ve never deleted anyone simply because they have a different opinion, since I need to be reminded that my opinion is far from the only one.

That said, I live in a nation of privilege. From my home in Canada, I am more often than not bombarded by “First World Problems” that seem to pale in comparison to news from other some nations that splash across my screen, albeit much less often. 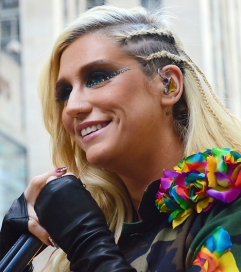 This week, the news bombarding my Facebook feed has been reports of Kesha’s case against Dr. Luke. According to Rolling Stone, “last week, a New York judge denied Kesha a court injunction that would have allowed her to record new music outside of her record label Sony Music and working with producer Dr. Luke.”

While this story initially seems like a simple case of an artist being forced to honour her contract, it is complicated by Kesha’s accusation that Dr. Luke sexually assaulted her early on in their professional relationship.

Around the same time that #FreeKesha started trending, two other stories came across my Facebook feed. One detailed a recent wave of acid attacks on women in Columbia– 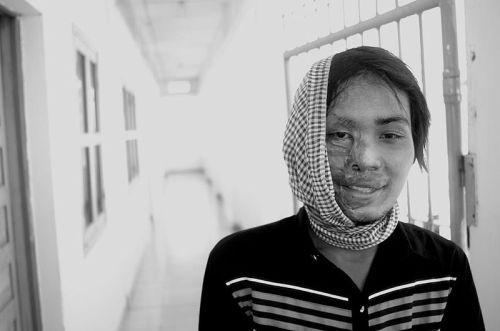 -while the other highlighted the case of a Sri Lankan maid who had been sentenced to death by stoning for her acts of “adultery” in Saudi Arabia.*

As I read about the ways women are subjugated by men in many places around the world, I started to feel frustrated that Kesha’s case was dominating my newsfeed. I recognize the injustice of what happened to her, but in comparison to what is happening to these other women she has so much more control over her situation. As Dr. Luke’s lawyer is only too quick to point out, Kesha is welcome to work with other Sony producers. Even if she did avoid her contract entirely, she would be giving up her career, not her life.

However, the more I read about Kesha’s case the more I was bothered with my apathy towards it. The truth is, one horror does not negate another. Kesha’s case may be less shocking than many others, but that doesn’t prevent it from contributing to a culture that refuses to prioritize women’s safety.

Kesha may be free to work with other producers, but as her lawyer has highlighted, this freedom is likely “illusory,” since, up until the #FreeKesha backlash, it was unlikely that Sony would have bothered to promote any new albums without Dr. Luke’s involvement.

There have also been a stack of female singers who have have come out in support of Kesha, something that suggests they have also felt powerless against their (male) producers during their time in the music industry.

Trying 2 not say anything since I can't say anything nice about a person… so this is me not talking about Dr. Luke https://t.co/lLhtUHbmgG

There are people all over the world who love you @KeshaRose. And I can say truly I am in awe of your bravery.

Frustrating to see women come forward with their past only to be shot down, not believed & disrespected for their bravery in taking action

Lovato, in particular, draws attention to the way women are consistently framed as liars and frauds whenever they present rape accusations, something we discussed in depth here on the blog after the 2014 Jian Ghomeshi scandal. While false rape accusations are no more likely than false reports about any other crime, the general public is much more suspicious of women who accuse men of rape than any other victim of a crime. As the “Men Against Abuse Now” website explains, “we are much more likely to disbelieve a woman if she says she was raped than if she says she was robbed, but for no good reason”.

While this infograph is not entirely accurate (it overestimates both the number of unreported rapes and the number of falsely accused rapists), it does highlight how rarely accusations are false.

While Kesha’s case once again highlights how quickly women are disbelieved in their accounts of assault, particularly sexual assault, her experience as an artist also reminds us that women in North America are not always as independent as we think. Female voices may dominate the pop industry, but behind the scenes they make up only 5% of music producers and engineers. In Steve Haruch’s article exploring this major gender gap he points out a variety of reasons women are rarely able to break into the field: female producers and engineers have experienced rampant sexual harassment, have been passed over for less qualified men, and have generally come to the conclusion that “powerful men” don’t want to “work for a woman”.

Kesha may be a celebrity, and a westerner, and because of that we may privilege her story over the stories of other women who have also been abused by the men in power over them. However, her privilege doesn’t nullify her experiences of abuse. Our media and public interest may be too focused on the lives of celebrities, but occasionally those celebrities can draw our attention back towards the bigger picture. We can only hope that Kesha’s struggle will prompt us to care a little more about the many other women experiencing abuse as well.

One response to “#FreeKesha Matters, Even When Other Women Are Being Threatened With Acid Attacks and Stoning”