#FreeKesha Matters, Even When Other Women Are Being Threatened With Acid Attacks and Stoning

I struggle with the priorities on my Facebook feed.

Like many other millennials, I get a lot of my news from scrolling through Facebook. I try to follow as many different news sources as I can, hoping to hear information from a variety of perspectives. I’ve never deleted anyone simply because they have a different opinion, since I need to be reminded that my opinion is far from the only one.

That said, I live in a nation of privilege. From my home in Canada, I am more often than not bombarded by “First World Problems” that seem to pale in comparison to news from other some nations that splash across my screen, albeit much less often.

This week, the news bombarding my Facebook feed has been reports of Kesha’s case against Dr. Luke. According to Rolling Stone, “last week, a New York judge denied Kesha a court injunction that would have allowed her to record new music outside of her record label Sony Music and working with producer Dr. Luke.”

While this story initially seems like a simple case of an artist being forced to honour her contract, it is complicated by Kesha’s accusation that Dr. Luke sexually assaulted her early on in their professional relationship. END_OF_DOCUMENT_TOKEN_TO_BE_REPLACED

My Facebook feed has been peppered with articles about 50 Shades of Grey in the weeks leading up to Valentine’s Day, and the discussion doesn’t seem to be stopping any time soon. I certainly do agree that the books and movie sound like they have some super abusive content, and that they might just signal a larger cultural problem that we aren’t deal with, but I also feel like they’re just a little too easy to criticize.

Instead of preaching to the choir about the 50 Shades series, I plan to make us all feel guilty about the part of Valentine’s Day that is much harder to address: consumerism. This post will focus specifically on the three most common gifts associated with the holiday: flowers, chocolate, and jewelry.

Did I ever tell you about the job I had picking flowers? It wasn’t actually as easy as it sounds.

The organization I worked for paid by the bundle. If you didn’t cut the stems long enough, or if you included any flowers that had already started to bloom, that bunch was thrown out and you wouldn’t get paid for it. At first, I kind of enjoyed the work. It was monotonous, so I had lots of time for thinking, and I loved being outside in the sun. Unfortunately, it wasn’t always sunny. When it rained my shoes would be sucked deep into the mud. Not to mention how being constantly bent-over made my back hurt. Often, at the end of the day, I would suddenly
realize that the money I made didn’t even equal out to minimum wage. As soon as I was able to get another job, I quit.

That experience was probably the first time I started to think about the history of flowers. Where did they come from? Who picked them? How far were they being shipped? END_OF_DOCUMENT_TOKEN_TO_BE_REPLACED

The Good, The Bad, and The Evil

In an early Shame Day post I called a particularly reprehensible political lobby “what cancer would look like if it were a social movement.” While I continue to stand by that statement (this group was pulling the exact same ploy against Muslims that Middle Ages Christians used against Jews), a commenter did assert that I had gone too far, stating “as wicked or wrong as you think these people are, they remain human beings.”

It’s got me back to thinking on a subject that’s long held my interest- namely the issue of evil. You’d think it’d be pretty straight forward- right is right and wrong is wrong- but let me get right into an example.

Was this guy evil?

No question. Hitler and his followers aren’t simply evil- they’re the go-to example of evil. They’re our baseline for evil. Everything vile and nefarious is measured against either Hitler or the Nazis.

So what about this guy?

Columbus’s long-list of achievements (discovering America not being one of them) read more or less as a chronicle of genocide, slavery, and theft. It’s well known, certainly at this point, that Columbus was a greedy, narcissistic, tyrannical, and corrupt man. Even with streets, cities, a holiday, and even an asteroid commemorating him, surely we can all agree that this guy was evil. Not on the level of Nazi Germany, but still indisputably evil.

But what about him?

Not just a slave owner, but an abusive one- carrying on an affair with one of his slaves (that slave also being his wife’s half-sister), getting her pregnant multiple times, and then promptly allowing his own children to spend the rest of their lives as slaves.

Pretty depraved, eh? If I did any one of these things, I’d be called out as a first-rate ******* (and rightly so). I’d be called evil, and that would be telling it like it is.

But let’s move on.

Is this guy evil?

That’s J. Edgar Hoover, founder of the FBI, which he oversaw with about the same leadership you’d expect from some Stone Age self-proclaimed god-king. Hoover was an egoistical, jealous, paranoid man who used the FBI to advance his own political agenda. In addition to all of this, Hoover was a rabid racist, and struggled long and hard against the Civil Rights movement, targeting MLK Jr. in particular, as well as spearheading a campaign to undermine the Black Power movement of the 1960s. Would you call this guy evil?

Ok, what about them? 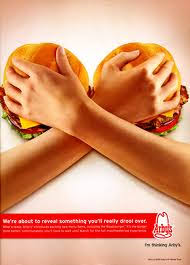 Our taxes go to supporting dictatorial regimes (such as former Egyptian president Mubarak), racist and apartheid states (such as Israel), and even states that utilize child soldiers.

Where does that put us?

Now all of that is simply to illustrate the apparent complexity of the issue. Evil is evil, yes, but pinning down exactly who is and isn’t evil becomes a little more complex once we look at someone other than the Nazis. Jefferson was instrumental not only to the founding of this nation, but to the establishment and perpetuation of the core concepts of democracy and human rights- even to the point where Martin Luther King Jr., a man whose ancestors Jefferson owned– wound up quoting him in his iconic I Have a Dream speech.

Likewise, there’s the issue with the average American. Almost none of us would actually be able to manage a sweatshop, or put an assault rifle in a twelve-year old’s hands, at least, not in person. Despite this, our economy is built on the backs of Bangladeshi kids working for twenty-five cents an our. Our security (we are told) is predicated on us coordinated with nations whose human rights records are drenched in blood (*Cough*China*Cough*Saudi Arabia*Cough*Columbia*Cough*). The vast majority of us either don’t know or don’t care; not enough to raise a voice in protest, anyhow. Again, what does that make us? We might not be ourselves actively implementing imperialism and violence and despotism, but we still do rake in the rewards and howl for more.

We could try arguing innocence by virtue of not being the ones pulling the trigger on any of this, but the truth that history has taught us over and over is that simple knowledge of an injustice creates moral culpability. To ignore injustice equates with committing injustice. We simply can’t escape it.

Not without risk of being hunted down by zealously religious Irishmen…

And maybe that’s the answer. Maybe we can’t be so picky about where we draw the line between right and wrong. Maybe the answer is sweeping judgment. That’s not meant to be some fire and brimstone-esque statement, that’s simply a fact of the matter. You’re not good and evil only when you embark on a mission of genocide- you’re a participant in a viciously evil system until such a time as you act otherwise. You’re part of the problem until you’re part of the solution.

That’s not to say that you have to be flawless. You’re not going to be able to do that (neither am I, for that matter)- in part because we’re human, and in part because the world we live in simply isn’t going to cooperate. But people, we can at least try. I don’t think making an effort to not totally **** up the planet and all that’s in it is really all that much to ask, do you?