In With the Old [And In With the New]: The Silver Lining of Intertextuality

Last Friday I asked you all to watch a short video on the concept of intertextuality, which provides the basis for this week’s post.

While Nerdwriter1, the YouTuber responsible, initially describes the device as “something in a text, in this case a movie, that is shaped by another text” he later goes a step further in making the term distinct from mere allusion. Contemporary intertextuality, which he refers to as being “weaponized”, is defined as:

To use my own visual example, successful intertextuality results in a combination of:

Being able to recognize and understand the reference is important, but equally essential is having that recognization elicit feelings, whether they be of awe, or joy, or pleasant surprise. Simply identifying a shot in a film as the replication of a comic book panel matters most if you care[d] about that original work.

Nerdwriter1 cites weaponized intertextuality as providing, in many circumstances, a substitute to actual drama and strong narrative. The best example that I can think of in recent history would have to be Star Wars: The Force Awakens, which called back to so many iconic moments that it often felt like a retread.

One of many such instances was [MILD SPOILERS] the reveal of the First Order’s secret weapon, Starkiller Base. A clear riff on the Death Star in the original film, this particular WMD had the capability to destroy not one, but multiple planets. It’s the kind of creative decision one might expect from a parody sketch, but here we are- 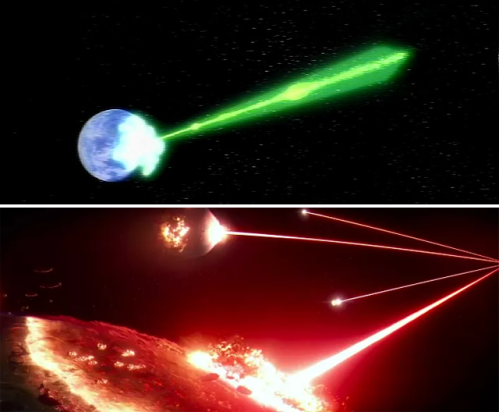 Yet in spite of hitting so many of the same beats in many ways The Force Awakens felt new, owing much to its, no pun intended, stars. Daisy Ridley’s Rey and John Boyega’s Finn co-leading the film, as a woman and a Black man respectively, helped offset the repetitive nature of its narrative. A similar setup is presented but the pieces are very different; it’s both an old story and a new one at the same time.

At the end of the video Nerdwriter1 admits that “when cinematic storytelling is confined by an economic situation [. . .] weaponized intertextuality is going to be an inevitable byproduct,” which is to say: all we can expect for the foreseeable future [see also: capitalism]. He then lists off a number of sequels and remakes being released in 2016. Looking over the upcoming films, as well as what else has been announced or rumoured as of late, it’s difficult to ignore the presence of another trend in the entertainment industry. 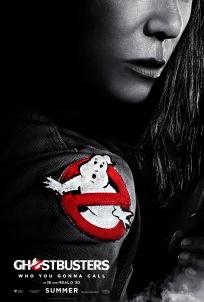 Ghostbusters, which hits theatres next month, has received the most attention so far due to it having an all-female primary cast and the internet’s visceral reaction to that fact. On that same note just a few days ago Roger Friedman confirmed that Cate Blanchett, Helena Bonham Carter, and Mindy Kaling would all be joining Sandra Bullock for a female reboot of Ocean’s Eleven. There has even been discussion as far back as 2012 for a version of Expendables that swaps out the mercenary group’s collective Y chromosomes for matching Xs.

The fact of the matter is that Hollywood can’t rely on slavish shot-for-shot remakes of what once worked. There’s a limit on how far nostalgia can get you, and on top of that is the fact that screenwriters, directors, et al. have no real desire to do what’s already been done. As much as it is about making money there’s also the desire to justify the existence of their product; otherwise why not simply release a remastered edition with updated graphics?

For all that weaponized intertextuality does to bring the same old tales to the silver screen there remains a bounty of promise. It’s legitimately exciting to see that in order to see that there appears to be a movement towards familiar events enacted by fresh faces, and that many of these faces happen to belong to women and people of colour. There’s also the opportunity for modern audiences to experience stories they otherwise might not have [while always retaining the ability to delve into the original if they so wish].

If, as Nerdwriter1 says, this trend and its growth really is inevitable then I say bring it on. Bring on the remakes, the reboots, the prequels, sequels, and sidequels. If in with the old is what we’re to expect then so be it, but heap on plenty of the new as well.

And if it results in Hollywood releasing another version of The Magnificent Seven with Denzel Washington in the lead role and Byung-Hun Lee as a knife-wielding assassin then it will have justified itself, at least for 2016.