In Ophelia‘s Seat: Anthony Garland Explains the Film’s Name, Length, and Even Its Genre 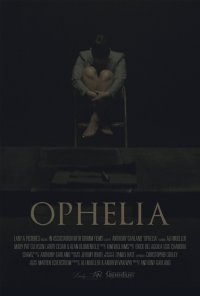 This past Friday the short film Ophelia
began screening at the 2016 LA Shorts Fest. The piece touches on fear, expectation, pressure, and ambition through a the first few minutes of a job interview with the title character. I was able to view and review the film for myself not too long ago.

Answering a few questions himself is Anthony Garland, the director. Garland has acted in a number of small film and television roles, and assisted other directors in filming such music videos as Lana Del Ray’s “Summertime Sadness”.

What did you want to be when you were seven-years-old?

THAT question! … A superhero. Super strength and invulnerability would be preferable but I definitely had to be able to fly. I was obviously past the age where you know that powers don’t exist, but I remember being pretty sure that I’d be the exception. I grew up reading comics before the characters had this cinematic renaissance; that was really my education in storytelling, art direction and frame composition.

What was the strangest question you’ve ever been asked in a job interview?

I’ve actually been relatively safe in interviews and auditions thus far… I feel like I’m the one asking the strange questions a lot of the time, but that’s deliberate! Just the nature of status and hierarchy, we forget that we’re all just individuals, regardless of position, and a job interview is as much for you as it is for the people that might hire you; so questions, however wacky, are a good way to set up a back and forth rather than sitting through an interrogation, which is what most bad interviews feel like.

Do you have any strategies when it comes to interviewing for a job [or auditioning for a role]? [How do you deal with pressure?]

Sure, and maybe this comes from having a background in acting, but so long as the focus is on something external, like engaging with the person opposite you by asking those questions, or really taking them in, then there’s no space to be self conscious. END_OF_DOCUMENT_TOKEN_TO_BE_REPLACED

In a world fraught with fears there are few experiences as anxiety-inducing as job interviews. While a failed date resolves in an extended period of loneliness a botched interview affects your very livelihood. In its first few moments Ophelia opens up with the titular character cautiously entering a derelict hallway, the sounds of her heels punctuating each step towards a room of other applicants.

Given the inherently terrifying nature of the event his piece depicts, director Anthony Garland fittingly chose to shoot the film like a horror movie. There’s a constant air of tension, which succeeds due to it never growing too overbearing. Ophelia‘s most unsettling moments might have been flashier and more overt in other hands, but there’s an admirable amount of restraint that extends from the cut from shot to shot [Garland also edited the film] to the sound direction.

As for the interview itself, the theme appears to grapple with the director’s chosen genre. If job interviews, like horror films, are frightening then how do we address and manage that fear? END_OF_DOCUMENT_TOKEN_TO_BE_REPLACED