A lot, and I’m telling you, a lot of people want to know what happened to MusclesGlasses of Epic Meal Time fame. For a while it was all you’d see in the comments sections of their YouTube videos, and a good number have found this blog by googling the character’s real name, “Alex Perrault”.

According to an article on New Media Rockstars Muscles stopped appearing as early as January 2013, which meant that for an entire year EMT has been without one of its strongest presences [besides that of Harley “The Sauce Boss” Morenstein himself, creator of the show]. For 365 days and change the show has been missing its most voracious eater,

END_OF_DOCUMENT_TOKEN_TO_BE_REPLACED

Looking Back at a History of Booze and Bacon

It’s been pretty evident for a while now that a lot of you have gotten here due to a post I wrote almost exactly a year ago, “Epic Meal Time: Leaving Grease Stains on Pop Culture.” In it I extol the internet show and its evolution into something that ultimately rewards long-time viewers, as well as its impact on pop culture.

Coinciding with the anniversary of my original EMT post is the show’s second birthday, and a loving tribute to their first episode ever, the Fast Food Pizza. Video below:

While two whole years of epic meals is impressive enough, what got me even more excited is what the crew uploaded yesterday.

The new feature, going by the name “Flashback Friday” is a director’s commentary of sorts, presumably all done by creator and star of EMT, Harley Morenstein. Essentially the entirety of their Fast Food Pizza episode, the main difference takes the form of pop-ups that are very reminiscent of Xbox Live Achievements, or [probably more accurately] VH1’s Pop-Up Video.

Additional changes include a bacon strip censor bar for Muscles Glasses’ eyes, as well as vocal distortion. From this point on they moved forward with turning him into a silent, powerful destroyer of fast food and liquor.

What I probably appreciate more than the fact that they made this video is that they haven’t removed the first. There’s a trend on the internet to simply remove or take down earlier work, or whatever you’re not proud of. Both Harley and Epic Meal Time are sticking to their roots in remembering the first video that got them where they are today. And that means not removing this video with Alex Perrault [as you’d call him sans aviators, I suppose], or another where they, believe it or not, actually use vegetables.

EMT announced on its twitter account that if fans liked the video then they’d continue to do more. While not all of the feedback was positive, I for one hope that the likes, and views, continue to multiply. Watching the behind the scenes of almost anything is interesting, even more so learning about the history behind two years of booze and bacon.

EDIT: After their fourth episode on YouTube the EMT guys have decided to move the show over to their own site. You can watch every one of the episodes here, where they continue to be put up every Thursday.

Last week the comics publication that I run put out an Epic Meal Time themed issue. While many here didn’t get it [need to better gauge my audience] it’s undeniable that the YouTube cooking show is nothing short of a cultural phenomenon.

It began back almost exactly a year ago, when Harley Morenstein uploaded a video of him and his friends eating a pizza they covered in fast food [it included an entire Big Mac and a Taco Bell Crunchwrap Supreme]. Ever since then Morenstein and co. have spiraled out of control, taking the internet by storm.

The following video is my personal favourite of theirs, and inarguably their most popular [at almost 11 million hits at the time of this writing]:

How big can a bunch of guys covering food in bacon get, you ask?1 Big enough to appear on The Tonight Show with Jay Leno and do a live show at the 2011 San Diego Comic Con. Type in “Epic Meal Time” followed by either “tribute” or “parody” on YouTube and prepare to be buried under an avalanche of internet video creators mimicking Morenstein’s in-your-face way of narrating the show.2

I watch these videos for more than the knowledge of how many different combinations of pork and alcohol3 there are, though. I believe this is a legitimately well-made show.

Continuity has allowed for characters like “Muscles Glasses” [Alex Perrault] to become this invincible juxtaposition of steely biceps and iron stomach. His ability to down shots of hard liquor mixed with anything from Big Mac sauce to gravy may not be inspiring, but is definitely impressive.

Tyler Lemco is without a doubt the comic relief of the show. Since the episode Maximum Mac & Cheese he’s begun devolving into a simpleton of sorts, a trend I definitely don’t have a problem with. It’s the little things, like him placing trays of bacon into the dishwasher with the phrase, “You put them in the oven, and then you’re done.” It may also have a lot to do with the fact that he appears to be the only one who has gained a significant amount of weight.

Josh Helkin has one one eyebrow perpetually raised.4 David Heuff’s always wears an exaggerated frown. Ameer Atari is, well, kind of a doofus.5 But I don’t hold that against him.

Harley Morenstein is the creator of Epic Meal Time, but since he edits the videos, conceptualizes most if not all of the episodes, and narrates using his own material he deserves a decent amount of credit.6 It may only be a three to eight minute show, but the content is still funny, the ideas fairly fresh, and the production values high. 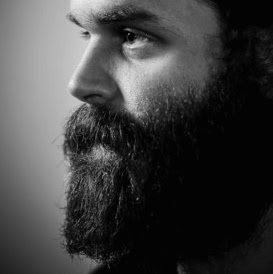 With a little help from his friends Morenstein has created a generation of people who now believe bacon is one of the five major food groups. He’s making money off of YouTube by cooking meat with meat. He’s affecting and making culture, inspiring dozens upon dozens of young people to stuff their faces for the sheer posterity of it. Epic Meal Time has left an indelible mark on pop culture. Probably because grease stains are just so difficult to get out.

1. I did realize that this was a pun. But only after I had already written it.
2. The best ones are definitely Vegan Meal Time and the Regular Ordinary Swedish Meal Time series.
3. And there you go. I just realized what a nightmare this show must be to devout Muslims.
4. He also looks high. A lot of the time.
5. That is a sweet name, though. Seriously.
6. Not to mention the beard. It pretty much has a life of its own at this point.