You should write about indie game development and how it’s changing the industry.

And so, after avoiding the topic for a little while, here we are.

EVAN: A pretty good example of this would be Braid. A more well-known example that you’ve probably at least heard about [and that both Gordon and I have played a decent amount of] is Minecraft.

END_OF_DOCUMENT_TOKEN_TO_BE_REPLACED

The last of my installments (for now) in looking at these rising alternative cultures is “Free Information Culture,”  which shares the same problem with “science” culture in that there’s really no good name for it yet. I’ve referred to it before as “internet culture,” only the problem with that is that, like “science culture,” it isn’t so much the culture of the thing itself as the culture of the fanbase. In simpler terms, it’s the difference between Hollywood culture and movie-lover culture- it’s the end product that’s valued.
So what’s the internet’s “end product”?

Whether it’s the news, or Wikipedia, or TED Talks, or Imgur, or anything else imaginable, it’s on the internet for free and public use. It’s something of a great equalizer. No matter where you’re from, what language you speak, what class you hail from- you can create or say anything and then get called gay in the comment section.

And while that last bit is sort of a joke, it does play a role in developing the “free information culture.” Granted, general anonymity can make us vicious and vile people, but it also (to some extent) strips us of our egos. When you make something online, you really don’t get much, if any, credit, but that’s alright since it isn’t the point. It’s just about creating, nothing more or less. Who drew the first rage face? Who started up Bad Luck Brian? Who edited and sourced that one Wikipedia page you used to stitch your last minute term-paper together? Who puts together those monthly fail compilation videos? I don’t know and will probably never know, but I do know that they’ll keep coming because of the simple joy of creating them. I and every other person with a half-decent internet connection.

And all of this simply isn’t understood by some people.

Recall the massive outcry against the SOPA and PIPA bills? What prompted the creation of  these acts was that some people- certain corporations in particular- couldn’t quite wrap their heads around the idea of free and unlimited access. Now maybe you agree with them, and maintain that posting copyrighted material of any kind is piracy and immoral, however, what needs to be understood is that this was viewed as an act on the very nature of the internet and everything it had come to represent.

Now more and more companies are catching on to the idea that it’s wiser to try to work with the faceless and vengeful cat-worshippers of the internet than against them- just look at video game companies that are starting to work in tandem with modders. The game Minecraft in particular is a good example of this, as many of the new aspects of each update to the game coming from the fan-forums themselves. Nevertheless, there are still plenty of people out there (I’m looking at you, Music Industry) who continue to struggle (vainly) against the dissemination of what they view to be the “information wants to be free” crowd.

Again, it all boils down the core of the culture that the internet has produced, gravitating around the concepts of freedom and egalitarianism. Look at Wikileaks founder, Julian Assange. 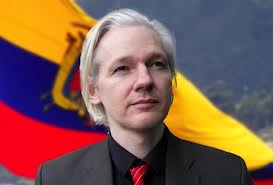 If he did his work back in the early 90s, we can be pretty sure he’d be viewed overwhelmingly as a candidate for a James Bond villain. But today we (for the most part) view him as being a heroic (or at least positive) figure in a world that’s become increasingly secretive and unequal. Why this dramatic shift in perception? Again, it’s the internet and it’s affect on us. In a time of economic crisis we might not be able to go to the movies, or eat out, or drive for miles to see a friend, but we can watch something online, or browse recipes, or video-chat with the same buddies that you’d otherwise not be able to see. Any threat to your full and unrestricted access to the internet is, by proxy, a threat to some of the last pleasures you have left.

Hence the formation of a culture obsessed with the values of free speech, free access to information, and freedom from censorship. And with every development of the internet or our access to it serving as another leap in the evolution of the culture, it’s safe to say that the howl of anger that the governments of the world met when trying to create such bills as ACTA is only going to intensify.