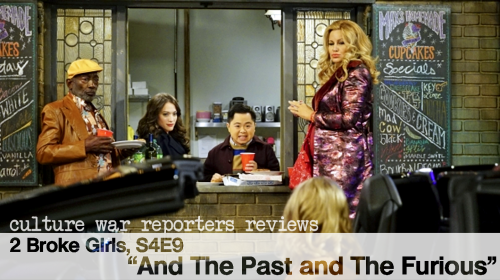 It sure is weird that CBS released their first 2 Broke Girls episode of the season on January 5th, and then skipped a week. Not a great way to build up momentum. Not that I’m complaining, honestly, because a) it’s always nice whenever I get to take a break and b) that last installment was super racist and I was not having it.

Thankfully the worst part about this episode is that I can’t find any gifs of Jenko freaking out about lambos from 22 Jump Street. Man, that’s a franchise I am always going to be behind. Anyway, to the episode-

This is one of those weeks where not a whole lot happens in these twenty-some minutes of TV. In fact, I think I can summarize it in half a dozen bullet points:

That being said, this was not a bad episode overall. END_OF_DOCUMENT_TOKEN_TO_BE_REPLACED