Why You Shouldn’t Watch Hobbs and Shaw 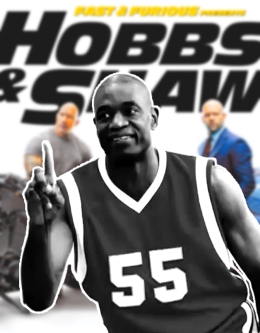 While it doesn’t quite promise to sweep the box office like the franchise it spun off from, Hobbs and Shaw is garnering a fair amount of excitement among demographics that want to see Dwayne “The Rock” Johnson do to a helicopter what Chris Evans already did in Captain America: Civil War back in 2016. Well, that and audiences that want to watch two of the biggest, burliest men in Hollywood punch a third big, burly man. That’s not to say that these are the reasons to give this action movie a pass (and in fact seem like strong arguments to actually go check it out).

As the marketing on some posters seeks to remind audiences, “This time there is no team.” In spite of the fact that Hobbs and Shaw is “presented” by Fast & Furious, Dominic Toretto and co. are nowhere to be seen. Not only is la familia absent, but this movie stars two of their former antagonists. Johnson plays the titular Luke Palagi Hobbs, a federal agent hellbent on taking them down in Fast Five, and Jason Statham is Deckard Shaw, an assassin-turned-mercenary who sought revenge on the team for putting his brother in a coma. That said, the general quality of villain-centric films isn’t the reason to skip this one, either (though Suicide Squad should have been enough of a deterrent on its own).

The reason not to watch Hobbs and Shaw takes place at the very end of Fast & Furious 6.