Look, internet, I get it, you want to know the answer to life’s tough questions. “Why did Max and Deke break up?” you cry, both to yourselves at night and to Google. They were a snarky, unstable relationship just waiting to fall apart, which was likely why we grew so attached to them and which made it all the worse when Eric Andre disappeared from the show without so much as a good-bye. The 2 Broke Girls writers know they have a lot to live up to with Deke still so fresh in our minds, and given that it’s high time [no pun intended] Max developed a new love interest we are presented with Sebastian.

Sebastian, previously known as “…”, because he and Max were doing the dirty on Tuesdays completely anonymously. This episode features probably the speediest turnaround I’ve ever seen between someone wanting to know absolutely nothing about the person they’re bumping uglies with and them thinking eh, why not, let’s just give in to their invitation to come out and watch them DJ. The swerve here is not a secret if you saw any of the ads [one of which I glimpsed while tuning into Survivor] for this week’s episode: Sebastian DJs at a Whole Foods.

A Whole Foods actually opened up down by the subway station I use on a near-daily basis, but I have never been inside. That being said I can neither confirm nor deny whether or not overly enthusiastic hunky men stand behind turntables and utter the most groan-worthy puns I have ever heard, example: “the music be pumpin’ and we buyin’ pumpkin.” That being said, even though the things he says are the worst Sebastian is not actually the worst.

Don’t get me wrong, he’s no Deke, but does serve as yet another means for Max Black to open up a little bit more. She fully recognizes what a painful embarrassment as a grocery store DJ he is, and how she’s affected by being associated with him. In spite of this she decides to keep hooking up with him. It may just be preaching how good sex trumps all things, but it’s early on and we’ll see how things go. It’s a much easier hurdle than Max realizing Deke was rich all along, that’s for sure. Other than that, however, all we really know about the guy is that he has no shame [again, see his day job] and that he’s a conscientious lover [they sure took a lot of turns when fooling around behind the dairy section].

Elsewhere in the Whole Foods Caroline spies Hilary, a former peer who took quite a bit of joy in the Channings’ fall from grace. It’s incredibly confusing in retrospect, because Hilary really lords it over Max’s BFF, trying to make her feel small when it turns out that she’s also lost her fortune and is a cashier in that very store. I can get wanting to make pretty [formerly] rich blonde girls feel bad about their lowly position in life, but when you’re also in the same boat? Her decision is made all the more suspect when it turns out her wealthy husband ran off with her father. I mean, eesh. I am hoping she shows up in future episodes to be Caroline’s archnemesis, but the whole thing was a little too weird for me to start with.

Lastly we have what I guess is the C Plot, which involves Sophie and Oleg possibly getting back together. I do want to remind you all that Season 2 ended with both Eastern Europeans declaring their independence from one another and that they were “back, baby,” but I guess life changes, and Ouija boards tell us what we should do and who we should love. I’m not sure there’s too much going on here, but having two [and possibly three, Caroline vs. Hilary, please!] relationships start up in this season’s second episode certainly isn’t a bad thing. Here’s hoping that we get some arcs going, and that Sebastian turns out to be more than just a great body and terrible produce-related puns.

The Title Refers To: Sebastian making a DJ face. Max says it in the ad for the episode. Pretty straightforward stuff. 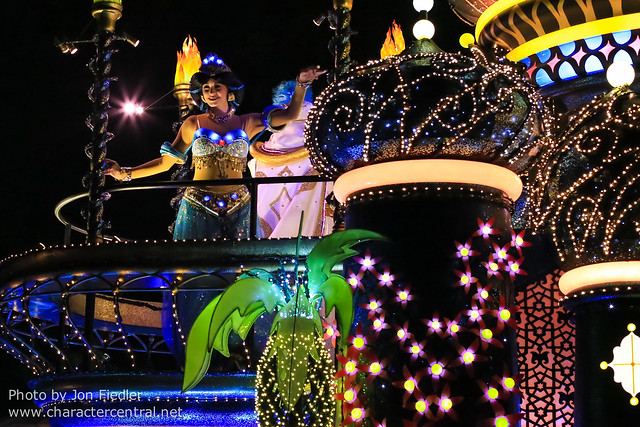 Honestly, it doesn’t look like that bad a gig.