On The Image Problem of Christ

Back when this blog started up, Evan and I had a discussion about a lecture given by Socialist novelist China Miéville. During that lecture, Miéville commented that “if one person hears what you’re saying and does something horrible, the issue’s probably with them. If hundreds of people consistently start doing horrible things, it’s probably time to re-examine your message.”

Those words returned to me a few months ago as I watched Family Guy’s “The 2000-Year-Old Virgin”, which depicted Jesus as a cowardly shyster, lying about being a virgin in order to bed Lois Griffin (and more than a few other women).

Grotesque? Repulsive? Offensive beyond all description?

It was certainly far from being funny, but readers, yours truly simply was not offended.

As sacrilegious and bitingly edgy as I’m sure the writers thought the story was going to be, I was merely disappointed by it. While I’m not going to excuse the laziness or insensitivity of Seth MacFarlane or any of Family Guy’s writer’s, I actually don’t think the majority of blame should be placed on them.

I think it should be placed on Christians.

Now I’m fully aware of how unfair or even insane that might sound, but bear with me for a minute.

For nearly 2,000 years Christianity has produced art and literature, and the vast majority of it has depicted either Jesus or God- and it’s with the latter in particular where I think much of the problem lies.

See, the early Christians of Europe were pretty eager to put their faith in context for the Romans, Celts, and Germanic peoples they came to live among. They weren’t exactly shy about adopting pagan symbols and traditions to help ease the (often forced at swordpoint) conversions of their neighbors. We might not dance around holy oaks, but we do have Christmas trees. Easter is rife with birds, bunnies, flowers, and a host of other elements pillaged from ancient fertility rights. And as for the Almighty-

-well, you can’t argue that his popular image doesn’t bear a striking resemblance to the bearded, musclebound gods of lightning and the heavens.

And it’s there that the troubles begin.

The problem with portraying God (almost exclusively) in the form of a human being is that it starts opening the doors for countless misunderstandings. Depicting God as having human form might help a person relate a bit, but it becomes all too easy to start reversing the process. When this is the only image we get it’s easy to forget that it’s all supposed to be a cosmic metaphor. Give God a nose and one questions if he must have to blow it from time to time. Give God hair and one must question if God has to comb it.

Granted, these will probably seem like trifling issues, but it all starts to compound itself. The more we get used to “God the Person” (as we’d understand personhood in a deeply limited, anthropocentric sense), the more we start placing assumptions on how the Alpha/Omega works. A humanized “God” is going to pass judgement in the same way a human ruler or king might pass judgement. God is not “love” but merely “loving”, not “justice” itself but simply “just”.

Why does that matter?

Because the more we do that, the more we move away from any kind of absolute “logos” and dangerously close to to this guy:

My apologies for how abstract that must sound

And yes, that’s exactly what happens.

Regardless of intentions, regardless or origins, that “kindly-old-man-in-the-sky” image is very present, and it is having an undisputed effect on both Christians and non-Christians alike. Just look at your Facebook feed. If you’ve got any number of Christian friends (those involved in the subculture, anyways), then you’ve undoubtedly been subjected to pictures like this:

Everyone’s got at least one friend or family member on Facebook who posts these reprehensible things, and before anyone starts trying to cite it as coming from a vocal minority, just look at the numbers on these things. Each one of ’em has “likes” well into the thousands. And while we could spend all day breaking down the lousy, manipulative theology behind ’em, we oughta be asking where this mentality comes from.

I’d blame the same impoverished and anthropomorphized version of God that so many have come to accept as reality. God, after all, is just some guy up in the clouds. Probably 100 feet tall and with a magnificent white mane that never needs conditioner, but still a human to be entreated or conjured up whenever he’s needed. Take a look at any of those cheesy, feel-good, factually dubious miracle stories ending with “And lo and behold, the cancer was gone!” 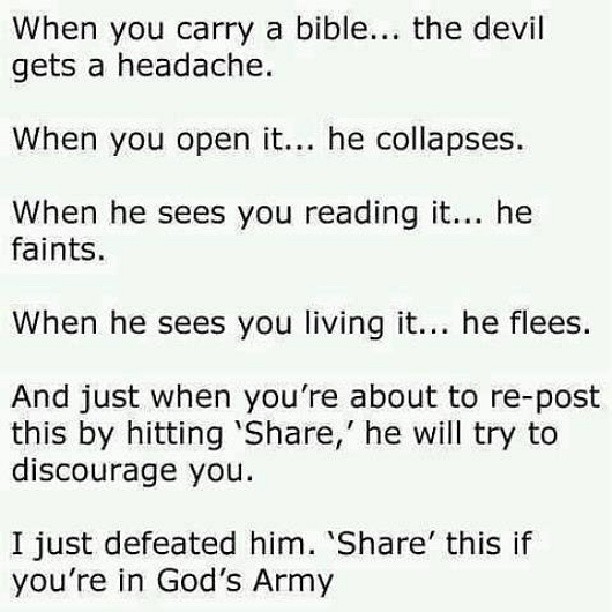 And I’m not here to castigate the occasional and amazing reversal of some horrible disease like cancer or tumors or MS or anything like that. But for every one of these stories, I can point to hundreds of thousands of good and godly men and women who don’t get healed. And with this anthropomorphic depiction of God, it can be easy to see how the faithful would claim divine favor and the skeptics would claim divine favoritism. The result is that God appears to so many as (at best) hopelessly ineffectual or (at worst) wilfully and maliciously capricious. Again, there’s some blame to be placed upon the person who interprets this stuff wrongly, but only some. The saccharine crap you see above is what I’d cite as propagating and perpetuating this vile, damn-near superstitious travesty of faith.

Is it any wonder that Soviet Cosmonaut Yuri Gagarin floated up among the stars and purportedly proclaimed “I see no god here”?

Well Yuri, that’s because we’ve been lazily and exclusively portraying God as some dude with a sky palace rather than a force beyond human comprehension, so yeah, sorry for the confusion there…

Is it any wonder that comedians mock (and rightfully so) the image of a wizened Zeus knock-off, or that we have the age-old “god must be a perv” joke?

Well yeah, this is how an omniscient, omnipresent human might act but God ain’t human. Sorry- the 2,000 years of Christians depicting him exclusively as that might have sent the wrong message. [Source]

Ok- this one’s more on you guys. [Source]

Not theologically or philosophically accurate, but I can definitely see how one would get the impression.

Again, the blame here lies with the creators of the images being mocked. I seriously doubt that any of these folks woke up one morning and out of the blue decided “Hey, I’m going to subvert the sum and source of justice, truth, love, etc, etc.” The reason for the pervasiveness of these jokes is because, for so many, many years this is the only image of God that was presented- an all-too-human being with all of humanity’s limitations and foibles. “A tame lion”, to steal some words. And heretical Facebook posts are simply the latest incarnation of this tradition of unchallenging (and therefore unconvincing) portrayals.

Just look at any… well, not “art“, but what contemporary Christians pass off as “art”.

Beyond the fact that most of this junk is just plain bad, there’s some pretty serious implications that go along with it. Just last year, we talked about FOX news anchor Megan Kelly’s insistence that “Jesus was white”.

Jesus was not white. As a Middle Easterner he’d have been pretty dark, and from spending years of his life wandering around the desert and the dusty roads of ancient Palestine, he would’ve been really flippin’ dark.

So where would anyone get the idea he was anything other?

Yeah, one might be led to draw some seriously bad conclusions from this picture right here. 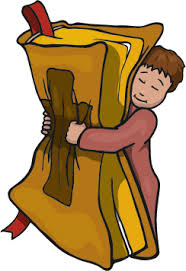 And this lovely piece right here:

So once again, it’s kinda difficult for me to sympathize with [Western] Christians complaining about being mocked. They might not deserve all of it, but it’d be hard for me to be convinced that they don’t deserve most of it. And the real kicker here is that the best contemporary portrayals of God are coming from non-Christians.

There’s the nameless supreme being of Darren Aronofsky’s Noah–

The mysterious entity in Isaac Asimov’s The Last Question-

-or the very similar being that Futurama portrayed-

And why is that?

Well, I think a lot of it has to do with a certain degree of boldness that the Christian subculture has been so long in lacking. Art- good art- is supposed to have some punch to it. It’s supposed to “comfort the disturbed and disturbed the comfortable”. Not every piece has to be some edgy piece of surrealism drenched in controversy-

-but it should have some kind of challenge to offer.

Or some degree of originality.

“Our Lady of Nagasaki”, if my research is correct

And the problem is a cyclical one. Wishy-washy art creates wishy-washy theology, wishy-washy theology creates even wishier-washier art, and on and on. The end result is a subculture so petrified of being heretical or blasphemous that the only art and media they can produce is the most uninspiring and spineless garbage (which winds up being pretty heretical and blasphemous anyways). Meanwhile, everyone outside the subculture looks on at the music, movies, literature, and art being churned out and conclude (not entirely falsely) that this– this– is what the faithful worship.

It needs to stop, people.

For the love of God.

One response to “On The Image Problem of Christ”